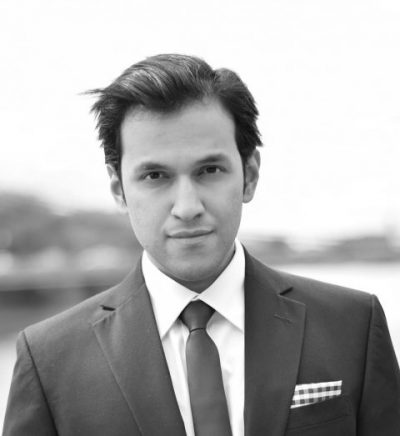 Dr Dwayne Ryan Menezes is the Founder and Managing Director of Polar Research and Policy Initiative.

Dr Menezes has long pursued a career at the intersection of academia, policy, social entrepreneurship and the arts. Over his academic career, he is a historian of the British Empire, the Commonwealth and the Polar Regions. He read History at the London School of Economics and Political Science (LSE) and the University of Cambridge, graduating from the latter with a PhD in History. He then served as Research Associate at the Centre of Governance and Human Rights (CGHR) at the University of Cambridge; Visiting Academic at the Centre on Migration, Policy and Society (COMPAS) at the University of Oxford; and Postdoctoral Research Fellow at Heythrop College, University of London. At present, he serves as Associate Fellow at the Institute of Commonwealth Studies, University of London, and Honorary Fellow at the UCL Institute for Risk and Disaster Reduction, University College London.

Over his policy career, Dr Menezes has served as Consultant to the Secretary-General of the Commonwealth, Principal Consultant to the European Parliament Intergroup on Freedom of Religion or Belief, Head of the Secretariat of the All-Party Parliamentary Group for Yemen in the UK Parliament, Research Associate to a UN Special Rapporteur, Governor of a Church of England school and Researcher at the London-based think-tank ResPublica. He is also the Founder and Director of the London-based international affairs think-tanks, Human Security Centre (HSC), which addresses current and emerging threats to human security; and Commonwealth Policy Development Centre (CPDC), which supports policy development across the Commonwealth. Under his leadership, HSC contributed to the negotiation process and side events at the 2015 UN Climate Change Conference (COP21) in Paris that led to the Paris Agreement.

Dr Menezes is also the Co-Founder and Director of C Change Arctic Ltd, a London-based investment firm that finances innovative and transformative projects – mostly infrastructure – in the Arctic and near-Arctic regions, and the Co-Founder and Director of High North Fisheries Ltd, an international seafood trader and distributor. He also serves as Vice-President of Arctic Today, the world’s foremost media outlet covering the circumpolar North; Board Member of JONAA, a photojournalistic media outlet covering the North Atlantic and the Arctic; Chairman of Arctic Encounter London, an annual trade- and policy- Arctic conference in the UK; and Co-Founder and Chairman of the Advisory Board of Think-Film Impact Production (TFIP), a film production company which supports established and emerging filmmakers by producing and promoting films that address social and political issues and advance positive social outcomes.

Dr Menezes is the author of several research publications and volumes, most recently The North American Arctic: Themes in Regional Security (London: UCL Press, 2019). He is also the Associate Producer of the Oscar-shortlisted, Emmy-nominated Canadian film My Enemy, My Brother (2015, 2017) that deals with refugees from Iraq and Iran in Canada; the American documentary COMPLICIT (2017) that looks at labour rights, global supply chains and occupational health and safety in China; the Italian-Venezuelan film La Soledad (2016) that depicts the economic crisis in Venezuela; and the South African film The Number (2017) that focuses on the numbered prison gangs of South Africa. In addition, he and his colleagues have been frequently consulted for analysis and commentary by the BBC, Channel 4, Sky News, Al Jazeera, Guardian, Telegraph, Independent, Evening Standard, International Business Times, Spectator, New Statesman, The American Spectator, DW, Arctic Journal, Arctic Deeply and other media outlets.