Trump’s Greenland Plan: The Rebirth of an 1867 American Dream 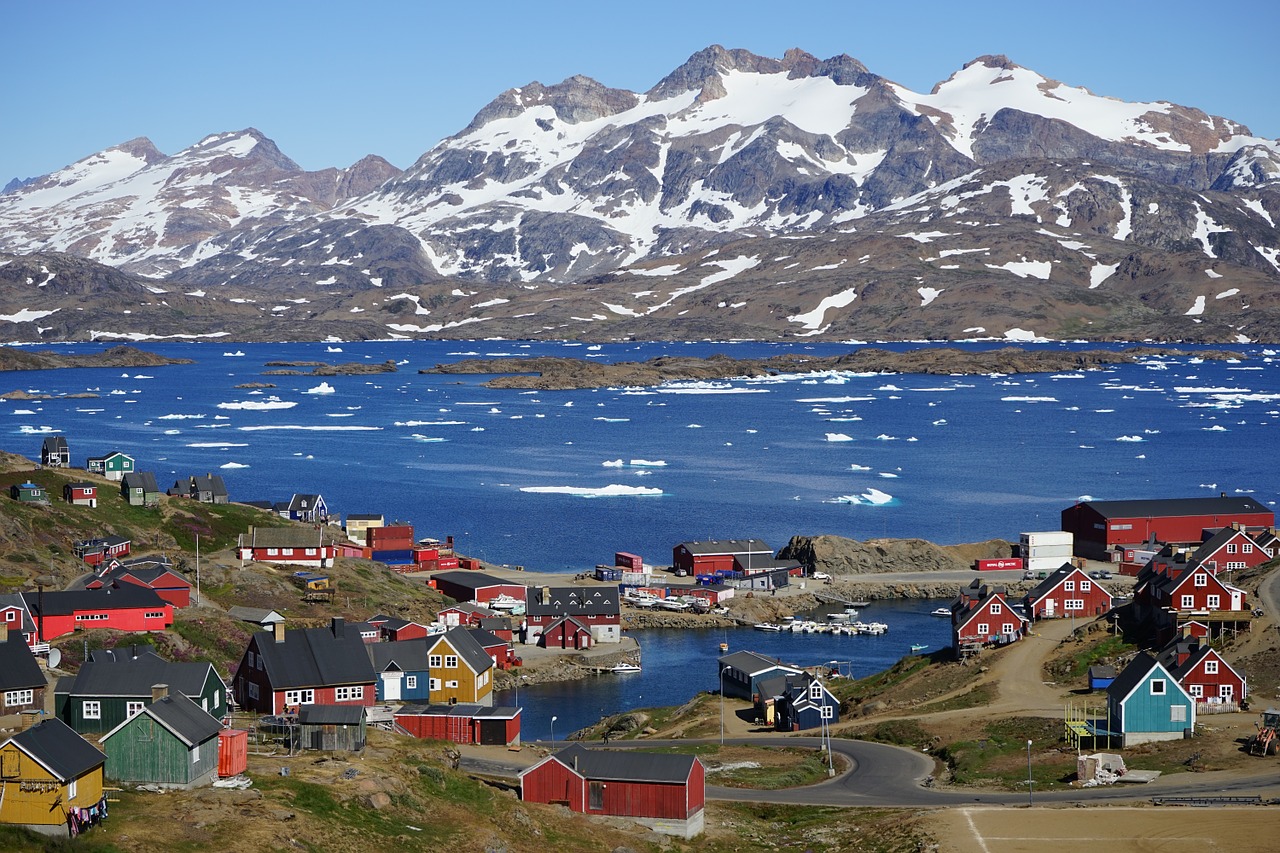 Late last Thursday, #Greenland was among the most trending items on Twitter – and, oddly, for a reason other than climate change.

After the Wall Street Journal broke the story that US President Donald Trump had repeatedly expressed interest in purchasing Greenland from Denmark and instructed his White House counsel to look into the matter, the world responded with disbelief. Either the United States had decided at last to drop all pretence of not being an empire, or the emperor had finally lost his marbles.

Soren Espersen of the Danish People’s Party was clear: if the story were true, then here stands the “final proof that he has gone mad.” Yet, while the idea that any power – however rich – can simply buy off the world’s largest island outright might sound laughable in the twenty-first century, Billy Perrigo rightly pointed out in TIME Magazine that, even in Greenland’s case alone, it is not without historical precedent. Perrigo shone a spotlight on similar plans made between 1945 and 1947. The origins of such ambitions, however, can be traced back even farther.

In 1867, while William H. Seward sat as US Secretary of State, the US purchased Alaska from Russia and negotiated the acquisition of St Thomas and St John with Denmark. Influential in these negotiations was Robert J. Walker, the former Governor of Kansas and US Secretary of the Treasury who had pushed also for the annexation or acquisition of Texas, Mexico, the Danish West Indies, Canada, Greenland and Iceland. In 1868, at Seward’s behest, Walker submitted a report on the resources of Iceland and Greenland that had been prepared for him by Benjamin Mills Peirce, a mining engineer, and endorsed by Professor Benjamin Peirce, Superintendent of the United States Coast Survey.

One reason for advocating the acquisition of Greenland and Iceland was the recognition of their vast resources. In the case of Iceland, Walker described it as having “fields beautifully green”, “mountains clothed in purple heath”, an atmosphere of “astonishing purity” and “over 100 warm springs in the geyser region”, but also “pasture and arable lands”, “valuable mines”, “splendid fisheries” and “unsurpassed hydraulic power” that could sustain a much larger population. Of particular interest were the “sulphur mountains, beds, and mines” that were “very rich and extensive, easily worked, and of immense value”, and wherefrom sulphur could be supplied “at half the cost of that furnished by the Sicilian mines” that were believed to be near exhaustion. Equally of interest were its “remarkable mountain of obsidian”, “vast beds of lignite of great value” and “superb fisheries”. Along with Greenland, Iceland also opened up the possibility of “an independent American line of interoceanic telegraph” and was, thus, strategically important to the US.

Yet, even Iceland’s significance to the US, Walker’s letter makes clear, paled in comparison with that of the territorial giant next door. Walker described Greenland with awe as “the largest island in the world… largely more than half the size of all Europe, but with a far greater shoreline” and that possessed “great mineral wealth” and “most extensive and protected fishing grounds”. Greenland’s harbours also presented the possibility of “summer ocean steam navigation 1,500 miles to Alaska” and then onwards, through the Bering Straits, to China, Japan, Oregon and California. Its western coast was said to be rich in “good” and “valuable” coal that could be “most cheaply mined, and close to good harbours”, making the transit through the Northwest Passage “practicable”. Furthermore, Walker noted, Greenland was the only place in the world where one could find kryolite, “a most important mineral” of “very rapidly increasing use and value” that appeared to be “inexhaustible” in Greenland and that was “mined in large quantities, its rapid development being due in great part to American enterprise”.

While these commercial considerations were undoubtedly important, Walker’s letter makes clear that his motivation for the acquisition of Greenland and Iceland was also political: the hope for the eventual acquisition of Canada. From the 1840s, the British Empire had witnessed a dramatic shift towards responsible government in its colonies in North America: in 1848-49, Nova Scotia, New Brunswick and the Province of Canada (later divided into Ontario and Quebec) in British North America achieved responsible government, and by 1867, the three colonies united through confederation to form the Dominion of Canada. Walker decried the government of the newly-established dominion as one conceived in England “in a spirit of bitter hostility to the United States” and that, threateningly, “intended to embrace all British America, extending from the Atlantic to the Pacific, with a railroad from Halifax to Puget sound, and an area exceeding that of the United States prior to the purchase of Alaska.”

By the purchase of Alaska, Walker observed, the United States had “flanked British America on the Arctic and Pacific, cutting her off entirely from the latter ocean from north latitude 54˚40′ to 72˚, leaving the new dominion but 5˚40′ on the Pacific, pressed between Alaska on the north and California, Oregon and Washington Territory on the south, with even British Columbia now being rapidly Americanized.” Yet, his project of American expansion was still incomplete: it was only the acquisition of Greenland next that would “flank British North America for thousands of miles on the north and west, and greatly increase her inducements, peacefully and cheerfully, to become a part of the American Union.” Moreover, Greenland’s “vast fisheries and extensive coasts and numerous harbours, especially with abundant good coal there, must greatly antedate the period when the United States will command the commerce of the world.”

Simply establishing the commercial and political reasons for acquiring Greenland and Iceland, however, was never going to be enough to persuade a domestic audience consumed with the financial implications of the Alaska purchase and ongoing negotiations with Denmark about the Danish West Indies. And little could be more compelling at home than a narrative granting the US a legitimate salvific role overseas. In his report, Benjamin Mills Peirce noted that while the Icelanders were “attached to their country by an intense patriotism” and frequently complained about neglect and maltreatment by the Danish government, Pliny Miles found “many Icelanders looking to America with the hope that she would send settlers to their shores to teach them the productive and practical arts.” Nevertheless, the Icelanders’ aspirations for independence, the report implies, would also make Iceland slightly less attractive as a strategic asset than Greenland, perceived as being more resource-rich and conveniently even less inhabited.

While the Peirce-Walker report was kept somewhat private, Walker and Seward hoped that the US Congress would have the good sense to throw their weight behind the acquisition of Greenland and Iceland. It was only when the US Congress did not grant approval even to Seward’s treaty relating to the acquisition of the Danish West Indies that Walker and Seward dropped their zealous advocacy of negotiations with Denmark for Greenland and Iceland. In fact, in what could be described as a “leak” in modern parlance, Walker’s report fell into the hands of the Wisconsin Congressman C. C. Washburn before it was published, and Washburn, in a speech against the appropriation of funds for the purchase of Alaska, scornfully alerted Congress that, at that rate, funds would be sought next for the purchase of St Thomas and then also for Greenland and Iceland for the acquisition of which there were already plans underway. News of the plans were met with derision and laughter, though there was support in some quarters for the eventual acquisition of Greenland. Nevertheless, the plan did not materialise.

Seven decades later, the outbreak of the Second World War rendered Greenland’s strategic importance startlingly evident. On 9 April 1940, Germany invaded Denmark as part of Operation Weserübung, making Greenland the unoccupied colony of a colonial power that was now occupied. With Denmark under German occupation and cut off from its communication lines with Greenland, the resident governors of North and South Greenland (the two administrative units would only unite in 1950) invoked a provision in a 1925 law to assume direct control and declared Greenland self-ruled. Although Britain and Canada had mooted the idea of occupying parts of Greenland earlier on, the US – still neutral at the time – rejected any third-party intervention and stepped in to guarantee Greenland’s position. A year later, on 9 April 1941, the Danish Ambassador to the US went against his government to sign an agreement with the US Secretary of State Cordell Hull that allowed for US troops to be stationed in Greenland.

By 1945, Greenland was home to substantial US military infrastructure and served as a de facto American protectorate. As the decade progressed, its strategic importance to the US – evident in relation to Nazi Germany during the Second World War – was also evident in relation to the Soviet Union during the Cold War. In 1946, with “military necessity” as the cited factor, the US secretly offered Denmark US$ 100 million in gold bars to purchase Greenland outright. For William C. Trimble, Assistant Chief of the State Department’s division of Northern European Affairs, while “there [were] few people in Denmark who have any real interest in Greenland, economic, political or financial”, purchasing Greenland would provide the US “valuable bases from which to launch an air counteroffensive over the Arctic area in the event of attack.” AP reports that a telegram sent by the US Secretary of State James Byrnes to the US Legation in Copenhagen indicated that Byrnes made the offer to Danish Foreign Minister Gustav Rasmussen in New York on 14 December 1946.

While neither the 1867-1868 nor the 1945-47 episodes of American history culminated in the US acquisition of Greenland from Denmark, they illustrate that this 2019 episode – while shocking due to its apparent spontaneity and disconcerting because of its unabashed pomposity – is not without historical precedent. Does this mean the American Union is about to acquire its 51ststate? Probably not. Does it indicate that Greenland may already be more of a geopolitical hotspot than we imagine? It most certainly does.

What lessons might Trump wish to learn before delving further into his folly? First, as the Danish Prime Minister Mette Frederiksen stated, “Greenland is not Danish. Greenland belongs to Greenland.” And second, as Greenland’s Foreign Minister Ane Lone Bagger noted, “We are open for business, but we’re not for sale.”