The Commonwealth and the Polar Regions: A Historical Overview 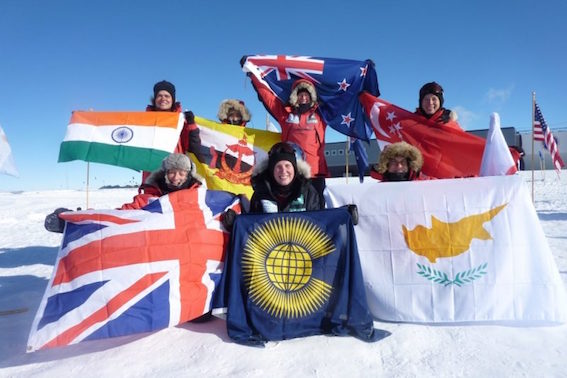 When the Antarctic Treaty was opened for signature in 1959, its original signatories were the 12 countries most active in Antarctica during the International Geophysical Year of 1957-58: four of these – Australia, New Zealand, South Africa, and the UK – were Commonwealth member states. Only recently had these countries, along with the United States, also sponsored the Commonwealth Trans-Antarctic Expedition, which, between 1955 and 1958, had completed the first successful overland crossing of Antarctica via the South Pole. Alongside these four countries, five other Commonwealth states – Papua New Guinea, India, Canada, Malaysia and Pakistan – have acceded to the Antarctic Treaty since, with India also joining the original four as a Consultative Party. Consequently, as of 2016, 9 of the 53 Parties to the Antarctic Treaty – and 5 of the 29 Consultative Parties – are Commonwealth member states. Likewise, three of the seven countries that have territorial claims in Antarctica are members of the Commonwealth: Australia, New Zealand and the UK.

On the other end of the world, the Arctic too has served as a stage on which various Commonwealth players have made their exits and entrances and played many parts. While the UK may have played a pioneering role in Arctic exploration since the Italian John Cabot – under the commission of Henry VII of England – sailed towards Newfoundland in 1496-97, the UK gradually ceased to be an Arctic state, with Canada acquiring Dominion status in 1867 and the transfer of British Arctic territories to Canada in 1880. Nevertheless, in 1920, when the Svalbard Treaty – which recognised the sovereignty of Norway over the archipelago of Spitsbergen but granted all signatories equal rights to engage in commercial activities therein – was signed, the 14 original High Contracting Parties included the UK, Canada, Australia, New Zealand, South Africa and India. When the Ottawa Declaration of 1996 formally established the Arctic Council, Canada – with 162,000 km of Arctic coastline and 25 per cent of the global Arctic – obviously featured among the eight Arctic member states. Of the 12 non-Arctic states admitted as Observers to the Arctic Council since, three are Commonwealth member states: India, Singapore and the UK.

Beyond the involvement with polar exploration and engagement with Arctic and Antarctic regulatory frameworks and policy fora, the Commonwealth connection – even if not always visible, recognised or mobilised as such – has proven to be a significant behind-the-scenes force in areas such as heritage conservation and international maritime and environmental governance. The forgotten, and yet significant, role of the Commonwealth in the history of the environmental movement is a case in point. In 2016, whether in the case of Singapore hosting the Arctic Circle Forum or that of Malaysia hosting the Delegates Meeting and Open Science Conference of the Scientific Committee of Antarctic Research (SCAR), it is clear that even some tropical Commonwealth countries do not see themselves as disconnected from the Polar Regions. The success of the Many Strong Voices (MSV) Programme that links organisations in the Arctic and Small Island Developing States to address climate change only highlights the value of the understated Commonwealth connection, with MSV partners in Barbados, Barbuda, Belize, Canada, Cayman Islands (UK), Fiji, Kiribati, Lakshwadeep (India), Maldives, Samoa, Seychelles, St Lucia and Tuvalu.

While it is apparent that there has always been some degree of Commonwealth connection – direct or indirect, formal or informal, accidental or intentional, individual or collective, genuine or perfunctory – with the Polar Regions, how did and does this connection actually manifest in practical terms remains relatively unclear. Given the experience and expertise of its team in relation to the Commonwealth and the Polar Regions, Polar Research and Policy Initiative shall seek to uncover the oft-forgotten story of the Commonwealth connection with the Arctic and the Antarctic: