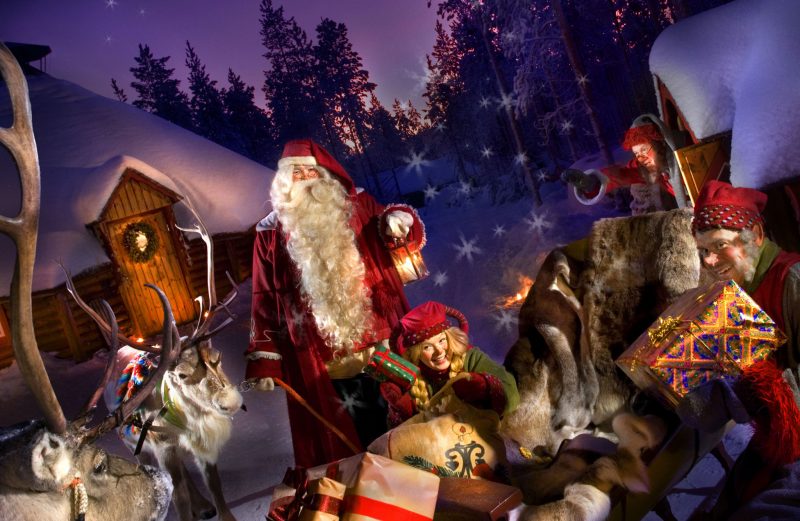 Next to its pristine nature and Northern Lights, Lapland is known for accommodating Santa Claus and his elves. In Rovaniemi (“the official home of Santa Claus”), Ilkka Länkinen and his wife Katja run SantaPark, which offers its visitors a unique experience with Santa in the beautiful Finnish countryside. More recently, the couple also opened their own accommodation, the Arctic TreeHouse Hotel. We talked to Ilkka about the experience of staying with them and the tourism industry in Lapland, and I have to honestly say I want to book a stay there right away – if only they weren’t fully booked this winter!

How was the legend of Santa Claus in Lapland created?

In the 1920s, Finland had a very famous radio host, and he used to tell a tale about this place called the Ear Mountain, where, according to his story, Santa Claus lived. The mountain shaped like an ear could hear the thoughts and wishes of children everywhere. Later, after the Second World War, Finland, like many other countries, received aid under the Marshall Plan. Because Rovaniemi was entirely destroyed during the war, the Roosevelts came to Lapland in the 1950s to witness the rebuilding process. Mrs Roosevelt was very taken with the idea of visiting the Arctic Circle, and so Finnish officials built her a cabin just above the Arctic Circle. Later, in the 70s, there was a huge plan to have a Father Christmas land in Lapland in the same area that Mrs Roosevelt had visited in the 50s. The idea came from a Finnish TV host who had visited Disneyland and wanted to create a similar experience around Christmas in Lapland. But in the end, it appears he was 30 years ahead of his time, because the idea was forgotten and only implemented in the 80s. But in the 80s, a place was built close to the place Mrs Roosevelt had visited in the 50s, where one could see Santa Claus every day of the year free of charge. I believe that the idea has become particularly successful because Santa himself is a figure of hope, love and sharing. In that sense, he’s the ultimate children’s ambassador in experiencing those values all around the world.

Tell us a little bit about the idea behind SantaPark and the Arctic TreeHouse Hotel?

About two decades ago when SantaPark first opened, in 1998, I was one of the first to graduate from the school for Santa’s helpers. So my job was then to help Santa Claus in the SantaPark, and in early 2000, my wife joined me as a business partner, and we started working on creating a venue for the whole Christmas experience in 2006. We purchased some land near the city of Rovaniemi and, in 2007, opened the Santa Forest. In 2009, we bought majority shares of SantaPark Ltd from the government and city of Rovaniemi. Because we didn’t have our own accommodation at the time, we started developing the concept of the Arctic Treehouse in 2014/15. Our goal was to create accommodation which allows our guests to experience nature while maintaining a feeling of warmth and comfort. And I think, together with our architects, we did a pretty good job in transforming those ideas into reality with the Arctic Treehouse Hotel that opened in 2016. With Santa’s Secret Forest, we are trying to create a quality experience, which is much more private and exclusive than similar experiences. While, for example, in Santa’s village, you sometimes have thousands of people queuing and waiting at the same time, our aim is to create an exclusive experience for just you and your family.

How do you create the ultimate Christmas experience?

For Christmas experiences, we are the best in the world, but it is not just that. While we have the Santa Secret Forest and the SantaPark, we also offer a set of other experiences distinct to the Finnish culture and landscape. I mean, technically, here you can experience Christmas any day of the year, but the Christmas season itself is of course rather short, so we offer, for example, sauna experiences. But first and foremost, we want people to experience our pristine nature in winter time. This also includes the famous northern lights. 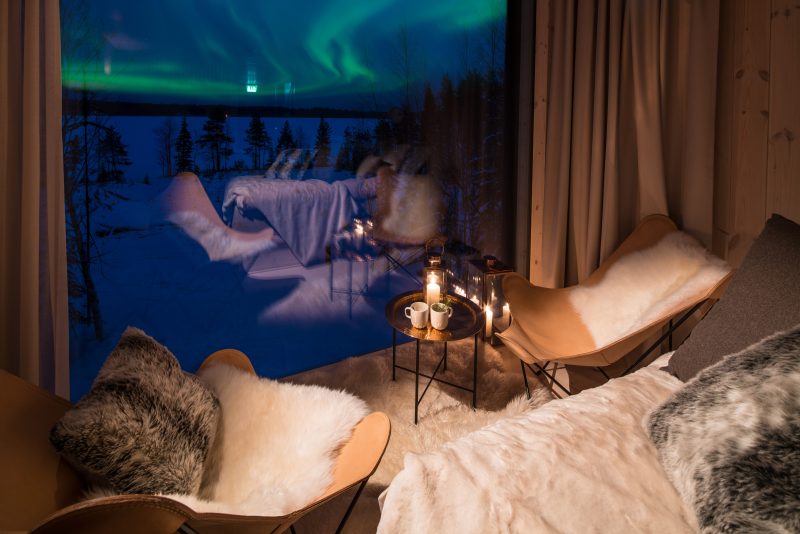 SantaPark is located directly underneath the Arctic Circle, and since the Arctic Treehouse Hotel is located just above SantaPark, the Arctic Treehouse Hotel is actually just above the Arctic Circle. In summer time, we have the summer sun, and in winter time, we have complete darkness and the northern lights. Our nature and the water are extremely clean, and we have the second cleanest air in the world. We try to include as many local elements into the experience of staying with us as possible. For example, we use locally grown food and produce meat and fish and also veggies depending on the season. So, we have all these really pure ingredients, and every time new guests arrive, our aim is to create the perfect experience recipe for them. Hence, the experience is really unique, and that is precisely what many of our guests, who have travelled quite a lot, seek. This idea is also embodied in the Arctic treehouses, where we want to create something new, something different that hasn’t been done before. Not only are we trying to create an experience in this unique nature, but we are also trying to bring a high level of comfort to our guests. Everything is kept in a Scandinavian design, which adds a distinct level of comfort. If our guests like, they can even take part of this experience home by purchasing selected pieces of our furniture. Through the activities we offer, we are really trying to create a wellness experience, where people can relax and find quiet and peace. As our lives become more hectic, we believe that this type of vacation is going to be a future trend for people who want to escape their daily routines for a couple days.

How has Santa tourism benefited Lapland?

We would not have tourism and travel business in the whole of Lapland. Firstly, we would have much less flight connections and also other kinds of public infrastructure. Moreover, the chain of creating the experience is very long and that boosts our local economy. It’s similar to manufacturing some kind of gadget, but instead of gadgets, we are in the business of manufacturing experiences. But similarly, our value chain includes energy supply, logistics, and several other subcontractors. Basically, we have the same principles as any other production industry, but we are  just not making a physical object. Since Santa tourism goes back to the 1950s, many people have formed this experience over the years. Santa tourism in Rovaniemi is one of the biggest employment and economic sectors of this area. Also with our business, we are benefiting the local economy because we purchase our goods locally and we try to promote those goods to our visitors. For example, yesterday, we received leaflets and brochures from a local family-owned meat and fish producer who have their own small store just next to us. 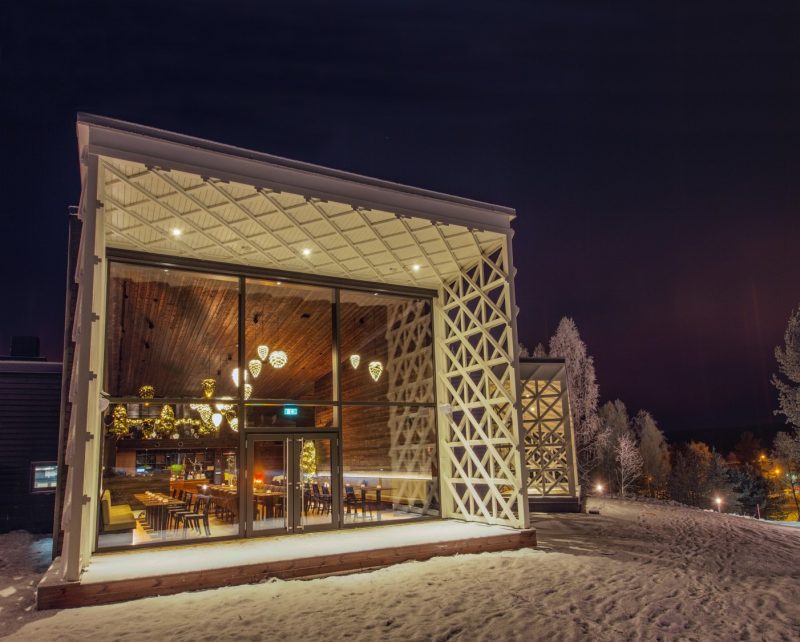 It’s growing very fast and we are now facing some challenges, like finding skilful workers. We are trying to tackle this problem by finding unconventional solutions. For example, some of our top chefs come from the south and stay in the north for the winter season, and in the summer season, they migrate back to the south and then hopefully come back to us the following year. Fortunately, we’ve now got the whole European Union to find skilful employees. 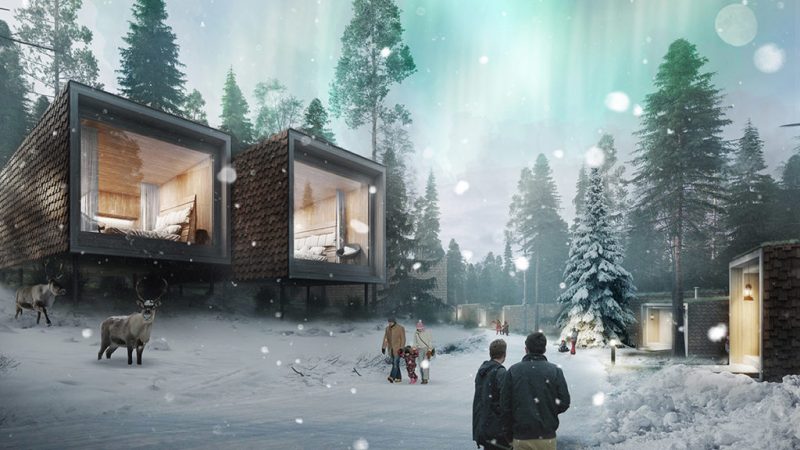 What makes the Arctic Treehouse Hotel the perfect Christmas destination?

Not only are we directly located on the Arctic Circle, but also Santa himself and the elves are close by and quite easily accessible. The only problem is that you have to book far in advance because our Christmas package is currently sold out. We are sitting in a beautiful spot in the Arctic nature, and we want to make your stay unforgettable!

Note: The Arctic TreeHouse Hotel was the Official Hospitality Partner of Polar Research and Policy Initiative (PRPI) when it hosted a panel discussion on ‘SDGs in the Arctic’ at the Rovaniemi Arctic Spirit Conference in November 2017. Many of our panellists and team stayed at the hotel and absolutely loved the place, prompting our director, Dr Dwayne Ryan Menezes, to commission this interview. “This has to be one of the most unique and memorable hotel experiences one can enjoy anywhere in the world”, observed Dr Menezes, “but what makes it so special is not just how its nest-like homes embed you within its spectacular surroundings, but that, like with the rest of the city of Rovaniemi and the county of Lapland, it demonstrates how creativity and innovation can transform Arctic winters from being a low season associated with adversity to a high season associated with opportunity. It highlights the important role that businesses can play as partners in advancing aspirations for sustainable development.”

Lana Ollier is an Associate in the Geopolitics and Security Unit at Polar Research and Policy Initiative and leads our interview series ‘Polar Matters’. She is currently completing an MSc in Environmental Policy and Regulation at the London School of Economics. She holds a Bachelor’s degree in Political Science from the Freie Universität of Berlin.