Arctic Security and the Russia-Ukraine War: The View from Norway 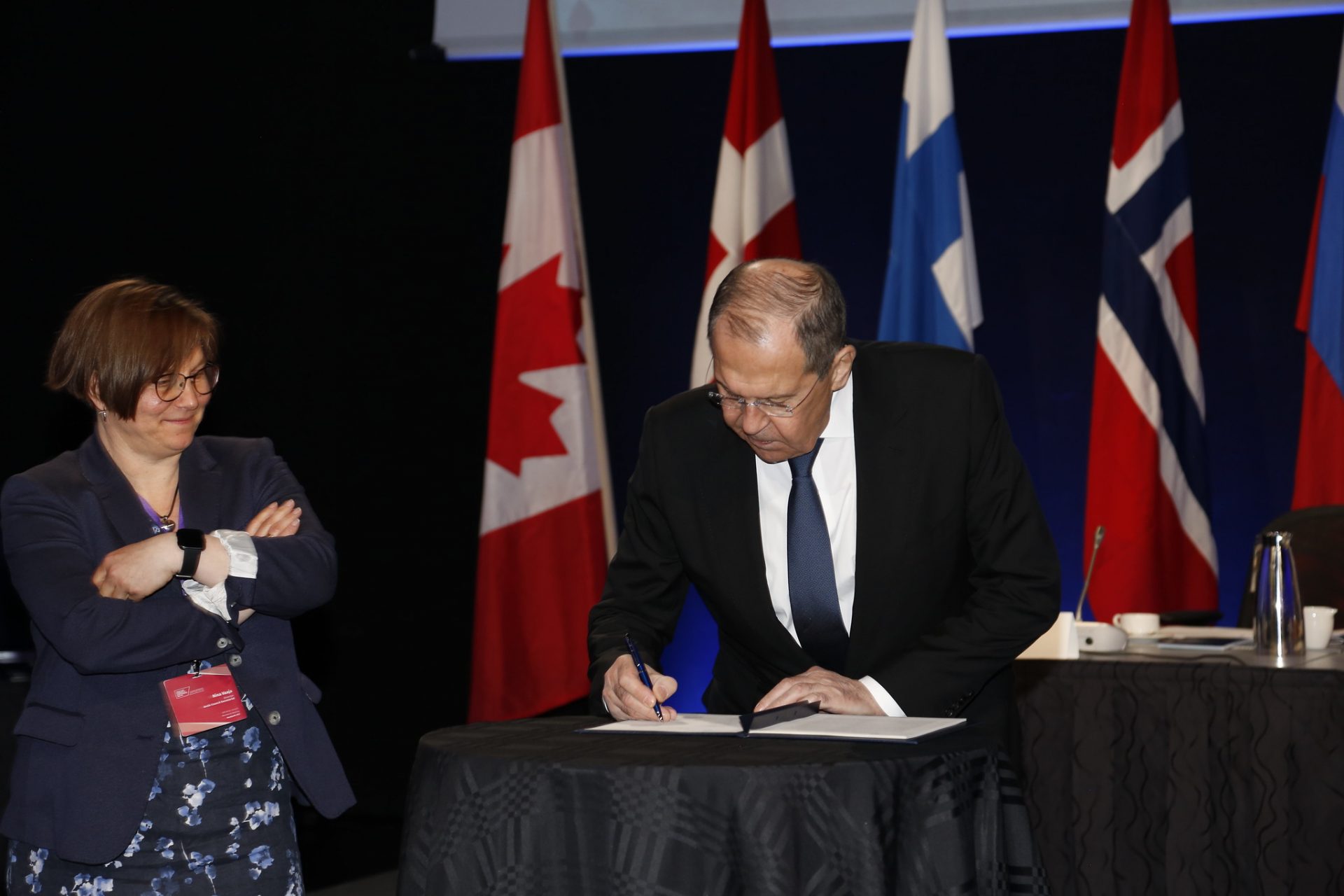 As a frontline state, both in regards to the Arctic and having a northern border with Russia, Norway is finding itself at the centre of the emerging question of how the illegal invasion of Ukraine by the Vladimir Putin regime will affect Arctic security. Although there have been few signs of direct spillover into the far of the conflict, signs are already appearing in abundance that the Nordic Arctic will not be unaffected.

As of yet, there has been no significant change in Russian military activities in the Arctic and on the country’s Arctic borders, save for the movement of vessels from the Russian Navy’s Northern Fleet southwards, later joining ships from the Baltic Fleet in attacks on Ukraine. Norwegian Prime Minister Jonas Gahr Støre confirmed shortly after the invasion began that there was no evidence of increased Russian military actions near the European Arctic, including on the Norwegian-Russian frontier, (Northern Norway’s land border with Russia is 196km long, and the two states share a sea boundary in the Barents Sea). The Støre government has also joined other world leaders in condemning the Vladimir Putin regime, as well as that of Alexander Lukashenko in Belarus, for supporting the Russian invasion.

The Støre government has also agreed to back European Union sanctions against Moscow, although Norway is not itself an EU member. As numerous demonstrations took place in Europe and beyond [video] in support of Kyiv, a small crowd calling for a halt to the fighting had gathered a day after the incursion in front of the Russian Consulate in Kirkenes, a Norwegian town close to the Russian border. The launch of the invasion had taken place during the annual Kirkenes Conference in the border town, prompting Russia’s Ambassador to Norway, Teimuraz Ramishvili, to withdraw [in Norwegian] from the dialogue.  As well, since 2012, an Agreement between Norway and Russia on Facilitation of Mutual Travel for Border Residents allowed for visa-free travel between residents of Norway’s Sør-Varanger county near the border, and in the adjacent Nickel and Pechenga municipalities in northwest Russia. Cross-border visits had been halted during the Covid-19 outbreak, and there had originally been expectations that traffic would recover as the pandemic subsided.

Northern Norway also houses key regional institutions, the most prominent of which being the Secretariat of the Arctic Council in Tromsø. The organisation, founded in 1996, was created to address developmental, sociological and environmental concerns in the high north, while steering clear of hard security matters. The Council’s founding document had stressed that military affairs would not be included on its agenda. The organisation sought to develop areas of needed scientific cooperation which would include representatives from all eight Arctic governments, including Moscow, and had become more internationally known as the region began to open up to greater economic activity as polar ice levels continued to recede.

An unwritten agreement within the Council that member governments should ‘check their politics at the door’ first experienced serious strains as diplomatic differences between Russia and Western governments after Moscow’s annexation of Crimea and subsequent military incursions in eastern Ukraine since 2014. Nevertheless, Council activities did continue with Russia as a full participant, and it had been hoped that new avenues of engagement with Moscow would be possible as the Chair position of the organisation was passed from Iceland to Russia. The organisation had just returned to a semblance of regular operations in 2021 after a difficult period sparked by the isolationist regional policies of the then-Donald Trump government in the United States. Washington’s return to the organisation’s efforts in addressing the growing number of environmental dangers caused by rising Arctic temperatures was only possible at the most recent Ministerial meeting in Reykjavík last year.

The conflict in Ukraine, however, became a bridge too far even for the largely ‘apolitical’ Arctic Council. On 3 March, it was announced that seven members of the organisation would not send representatives to Russia, effecting placing upcoming gatherings and plenaries in abeyance, and that the seven governments would also pause participation in all meetings of both the Council and its subsidiary bodies. Russia had been expected to retain the Chair’s role until next year when the position was to rotate to Oslo, and so it is uncertain how long the suspension of operations will last.

The immobilisation of the Arctic Council comes at a perilous time given the growing challenge of regional climate change, as just underscored by the latest report by the United Nations’ Intergovernmental Panel on Climate Change (IPCC) published last month, which included renewed warnings about adverse effects on Arctic ecosystems and wildlife, and the mounting threats of wildfires and permafrost loss.

The Arctic Economic Forum, which also has its offices based in Tromsø, issued a statement on 1 March condemning the invasion. The organisation, which was created in 2014 to assist in the coordination of business interests in the far north, includes high-level Russian corporate members, including shipping concern Sovcomflot and energy firms Gazprom and Novatek.

There is also the question of the effects of the Ukraine conflict on Track II (sub-governmental) events in Norway and the Nordic region which have provided additional opportunities for regional debates, information sharing, and scientific endeavours. These include the Arctic Circle, which had resumed its normal annual gatherings last year in Reykjavík, as well as Arctic Frontiers in Tromsø, which is to take place this May. Other northern initiatives which have provided opportunities for cooperation between Russia and other Arctic governments, including via the Arctic Coast Guard Forum, may also now be affected.

As a member of NATO, Norway also figures prominently as the alliancing had begun designating the Arctic as a higher priority in response to Russia’s growing military presence in the high north. The Putin regime had placed a great emphasis on the opening of Siberia and the Russian Far East to improve the country’s economic fortunes which had been battered by post-Crimea sanctions and then the pandemic. Central to these plans were developing oil and gas projects and creating a ‘Polar Silk Road’ with the financial and logistical assistance of China, as a trade conduit between Europe and Northeast Asia. There had been much discussion in Northern Norway as to how the region should respond to the probability of increased sea traffic via Russia’s Northern Sea Route. However, as global economic links with Moscow continue to be severed, the future of this Arctic trade route is now clouded.

NATO’s next major joint military exercise, Cold Response 2022 is scheduled to begin in March of this year including in the Arctic regions around the northern city of Bodø and in Porsangmoen, Finnmark, and will take place at time when security relations between Moscow and the West have reached a new nadir.

In many ways, Norway is finding itself caught up in the upending on Arctic regional cooperation and an uncertain future of the region’s security, and is now having to reconsider how Arctic diplomacy will go forward as a result of Russia’s aggression.

Dr Marc Lanteigne is an Associate Professor of Political Science at UiT: The Arctic University of Norway, Tromsø, specialising in China, East Asia, and Polar Regional politics and international relations. He has previously taught in Canada, China, New Zealand and the United Kingdom, and has researched throughout the Arctic region, as well as on Antarctic politics and legal issues in Argentina, Australia and NZ. He is the author of Chinese Foreign Policy: An Introduction, co-editor of the Routledge Handbook of Arctic Security, and has written several books and articles about Chinese and Asian politics and foreign policy, including in regards to polar diplomacy. He is chief editor of the Arctic news blog Over the Circle, which has been cited and quoted in international news services including CBC News and Quartz. His current research includes work on the politics of non-Arctic states, including in the Asia-Pacific, within the Arctic policy sphere.