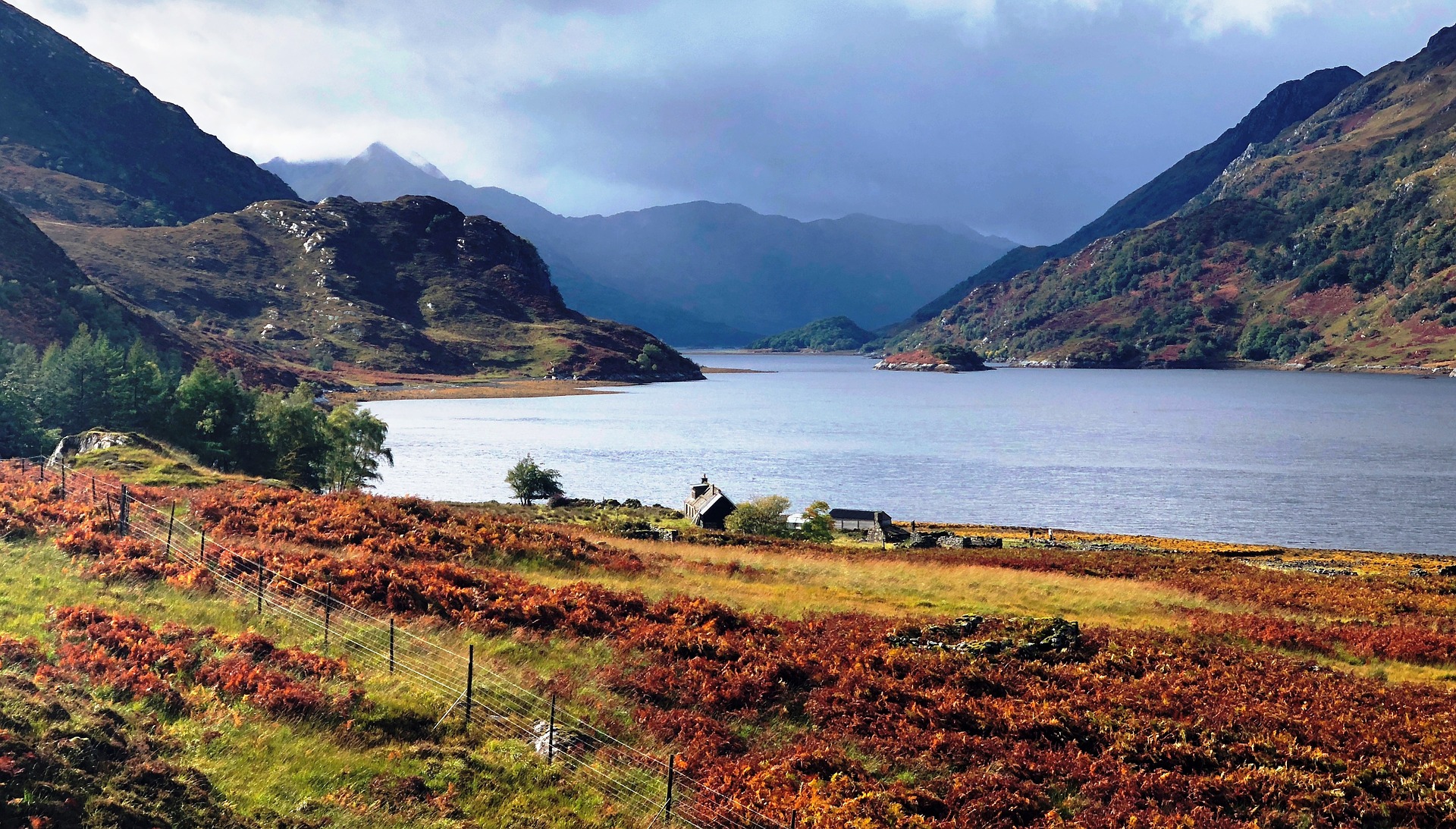 Image by Bill Kasman from Pixabay.

The recently released Scottish Arctic Policy Framework provides significant insight into the parallel challenges and opportunities that both Scotland and the Arctic region face. In this post, I will focus on the role of local (rural) communities.

In the policy framework, rather great emphasis is put on rural communities in Scotland. Upon reading the framework, and as the framework itself states, it becomes abundantly clear that both Arctic communities and Scottish rural communities have not only much in common, but can learn important lessons from each other. For instance, outmigration and lack of opportunities, particularly for young people, is a continuing and menacing problem for many communities in both the Arctic and Scotland. Lack of employment, remoteness, lack of educational and health services all prove adversarial to the idea of a sustainable community.

The remedy, of course, is to provide more opportunities, to provide health and social services, and to strengthen the educational facilities for remote rural communities. Both in the Arctic and in Scotland, therefore, initiatives have been taken to bolster telemedicinal services, to make working in the health and social sectors attractive and to further foster local and rural entrepreneurship. And it is true, the framework states that “all Finns have online access to their health records and their e-prescription history.” As a German living in Finland, I, and everybody else living here, have access to my health records everywhere, making treatment all over the country much easier (of course, this does have privacy implications, but this is an issue I shall not cover here).

Not surprisingly, Scotland has established connections to Arctic initiatives, such as entering into different Memoranda of Understanding (MoU) with health institutions in Arctic countries, as the framework highlights. What is also mentioned is the fact that two Scottish universities, the University of Aberdeen and the University of the Highlands and Islands are non-Arctic members of the Arctic-wide university network University of the Arctic (UArctic). Especially in relation to the University of Highlands and Islands, this is noteworthy since, as the framework shows, it is particularly the remote islands which face the challenges of outmigration and lack of opportunities.

The policy framework refers to the need to bolster rural entrepreneurship and, as part of this initiative, to strengthen the role and possibilities of women. It highlights the contributions of the Scottish Government’s Women in Agriculture Taskforce and Women in Scottish Aquaculture campaign, as well as the NPA-funded W-Power project that champions women entrepreneurship in sparsely populated rural communities. In this context, the Arctic initiative Women of the Arctic (WOA) is also noteworthy, which, according to WOA’s website “serves as a digital storytelling platform, showcasing the personal and professional stories of women who live and work in, as well as engage with the Arctic.”

Scottish engagement in gender issues would greatly benefit from the stories presented by WOA in order to provide impetus for further gender equality and to further advance women’s rights.

In how far the focus on entrepreneurship and the potential advancement of environmental protection may provide beneficial or adversarial towards each other remains to be seen. Scotland has, according to the policy already 21% of its waters designated as marine protected areas (MPAs), aiming for 30% by 2030 (Scottish Natural Heritage refers to 22%). Additionally, other area-based conservation measures — a concept developed under Target 11 of the 2010 Aichi Biodiversity Targets under the Convention on Biological Diversity — are used to protect the Scottish marine environment.

According to Scottish Natural Heritage, the development of the Scottish MPA network is to take into consideration the support for local communities. MPAs are not an uncontested conservation measure and do not necessarily create benefits for the local population. A striking example in this regard is the establishment of MPAs around Réunion Island in the Southern Indian Ocean, which has led to local populations being banned from specific waters, particularly in order to protect sharks. This has reportedly had drastic effects on the entrepreneurial capacities of the islanders and has led to much controversy concerning ocean use and conservation (Nativel, 2019). In order to prevent a similar ‘tragedy of the uncommons’, Scotland’s view towards the Arctic is certainly beneficial since decision-making, particularly in Arctic Canada, has been marked by devolution and grassroots initiatives. Consequently, by expanding its MPA network, Scotland is advised to listen to the concerns of locals and to increasingly focus on marine protection that does not exclude local use without due consultation. Otherwise, environmental initiatives may counteract opportunities and entrepreneurial spirit in remote rural communities.

In an age where ‘the Earth is ablaze’ (Maas, 2019), youth have become a much more determining factor for international and domestic policy-making. Concerns about the future, which the young Swedish climate activist Greta Thunberg has so vividly expressed, have become a narrative that decision-makers can no longer ignore. As Scotland’s Arctic Policy Framework lays out, there are already institutions in place that strengthen youth voices: in Scotland, for example the Highland Youth Parliament; as well as in the Arctic, the Barents Regional Youth Council.

Governments should, therefore, motivate youth involvement much further — not only to listen to their concerns, but, equally, to consider youth as the caretakers of not only the planet but also of decision-makers themselves who, when having reached retirement age, will be dependent on the goodwill, skills and opportunities of now young people not only in the cities, but also in their own rural communities. In how far Scotland can learn from Arctic experiences is probably best determined by Scottish decision-makers themselves, who are advised to take a look at the recently-published volume New Challenges to Ageing in the Rural North (Naskali, Harbinson & Begum, 2019).

Be that as it may, there is a clear link between the opportunities and involvement of youth with communal and environmental sustainability. Not to pay ample regard to the voices of the youth would not only put community futures into jeopardy, but would further undermine the entire concept of sustainability. For if we don’t listen to those that we wish to sustain for, what is the point of sustaining? Consequently, Scotland’s Arctic Policy Framework must be applauded for making youth involvement and reference to youth opportunities an integral part of its structure. Now it should be up to the Arctic Council to decide whether it might be time to systematically integrate youth voices into its organisational set-up.

The above highlights merely some issues relevant in the context of rural communities. The Scottish Arctic Policy Framework does not refer to the recently adopted UN Declaration on the Rights of Peasants and Other People Working in Rural Areas (UNROP), though this declaration is relevant for the rights and opportunities of rural communities while touching upon issues of women’s rights, participatory rights and environmental rights. An explanation for this striking absence might be that the UK was one of eight UN member states that opposed the declaration.

While that may be so, the Scottish Arctic Policy Framework indeed includes elements that are integral to the UNROP. Scotland, by way of stressing certain issues, therefore shows support for a large part of elements in the UNROP.

Scotland as well as Arctic communities can greatly benefit from their respective experiences and expertise. By further strengthening its ties with the Arctic, Scotland’s own rural population would have important lessons to learn from. Yet, now it is up to Scottish decision-makers to put words to action. An Arctic-Scottish youth conference, collaboration with Women of the Arctic, a conference on Arctic-Scottish entrepreneurial opportunities, or a conference on coastal communities as conservationists might be a start and a step into the right direction.

Maas H (26 September 2019) Address to the General Debate of the 74th Session of the General Assembly of the UN. https://www.youtube.com/watch?v=dzwhDqVcDHM