The Release of China’s Arctic Policy: Translating the Significance 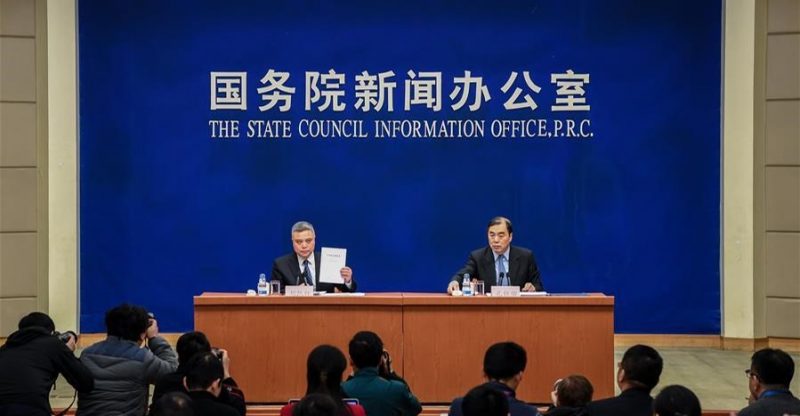 After many years of anticipation, China has released an official government policy on the Arctic. The white paper was presented on 26 January 2018 at the State Council Information Office of the People’s Republic of China. This being China’s inaugural Arctic policy, many within the circumpolar community are anxious to see how the policy aligns with strategic priorities previously expressed by official Chinese delegations at a variety of Arctic conferences over the past several years, since the acceptance of China as an observer to the Arctic Council. In the past, China ensured to emphasize their perspective of the Arctic as a global commons, deliberately stirring up discontent amongst the sovereign stakeholders. Now, in contrast, the white paper serves as a source of relief for the international community as the document largely acknowledges what has long been established under traditional international norms. Just as important – there is now an official government document to reference when discussing China’s official perspectives and position concerning the Arctic.

The policy begins with a brief overview of China and the Arctic, where the state defines itself as “an important Arctic stakeholder”,1 – a notable shift from its previously, self-imposed status as a “near-Arctic state.” Similar language is still within this policy document. However, it is not emphasized in the same manner that has existed in previous public addresses.2 There is continued emphasis on China’s involvement concerning issues of global significance involving the Arctic, including 1) climate change, 2) environment, 3) scientific research, 4) utilization of shipping routes, 5) resource exploration and exploitation, 6) security, and 7) global governance. The policy contextualizes these issues by invoking references of long standing international treaties in which it participates, as it has in the past, such as UNCLOS and the Svalbard Treaty.

Much of the policy statements within the document are not new concepts, but rather issues on which China has already engaged within the Arctic, and will continue to for the foreseeable future. For example, China has always emphasized four key concepts within the Arctic that are explicitly stated within this document: respect, cooperation, win-win results, and sustainability. This is significant as these concepts have been present since China’s recent, and more vocal, engagement in Arctic affairs.3

Respect refers to China’s acknowledgement of norms surrounding participation in Arctic affairs and the expectations that everyone within the region should follow the sovereign rights and jurisdictions of Arctic states. On the same turn, it acknowledges that non-Arctic states also have rights and freedoms so long as they are acting in accordance with international law. Cooperation is defined as “an effective means for China’s participation in Arctic affairs”, and includes references to the relationships that exist at a range of levels for China within the Arctic, from multi-lateral and bi-lateral, to organizational and academic. This concept highlights the weight that China places on its human capital in the Arctic and the value of partnerships, big and small. Win-win results is an idea that China has emphasized since the beginning of its formal involvement in Arctic affairs. This value supports the idea of mutual benefits for all parties involved in any type of development taking place in the region. It is a formal acknowledgement by China that no matter the pursuit, it should be composed of equitable benefits for all parties, and environments, involved. The last concept is sustainability, which China sees a fundamental concept within their Arctic policy. This concept stresses that any activity that takes place should be done in a way that best balances the co-existence between people and nature.

In addition to the concepts above, China presents a range of actionable policy activities and position statements for each. Most of these are activities that China has already been engaged with at some level, but the policy more clearly defines their interests and avenues for potential engagement. These include:

With all of the confirmations of existing ideas that China has put forward in the past, what information from this policy is new and exciting to the public? Especially telling is a renewed emphasis on the linkage to China’s Belt and Road Initiative (BRI), discussed within this policy as the “Polar Silk Road”. With China as the fastest growing economy in the world, not long from the top position, and owning 6 of the 10 largest ports in the world, China’s BRI focus can reasonably be viewed as entirely pragmatic. Some scholars have speculated this with the existence of joint Chinese projects across the Arctic and how they may fit into the BRI; however, this may be the first official acknowledgement that China is posed to include the Arctic wholeheartedly within the context of the BRI. Bits and pieces of the “polar silk road” have been seen throughout arrangements in the recent past, such as a railway line from Finland to China, but China’s Arctic policy has officially documented the state’s intention to include the region in the plans to connect itself the globe.4 This is an exciting moment for China, and time will tell how Arctic states respond to the official positions of this great global power.

To see the full document in English visit: