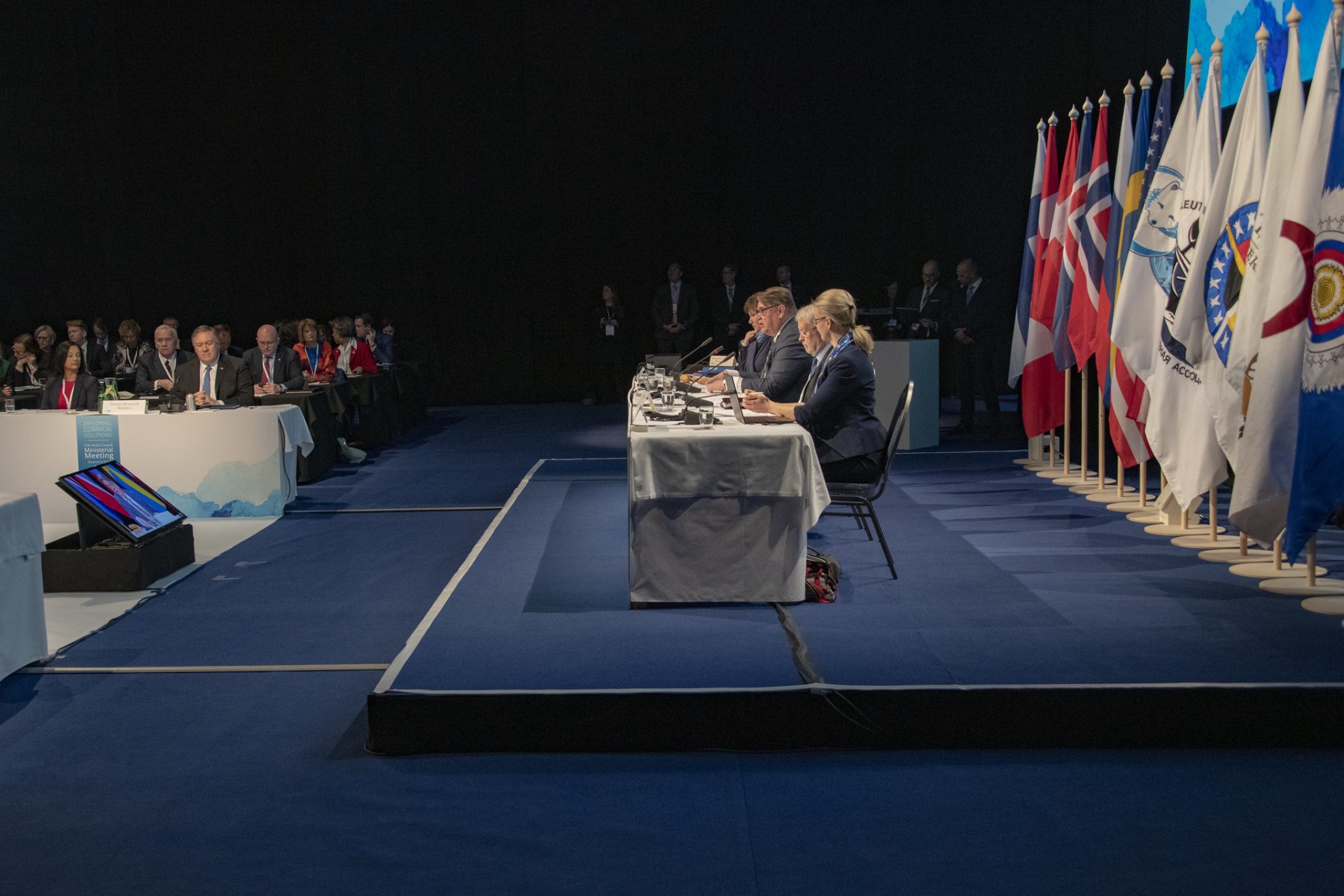 Six weeks ago, on 3 March 2022, seven of the eight Arctic Council (AC) member states – called herein the “A7” – announced a historic, unanimous boycott of AC participation in protest of Russia’s invasion of Ukraine, after just over 25 years of near-continuous operations since its September 1996 inaugural meeting in Ottawa. While this is the first time all seven democratic Arctic states agreed to suspend participation in all AC activities, it’s not the first time tensions over Russian aggression in Ukraine challenged the AC’s impressive track record for circumpolar unity.

In 2014, after Russia’s first assault upon Ukraine, the USA and Canada jointly boycotted a meeting of the AC’s Task Force for Action on Black Carbon and Methane (TFBCM) held in Moscow, but they were soon to rejoin their fellow AC members. As Environment Minister Leona Aglukkaq then explained, Ottawa (in alignment with Washington) was taking a “principled stand” by not attending the mid-April TFBCM meeting, marking the first time – but not the last – that conflict over Ukraine would disrupt the long tradition of Arctic cooperation at the AC.

Last month’s decision by the A7 differs from the 2014 boycott in its unanimity of the A7, part of a global realignment against Russia that would quickly be magnified by comparable decisions by countless organisations around the world to isolate Russia in protest for its unprovoked aggression against its neighbor. The A7 agreed on March 3 that its “representatives will not travel to Russia for meetings of the Arctic Council” and that “our states are temporarily pausing participation in all meetings of the Council and its subsidiary bodies, pending consideration of the necessary modalities that can allow us to continue the Council’s important work in view of the current circumstances.”

But as tragic as circumstances are in Ukraine, and as morally offensive as Russia’s methods have been shown to be, including assaults upon cities and their captive populaces, and executions and deportations of innocent civilians, the AC’s mission is too important to be left on pause. The many benefits to the region, and to the world, of continued AC operations must be considered, as unpopular as it may be to propose an alternative to the current pause. Indeed, there is every reason to isolate Russia as its war in Ukraine continues, and to remind Putin that he has become a pariah that threatens global stability.

But no matter how things unfold in Europe, Russia still accounts for half of the circumpolar world, by geographic, economic and demographic measures. Governing the Arctic effectively, and peacefully, requires Russia’s participation and consent, which it has consistently demonstrated since the AC’s formation a quarter century ago. The Arctic climate will continue its inexorable thaw; its pristine ecosystems will remain as fragile and sublime now as they did before Russia invaded Ukraine; and Arctic Indigenous peoples will continue to offer the world their wisdom and knowledge, and their enduring vision of sustainability that predates the state itself – and whose voices enjoy unprecedented influence and status on the AC.

Some potential modalities to consider for resuming AC meetings under Russia’s term as Chair, even with the war ongoing, could include continued boycotting all in-person meetings until peace is restored in Ukraine, utilising remote technologies that proved effective amidst the Covid-19 pandemic to continue the AC’s important business; deploying junior proxies in place of senior officials as a subtle but no less obvious rebuke of Russia modeled on White House policy regarding China’s hosting of the Olympics, where top officials were notably absent in protest of Beijing’s long occupation and mistreatment of the Uighur homeland, while athletes were free to compete; and adoption of symbolic yellow and blue attire by attendees of any meetings to echo the world’s embrace of Ukraine’s national colors and the spirit of independence and resilience they represent, values embraced across the Arctic.

Additionally, the A7, united in its opposition to Russia’s aggression, could assist Ukraine with an application to become an Arctic Council observer, a move that Russia would surely block using the power of consensus to thwart Ukraine’s approval as an observer – much the way the Inuit have successfully blocked the EU’s application in protest if its support of the seal ban, which has brought undue economic hardship to Inuit communities – and even if not successful, the point would be made.

And if Moscow succeeds in partitioning Ukraine by standing up client states in the east, eastern Ukrainians, in their occupation, subjugation, and expulsion from their homeland will share a tragic historic bond with Arctic Indigenous Peoples, as acutely experienced by the Aleuts under Russian colonisation and Japanese occupation, the Sami during European state expansion, and the Athabaskans and Inuit under the centuries-long economic domination of the fur monopolies which colonised so much of Arctic North America. The AC’s six Permanent Participants may thus be in a helpful position to champion the cause of newly stateless Ukrainians, indigenous to but marginalised from their homeland. The AC can thus leverage its rich mosaic of perspectives, and perhaps even help the world find a way toward a multilateral solution to the current crisis.

Because consensus is the life blood and governing paradigm for the AC, which focuses on sustainable development and environmental protection, there is nothing Russia can achieve as Chair without a full consensus with the other AC members. Each biannual Ministerial meeting, each semiannual Senior Arctic Officials meeting, each Working Group session, can thus provide a fresh opportunity to rebuke Russia and deny it consensus on any issue that deviates from the collective will of the AC as a whole; and, on issues where consensus is preserved such as environmental security and sustainable development, it will demonstrate that Russia, even at the worst of times, remains committed to the values and principles of the AC.

Looking forward, this channel of ongoing diplomatic interaction could serve as a bridge to the future, and the restoration of a world where Russia is a responsible member of the world community. By keeping the A7’s pause on AC participation as brief as possible, and resuming meetings virtually and in symbolic protest while working to restore consensus with Russia on the many important issues that still unite the whole of the circumpolar world, the AC can become part of the answer to, and resolution of, the current conflict. It can offer the very same bridge to a collaborative future that it has promised since 1996, and show that its next quarter century can bring the world as much hope as its first did.

Barry Scott Zellen, PhD, is a visiting scholar in the Department of Geography at the University of Connecticut. He is the author of a dozen books in Arctic studies, international relations, and strategic studies, and recently completed his newest book, Arctic Exceptionalism: Centuries of Collaboration Amidst State Rivalry.