Why the Ukraine Invasion is not about NATO 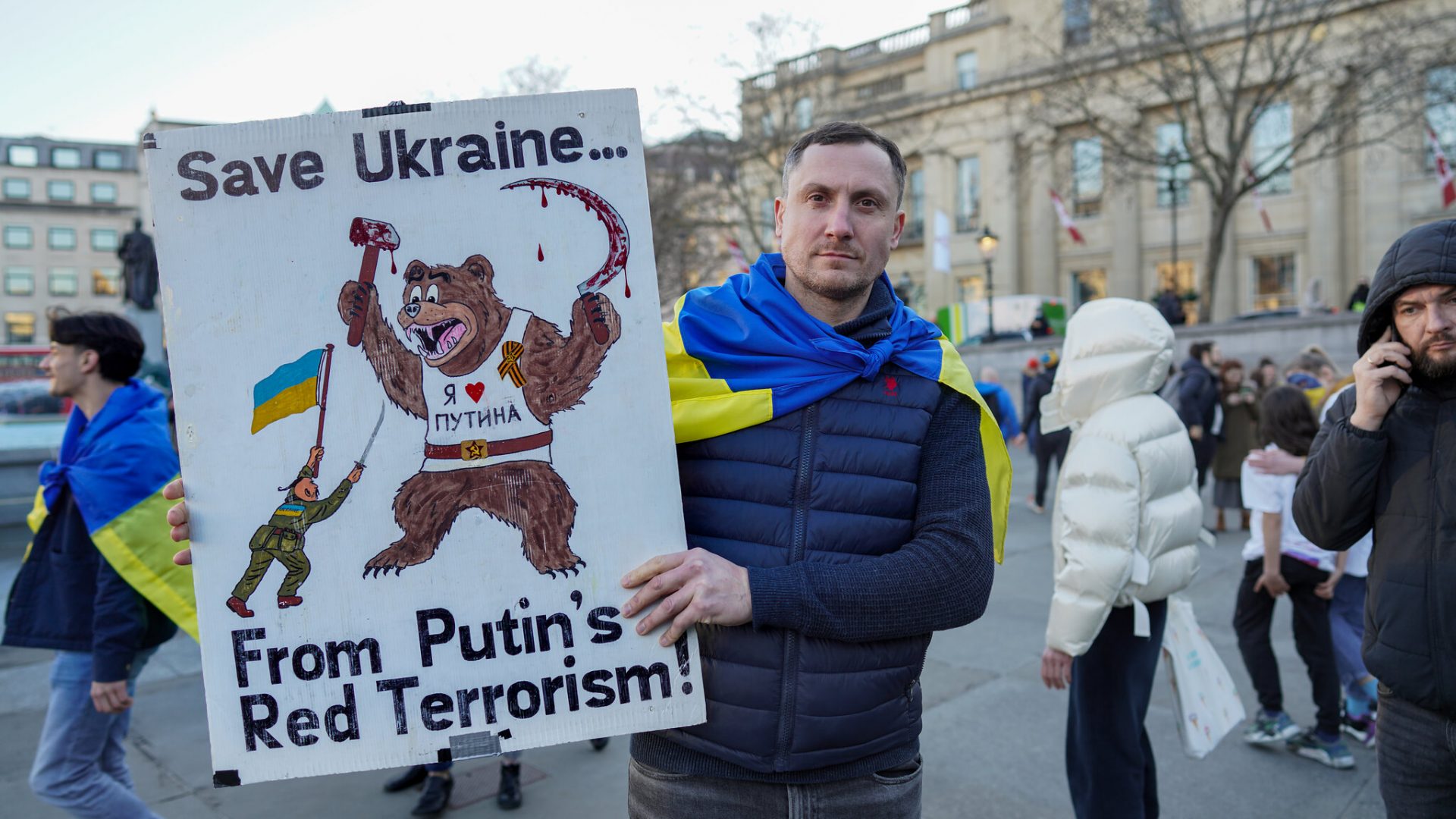 “The Russian bear is visibly taken aback by a brave Ukrainian.” © Alisdare Hickson/Flickr

Ever since Russia began amassing 190,000 troops on the Ukrainian border (the largest mobilisation of troops since the Second World War), a number of western commentators have chosen to focus most of their energy on arguing that Putin was provoked by NATO’s eastward expansion. In other words, Putin would have stopped meddling in Ukrainian affairs and respected their autonomy if only NATO had ruled out membership. In this piece, I will argue that this position is erroneous, it fails to understand Putin’s worldview and is not consistent with recent history in the region.

Ukrainian nationalist sentiment has always been a threat to Moscow and its regional ambitions. After the Russian Revolution in 1917, the newly formed Ukrainian People’s Republic was attacked and defeated by the Bolshevik Red Army which replaced it with a Soviet republic. This was followed by a process of russification in which Ukrainian language and culture was brutally suppressed. Between 1932 and 1933, Stalin instigated a Holodomor (terror-famine) as a means of further suppressing nationalist sentiment. During this time, an estimated 3.9 million Ukrainians starved to death, with some survivors even resorting to cannibalism. During the Holodomor, local signs read ‘To eat your children is a barbaric act’.

Since the dissolution of the Soviet Union in 1989, Russia and Ukraine have maintained a tense relationship, with disputes over land (such as the Crimea), gas pipelines and a Russian fleet in the Black Sea. As a result, Russia has resorted to fermenting separatist sentiment in the eastern provinces (with large Russian speaking communities) and seeking to install pro-Moscow leaders in Kiev. In the 2019 elections presidential elections, Zelenskyy, who was a strong proponent of unity between Ukrainian and Russian speaking regions and pro-EU, won a landslide victory. However, an independent Ukraine that is united and westward leaning does not serve Russia’s regional ambitions very well and, thus, there has been talk in Moscow of a ‘final solution’ to resolve the Ukrainian issue in recent months.

Russia is, and always has been, an imperial power with expansionist tendencies. It has always sought to dominate its neighbours, absorb them into its sphere of influence and destabilise rival powers such as the EU and the US. There is a saying in the intelligence community, “if you want to know what Putin is thinking, just watch his lips”. In other words, Putin really does just says what he’s thinking, and with regards to the Ukraine, he has made it very clear that he does not recognise its right to exist as an independent nation. He believes it is a ‘made up country’ with no real history and little more than a Russian province. Which means he will always seek to dominate the country, undermine Ukrainian nationalism and turn it into another Belarus.

Discussions about NATO membership have ebbed and flowed over the past 30 years with little response from Russia. There has been very little progress on this issue in recent months with Hungary and Germany both opposing the idea. Hence, Ukrainian neutrality on NATO membership will do little to placate Putin or suppress his imperialist ambitions. Furthermore, if proximity to NATO members was such a real and immediate threat, Russia would be far more concerned about Baltic nations such as Estonia and Latvia that are much closer to Moscow than Ukraine.

The far more likely explanation for the recent invasion is that Putin spotted an opportunity. He saw a weak and distracted Europe picking itself up after a pandemic whilst being somewhat dependent on Russian energy. He saw a weak and feeble US leader distracted with China and internal political squabbling. In this context, he decided to do what he has always aspired towards, namely to conquer Ukraine and install a pro-Moscow leader so that it becomes another Russian client state. It is also unlikely that he would stop at Ukraine given how he has used Belarusian territory to cause instability in Poland and Lithuania via refugees.

Instead of adopting self-flagellating positions that place the blame on NATO and the US/EU in general, we should respect the autonomy and aspirations of the Ukrainian people. In truth, no-one wants to be part of Russia’s sphere of influence, the people of Eastern Europe aspire to be fully European and should be embraced by the European family. Ukraine would have experienced aggression regardless of NATO, which means we should be supporting them and do everything we can to undermine Putin’s Russia rather than constantly undermining ourselves. It is, after all, this kind of weakness that has empowered Putin in the first place.