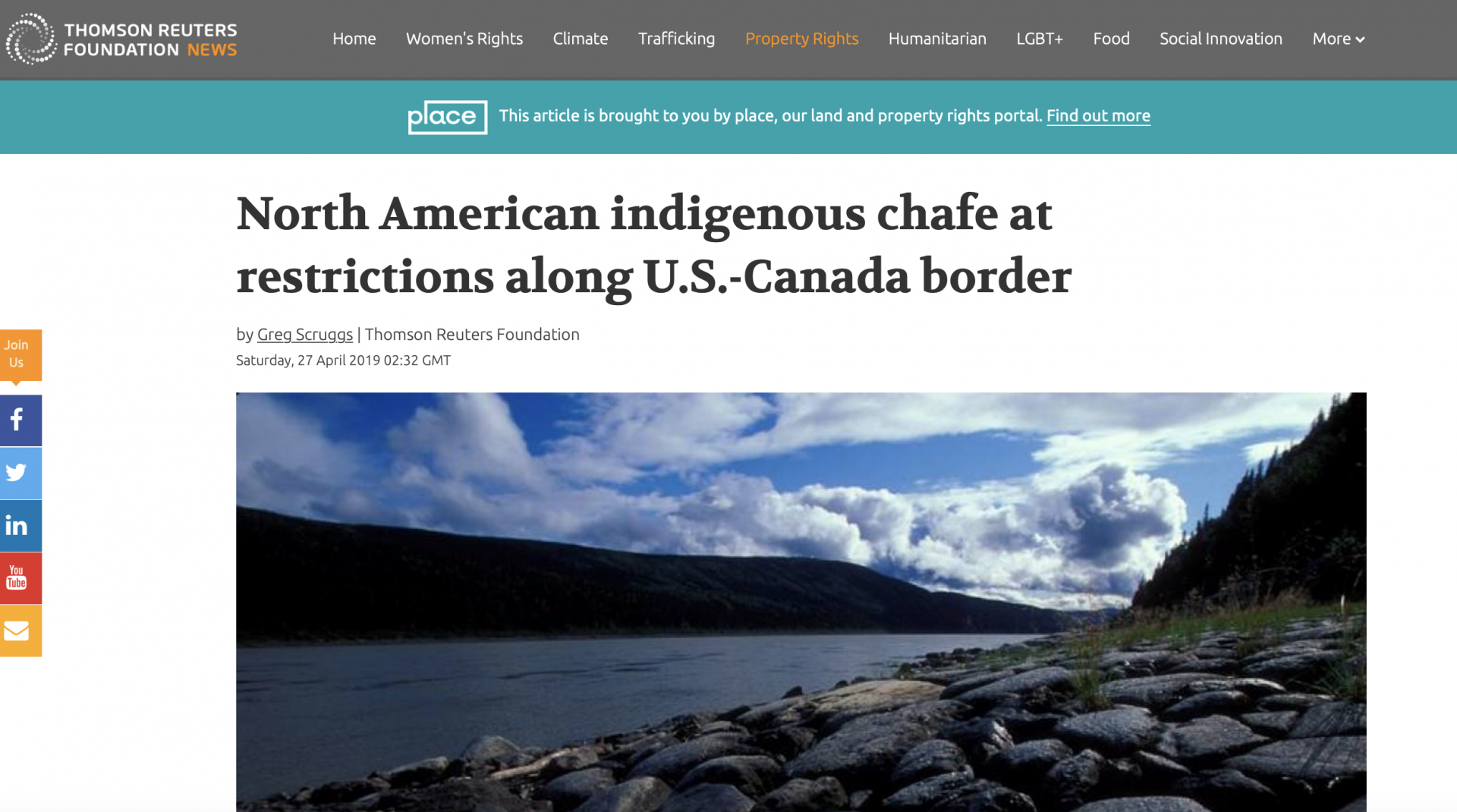 U.S. and Canada share the largest undefended border in the world, but free passage across it for indigenous tribes is easier in one direction than the other

SEATTLE, April 26 (Thomson Reuters Foundation) – As plans for a wall along the U.S.-Mexico border are raising fears that the ancestral lands of Native Americans in the south will be divided, indigenous people in the north are calling attention to their own border problems.

The United States and Canada share the largest undefended border in the world, but free passage across it for indigenous tribes is easier in one direction than the other, tribal leaders and immigration lawyers said at the Arctic Encounter Symposium this week.

A tribal member born in Canada can come to the United States to work or live without the paperwork usually required by immigration law thanks to a 200-year-old treaty.

Canada, not a party to the treaty, has different rules.

“We should be allowed to travel freely within our own territory and create economic opportunity for our people in what has always been our homeland,” Ed Alexander, a Gwitchin tribal member in Fairbanks, Alaska, told the Thomson Reuters Foundation.

The Gwitchin, an indigenous tribe that populates both sides of the U.S.-Canada border along the Yukon River, need teachers on the Canadian side but members of the tribe born in the United States, like Alexander, can not easily make the move.

Alexander, himself a teacher and co-chair of the Gwitchin International Council, said that Canada’s refusal to recognize the treaty has created obstacles for the Gwitchin in Alaska.

They cannot follow caribou herds across the border for subsistence hunting, he said, and U.S. resident Gwitchin without passports or with criminal records for infractions like drunk driving cannot enter Canada.

They also can not visit Tl’oo Kat, a sacred place for the Gwitchin for generations where the Niintsyaa ceremonial gathering for political decision making and traditional dance takes place.

See full article via link below: