A Ten-Year Prioritization of Infrastructure Needs in the U.S. Arctic (May 2016) 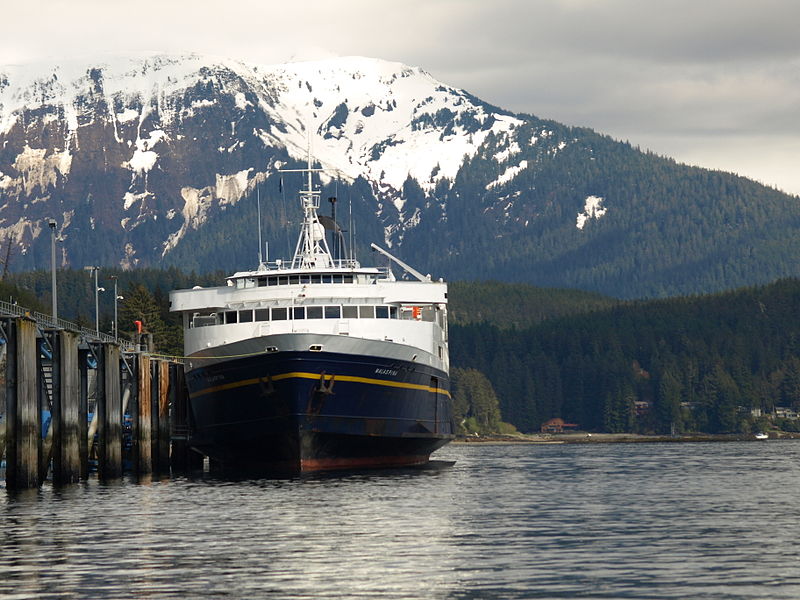 In May 2016, the U.S. Committee on the Marine Transportation System (CMTS) published its report A Ten-Year Prioritization of Infrastructure Needs in the U.S. Arctic. Thereby, it responded to the request of the White House and the U.S. Congress for such an assessment by providing a comprehensive and actionable framework “to address Arctic infrastructure gaps by identifying needs that are considered to be critical requirements for a safe and secure U.S. Arctic Marine Transportation System (MTS) over the next decade”.

The report recognises that with the ongoing loss of Arctic sea ice and increased focus on the prospects of the Arctic as a new international trade route, the limitations of U.S. Arctic infrastructure becomes all the more obvious. The infrastructure requirements of the U.S. Marine Transportation System include both physical infrastructure (such as ports, support vessels and communication networks) and information infrastructure (such as nautical charts and electronic aids to navigation). The report acknowledges that the U.S. ought to improve Arctic infrastructure to make maritime operations more efficient and less risky for cargo and life, to allow for growth in domestic and international maritime activity, to protect coastal and ocean resources in the Arctic region, and to promote safe and sustainable Arctic communities.

The report, dated 15 April 2016, was prepared by the CMTS’s Arctic Marine Transportation Integrated Action Team for the U.S. Department of Transportation. It fulfills directive 1.1.2 under the Implementation Plan for the White House National Strategy for the Arctic Region (January 2014): “Deliver a 10-year prioritization framework to coordinate the phased development of Federal infrastructure through Department and Agency validated needs assessment by the end of 2016.” This deliverable was one of the three ‘next steps’ outlined as part of the coordinated approach to action 1.1: “Prepare for Increased Activity in the Maritime Domain”, the other two next steps under that action entailing the completion of a 10-year projection of maritime activity in the Arctic and the development of recommendations for pursuing Federal public-private partnerships in support of the needs assessment and identified prioritised activities.

The Implementation Plan had set out the methodology, process and approach for executing the National Strategy for the Arctic Region (NSAR) that U.S. President Barack Obama had issued on 10 May 2013. The Implementation Plan built on the National Strategy’s three lines of effort  – namely, advance U.S. security interests; pursue responsible Arctic region stewardship; and strengthen international cooperation. It was also consistent with the National Strategy’s guiding principles – namely, safeguard peace and stability; make decisions using the best available information; pursue innovative arrangements; and consult and coordinate with Alaska Natives. In addition, the Implementation Plan required that all lines of effort involve Arctic stakeholders, and that activities across the Federal Government reflected a coordinated and integrated approach.

In the Implementation Plan, the first line of effort (“Advance United States Security Interests”) focused on “the identification, development and maintenance of capacity and capabilities necessary to promote safety, security, and stability in the region.” The first aim identified in this line of effort was to “Evolve Arctic Infrastructure and Strategic Capabilities”, and the first action outlined under this aim was to “Prepare for Increased Activity in the Maritime Domain. There are, of course, also gaps in Arctic communications and aviation infrastructure that need to be addressed, but these are covered by different actions (1.2 and 1.3) under the Implementation Plan – those with objectives to “Sustain and Support Evolving Aviation Requirements” and to “Develop Communication Infrastructure in the Arctic” respectively. Likewise, there are other needs when it comes to advancing U.S. security interests, such as to “Enhance Arctic Domain Awareness”, “Preserve Arctic Region Freedom of the Seas” and “Provide for Future United States Energy Security”, but these were dealt with by the second, third and fourth aims respectively in this line of effort.

When it came to the specific directive (1.1.2) to deliver a 10-year Prioritisation Framework relating to preparing for increased activity in the maritime domain, the U.S. Transportation Secretary Anthony Foxx – in a May 2014 memorandum – tasked this action to the CMTS. The Prioritisation Framework, provided by the 2016-report, organises the U.S. Arctic Marine Transportation System into five core components:

It also puts forward 43 recommendations for consideration, each recommendation assigned to one of three categories under each of the five components:

Navigable Waterways
Designating Port Clarence as an Arctic Maritime Place of Refuge; assessing the adequacy of the facilities at Port Clarence and in the region; supporting Arctic Waterways Safety Committee efforts in bringing stakeholders together; leveraging existing data-sharing frameworks to facilitate waterways planning and response to environmental emergencies; leveraging international partnerships supporting waterways coordination; engaging with stakeholders to de-conflict research within commercial and subsistence use areas; and designating M-5 Alaska Marine Highway Connector to connect the Arctic Ocean and the western section of the Northwest Passage.

MTS Response Services
Collaborating with State and local authorities to ensure readiness of Arctic maritime and aviation infrastructure for emergency response and Search and Rescue (SAR); coordinating through international fora to provide significant opportunities for engagement across the Federal Government and the international Arctic response community; supporting Pan-Arctic response equipment database development, best practices recommendations and information sharing for continued development of guidelines for oil spill response in the Arctic; developing a plan to transport critical response equipment from the contiguous U.S. into the Arctic area in the event of a catastrophic event; and evaluating facilities available on the North Slope for use as seasonal staging areas by those engaged in readiness exercises or research.

Vessel Operations
Expanding U.S. icebreaking capacity to adequately meet mission demands in high latitudes; updating domestic law to implement the mandatory provisions of the Polar Code and the Convention on Standards of Training, Certification and Watchkeeping for Seafarers; and examining existing training and safety standards applicable to the U.S. fishing fleet with respect to the new Polar Code requirements.

The recommendations, thus, cover the five components and provide a comprehensive and actionable framework to achieve a safe, secure and successful U.S. Marine Transportation System that can also accommodate responsible activity and growth.

Read the report A Ten-Year Prioritization of Infrastructure Needs in the U.S. Arctic.