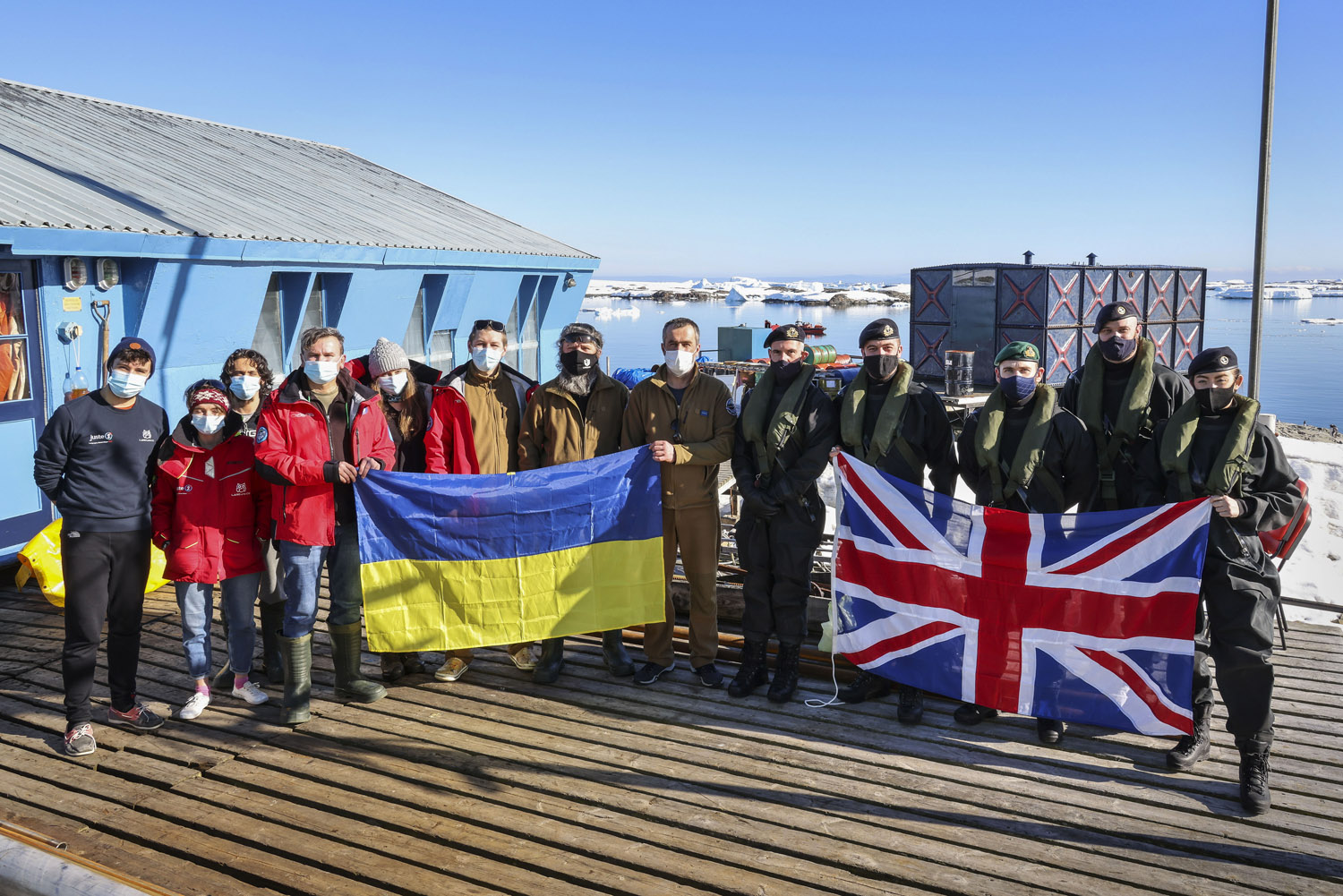 The crew of the HMS Protector and the Ukrainian scientists at the Vernadsky polar research station in Antarctica show their joint solidarity. © Royal Navy

Royal Navy sailors showed their support for and solidarity with the people of Ukraine when they called on one of the nation’s most remote outposts.

On 2nd March 2022, the Navy’s sole icebreaker HMS Protector dropped in on 21 scientists who maintain the polar research station of Vernadsky in Antarctica to check on their welfare.

They found the team who run the base – ­some 9,000 miles from their motherland – had families trapped in their homeland as a result of the war.

The landing party from Protector – Captain Michael Wood and ship’s doctor, Surgeon Lieutenant Commander Alex Clarke, along with sailors and Royal Marines ­– delivered fresh food to the scientists, ensured they were in good health, and reassured them of the UK’s support for their nation’s cause.

“During time spent ashore, the team confirmed the welfare of the 21 scientists who had spent the winter at Vernadsky,” said Captain Wood.

“Welcome supplies of fresh food were passed to the station leader. Many of the station staff reported families stranded under attacks in Kharkiv and Kyiv.”

The Ukrainian research base is located on Galindez Island off the west coast of the Antarctic Peninsula.

The Ukrainian scientists conduct research of the Earth’s magnetic field, radio sounding of the ionosphere in the Southern Polar region, hydro-meteorological research, geophysical research of the lithosphere – the Earth’s crust and upper part of the mantle – and studies the ecology of the western Antarctic biosphere as well as looking into the medical effects of living and working in such an extreme environment.

Although the base operates all year round, its remote location means it is re-supplied infrequently and with few staff vaccinated, it has operated under strict Covid-prevention protocols, eschewing visits.

As for Protector, as well as updating seafaring charts of Antarctic waters and supporting scientific studies into the eco-system and climate change conducted by UK and international polar experts.

The Plymouth-based ship, which is on a five-year mission to the polar regions, also carries out a routine series of goodwill visits to international bases under the peaceful purposes of the Antarctic Treaty – although ice conditions prevented her reaching the Ukrainian station until now. 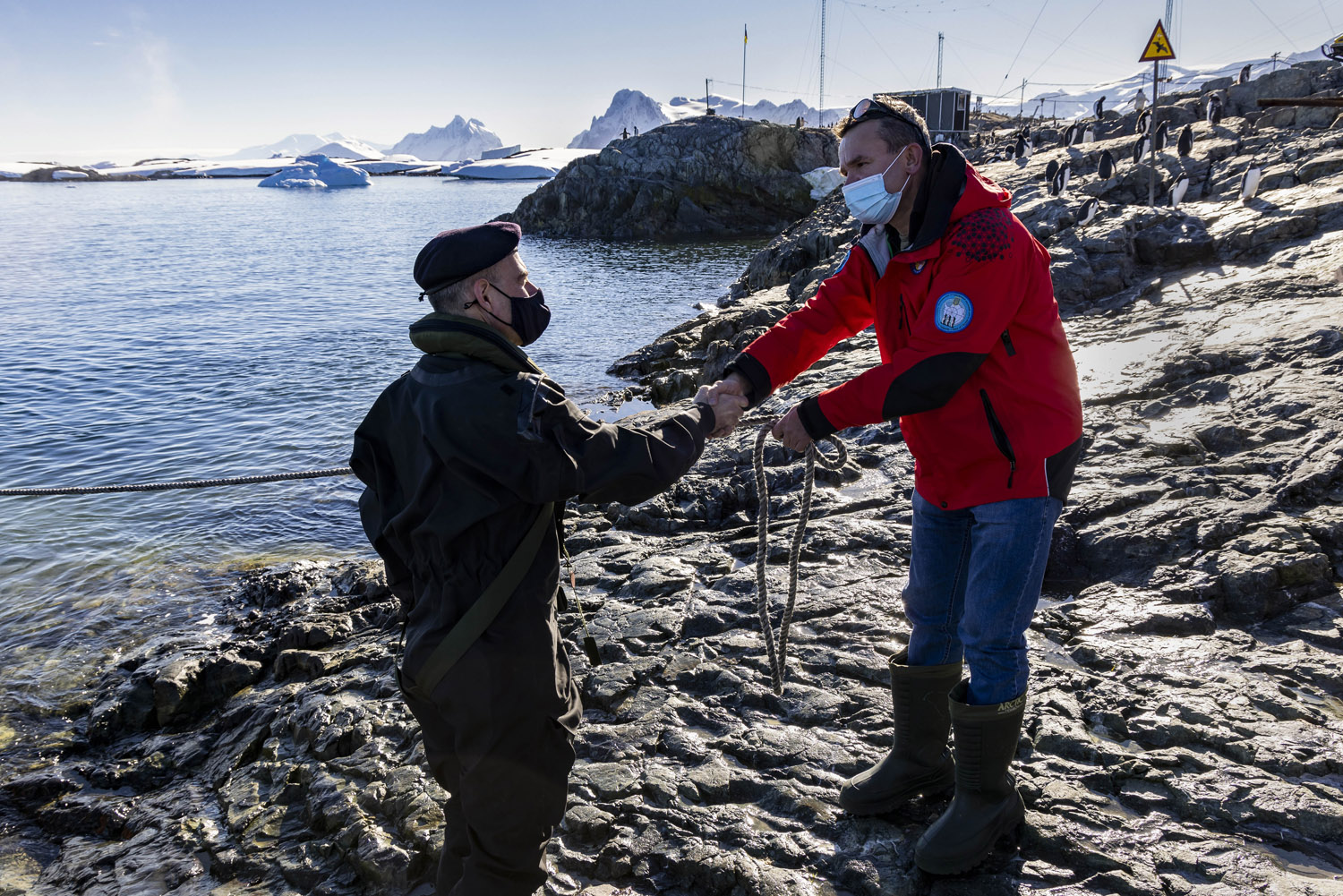 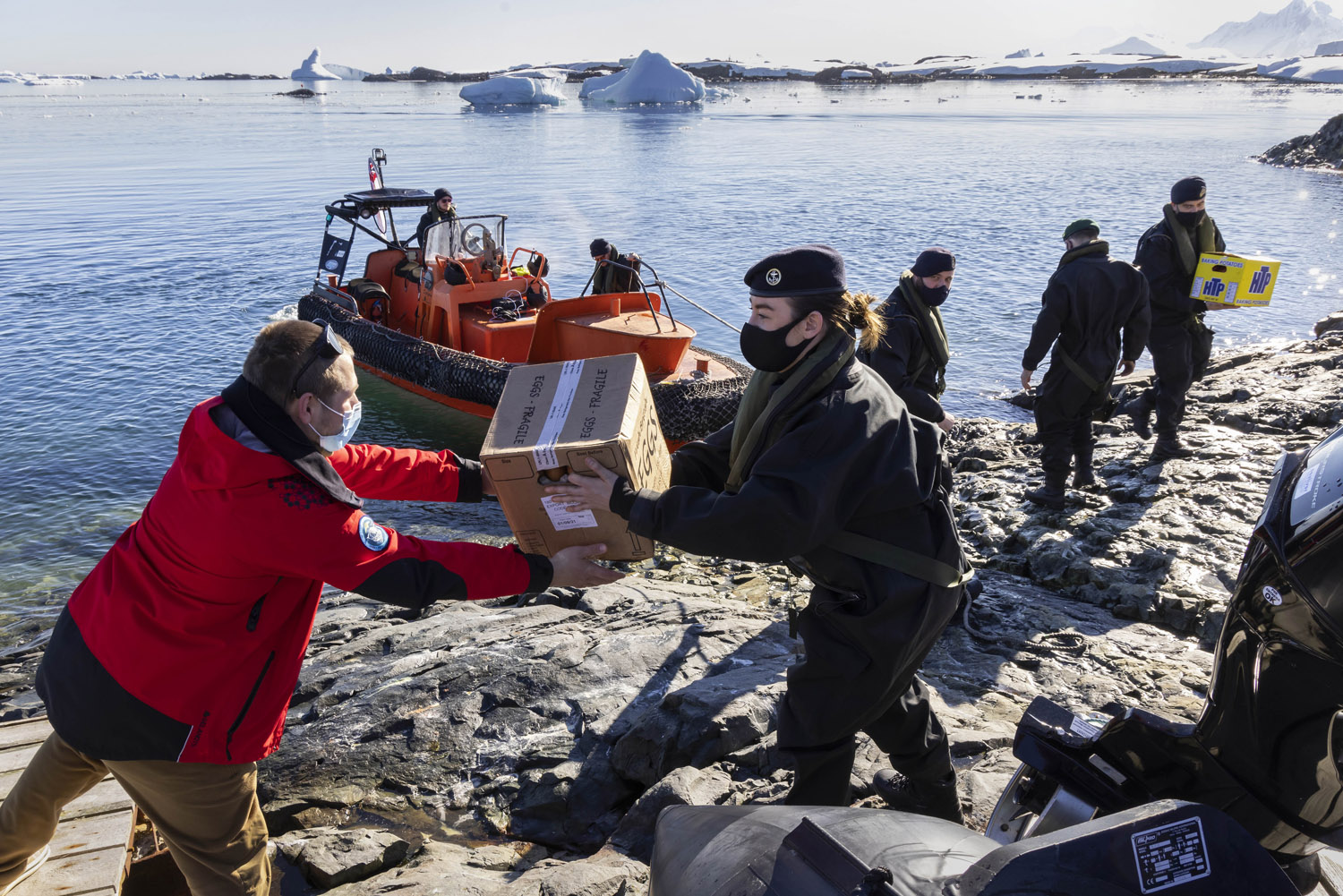 The team from HMS Protector brought fresh food and supplies to the Ukrainian Antarctic Base.[/caption] 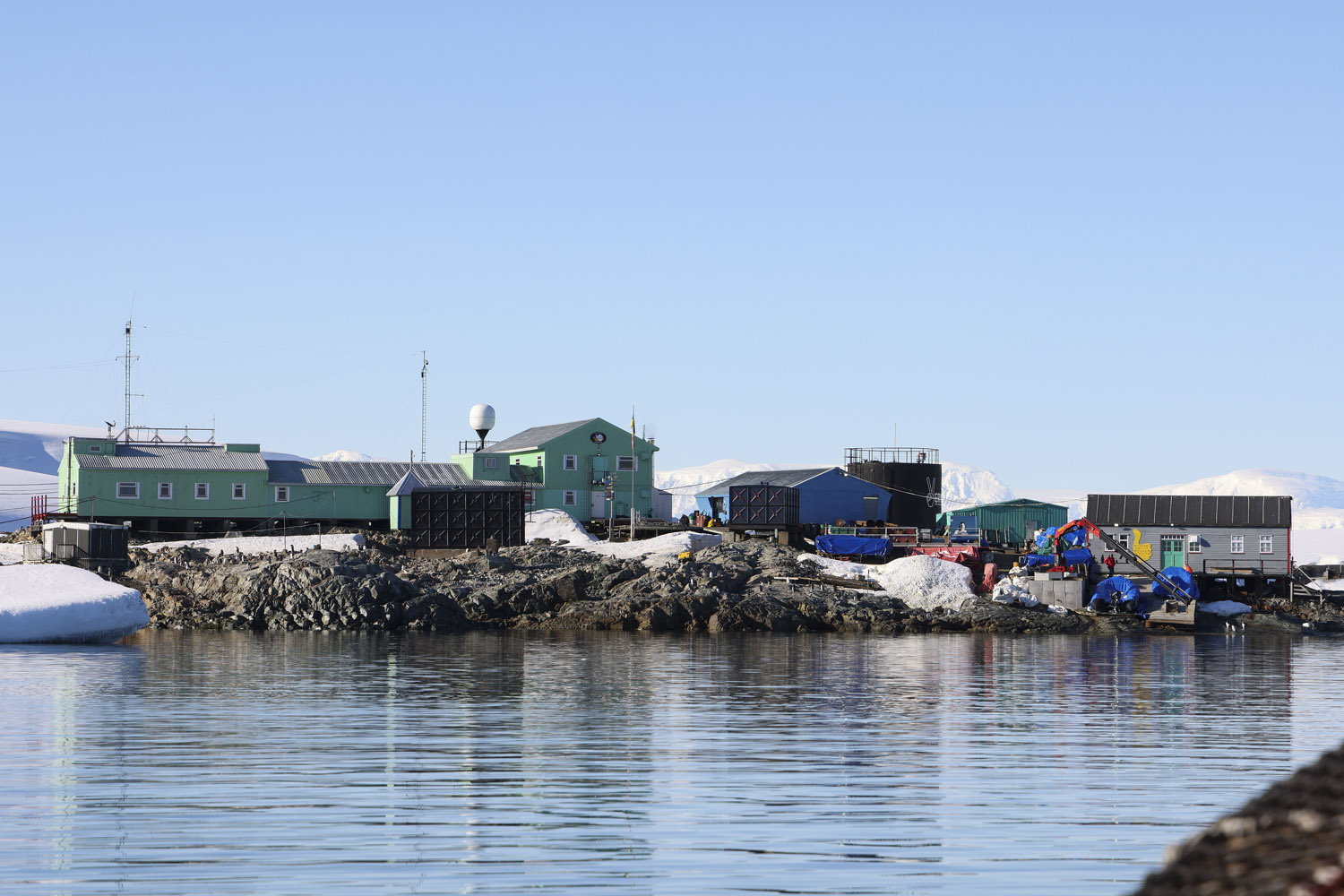 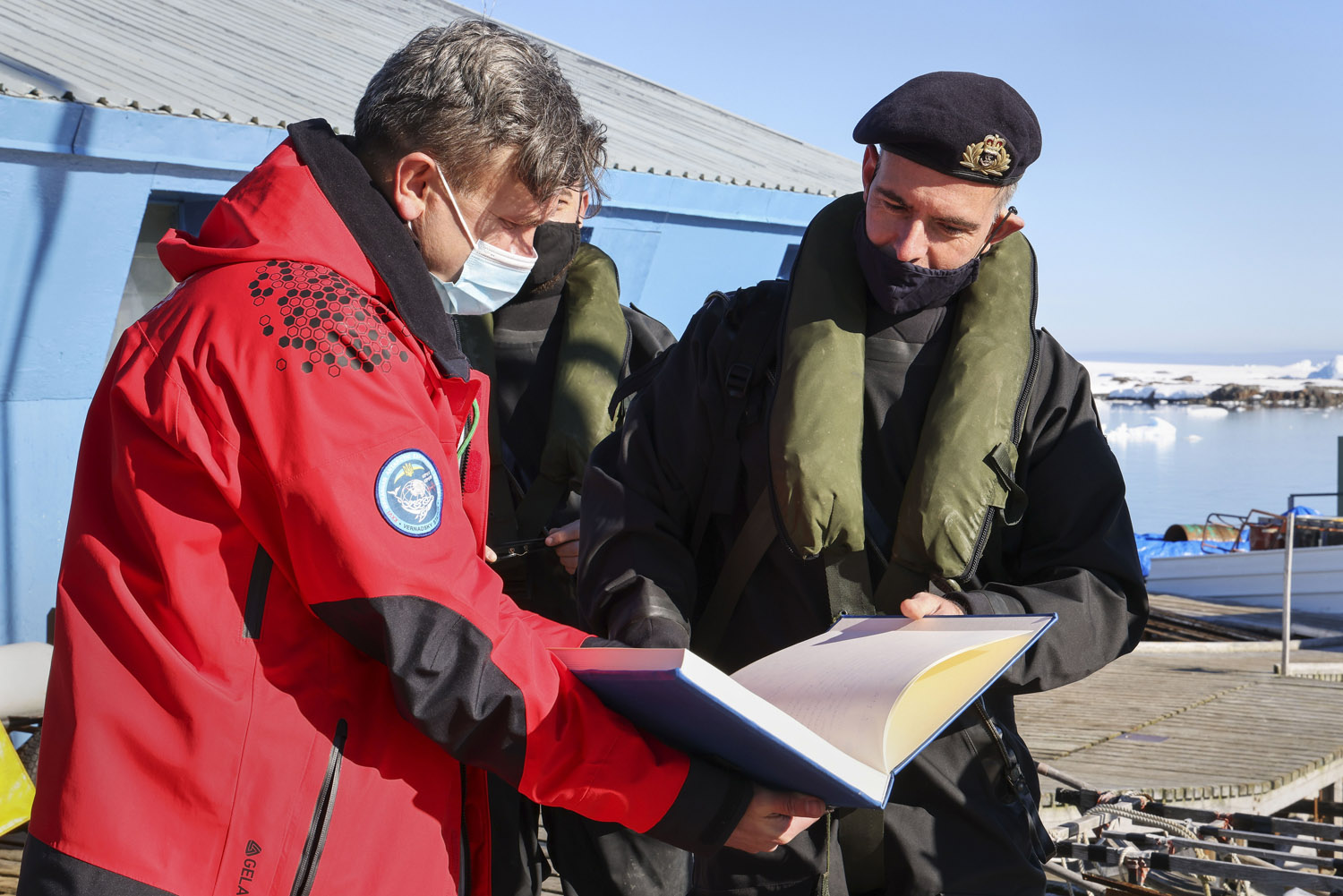 This article was originally published by the Royal Navy here.