Rail and Port Linkages: The Case of Churchill, Manitoba 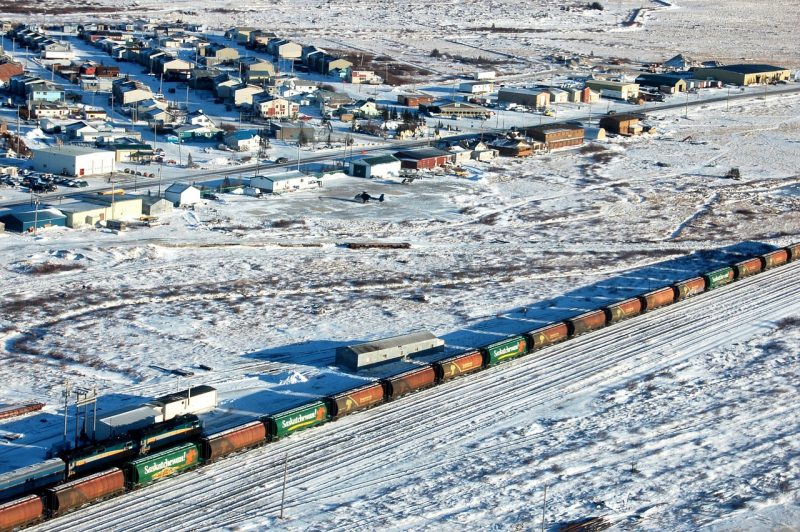 By Brooks Kaiser and Mieke Coppes

The Port of Churchill, Manitoba, on Hudson Bay is Canada’s only Arctic deep-water port. Although it should be noted that the Port of Churchill is south of 60 degrees, and well below the 66th parallel north which is considered the Arctic Circle. Yet, many would consider Churchill a part of the Canadian North, due to the remote location, the climate and the proximity to the territories. Conceived and granted charters in the late 19th century (1880), the port was opened in 1931 and intended to stake Canada’s claim in the Arctic as a strategic gateway to Europe, with the first grain shipments starting at that time (Port of Churchill, 2016).

The history of the Port of Churchill is tied in an analysis of railroad development in the 19th century. Canadian railroadisation came slightly after US railroad expansion. Due to this timing, the Canadians thought they had learned how to avoid the boom-bust outcomes of the US. The Canadian government also played a more direct role in planning and financing than had the US government in its railroad development, and initial expectations for profit were high.

Nevertheless, Canadian railroad expansion resulted in financial distress and eventually nationalisation in 1917. Subsequent research has shown that part of the failure could have been avoided if some of the investment in the Grand Trunk Railroad had been redirected to the Great Western Railroad instead (Carlos and Lewis, 1992). As is frequently the case in high fixed cost (and in this case only seasonally accessible) investments, it is safe to assume that the 50-year delay between the initial charters (made in 1880 during the frenzy for railroads), and the actual completion of the port in 1931, highlights the marginal financial returns expected on the route. This is because funds first go to projects with highest expected returns.

Projects with more uncertain, lower expected returns or ones that invite controversy over external costs will often be delayed. As social objectives transition over time, delays may become even more prolonged. This occurs as new tradeoffs in land use and development become apparent (Cain and Kaiser, 2016). The Churchill port and connecting infrastructure have always been for social gains rather than economic ones.

Economically speaking, the port serviced the prairies’ wheat production and lowered transportation costs from the Canadian Western Prairies. Canadian wheat is, in general, at a significant global disadvantage due to high transportation costs. For this reason, Canada created the Canadian Wheat Board to orchestrate the development of supporting infrastructure. Decentralisation of the Board’s activities, in combination with the industrial concentration in grain trade (there are five main companies) and rail transport (there are two companies) has significantly reduced Churchill’s already limited competitiveness in recent years (Larsen, 2016). Although wheat was significant, the port also exported various goods including honey and lumber. The Canadian Wheat Board was dissolved in 2015 and led to a direct loss in shipping.

The Port of Churchill was privatised in 1997 and is currently owned by Omnitrax, a Denver-based US company that also owns the railroad to the port. The company closed the port in 2016. The town of Churchill has a population of approximately 800 people, with 10% of the population working seasonally at the port (see Thompson Citizen, 2016). Churchill is also world reknown for its polar bears, which bring tourists every year. Its mayor estimates that the port accounts for about 30% of the town’s tourism revenues and 60% of the direct economic activity altogether, due to the historical average shipments of about 500,000 tonnes of grain shipped through the port. This figure has decreased in recent years, with only 280,000 tonnes shipped in 2015. The numbers of shipping show the true impact of closing the Canadian Wheat Board; this closure meant that there is less direct governance of the industry. This has increased freedom of movement of goods to cheaper ports (see CBC News, 2016).

The next stage of life for the Port of Churchill is underway. In 2017, Fairfax Financial Holdings attempted to purchase the railroad leading into Churchill and the port with two Manitoba ownership groups. (see CBC News, 2017). It was only as recently as May 2018 that railway service was restored to the community, which is a vital link for food security. As for the future of the Port of Churchill, that has not been finalised at the time of writing.

The loss of Churchill as a functioning port is not expected to noticeably affect world trade in grain, either in price or quantity. It has, however, dramatically affected the local economic landscape. Though the port only operated seasonally, this seasonality fit with the timing of wheat harvests to render the port competitive. It could provide jobs and regional cash-based economic activity. The closure is in line with short-term economic decisions for profit that often follow privatisation and neglect the social and historical components of well-being. As Arctic port development goes forward in this global climate for economic profitability, northern communities will need to consider public investment goals broadly to assess carefully the best ways in which to promote long run social welfare. Connectivity generated by ports and transport infrastructure are vital components of economic security and trade. Public investment in port infrastructure must be supported.

Larsen, L. (2016) An evaluation of the present situation for Western Canadian grain farmers within a historical context. A Report prepared for the Canadian Wheat Board Alliance.

Mieke Coppes served until recently as an Expert within PRPI’s Indigenous Peoples Unit. Mieke holds a BA in International Relations from the University of British Columbia and MSc in International Relations from the London School of Economics and Political Science (LSE), where she focused on foreign policy analysis and the Arctic, as well as the role that Indigenous Peoples play in the North. She has also served as Research Associate at the Arctic Institute and is Program Officer, North, at the Gordon Foundation.