Many Strong Voices for the Arctic and Tropical Islands 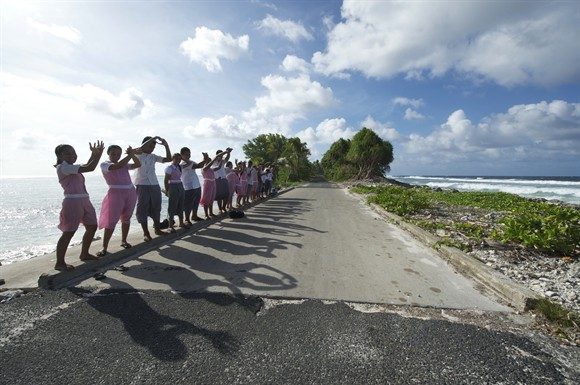 By Ilan Kelman and John Crump.

Tropical island and Arctic communities have faced many social and environmental changes over past centuries, and the people who live in these regions have developed abilities to deal with those changes. Nevertheless, the effects of climate change are starting to take their toll. New and creative efforts are needed to help determine ways to deal with the challenges brought by climate change and its spin-off effects.

One such project, Many Strong Voices (MSV), joins coastal communities from around the Arctic and from the Small Island Developing States (SIDS, http://www.sidsnet.org) in recognition of the similar vulnerabilities to climate change which both regions experience—and the similar opportunities which are brought by tackling climate change head on.

MSV was launched in December 2005 by GRID-Arendal, a Norwegian organization that collaborates with the United Nations Environment Programme. It brings together Arctic and SIDS participants to share and enhance knowledge and expertise about climate change within the context of sustainable development. While recognising the problems, the focus is on solutions led by Arctic and SIDS peoples, not just for themselves, but also to give back to the world.

Those involved include international organisations, government agencies, non-governmental organisations, Indigenous Peoples’ organisations, research institutes, communities, and individuals in communities. A strong bond among all the peoples in these two regions is their dependence on natural resources to earn a living. At the same time, traditional ways of life are supported by modern science and technology. This allows people to continue living in their communities despite the changes wrought by human influences on the environment.

MSV’s work helps peoples and communities to create change from within and to exchange stories of successes and lessons learned from the different regions. Activities include:

While external and top-down interventions and exchanges are useful for supporting local action, the most effective way to reduce vulnerability and to live with climate change is through community-based drivers and initiatives grounded on solid experience and information. MSV research and action builds on and draws lessons from experiences with community-based research and assessment work undertaken both within and beyond the SIDS and the Arctic.

One important theme is recognising that climate change is just one challenge and opportunity amongst many others facing the SIDS and the Arctic. Other ongoing concerns, for which building local skills can assist, include rapid rural-to-urban migration, the potential loss of languages and cultures through emigration, population growth, gender and minority inequities, erosion of local knowledge and experiences, manipulation by richer governments and corporations, and unsustainable natural resource extraction, especially through exploration and exploitation conducted without the local communities’ cooperation.

These multiple factors must be considered simultaneously to ensure that tackling one problem, such as climate change, does not create or exacerbate other problems emerging from the myriad of social and environmental challenges faced by people in the SIDS and Arctic. Future perspectives must also be balanced with historical understanding. What lessons from past experiences, embedded within traditional knowledge forms and cultures, should be exchanged and applied today?

MSV provides the grounding, inspiration, impetus, and opportunity to build and maintain community-based processes that contribute to enhanced ability and actions to reduce vulnerability and to contribute to sustainability. With such comprehensiveness, cooperation, and exchange, Many Strong Voices from around the world will be heard, locally and globally, leading to positive action for positive change.