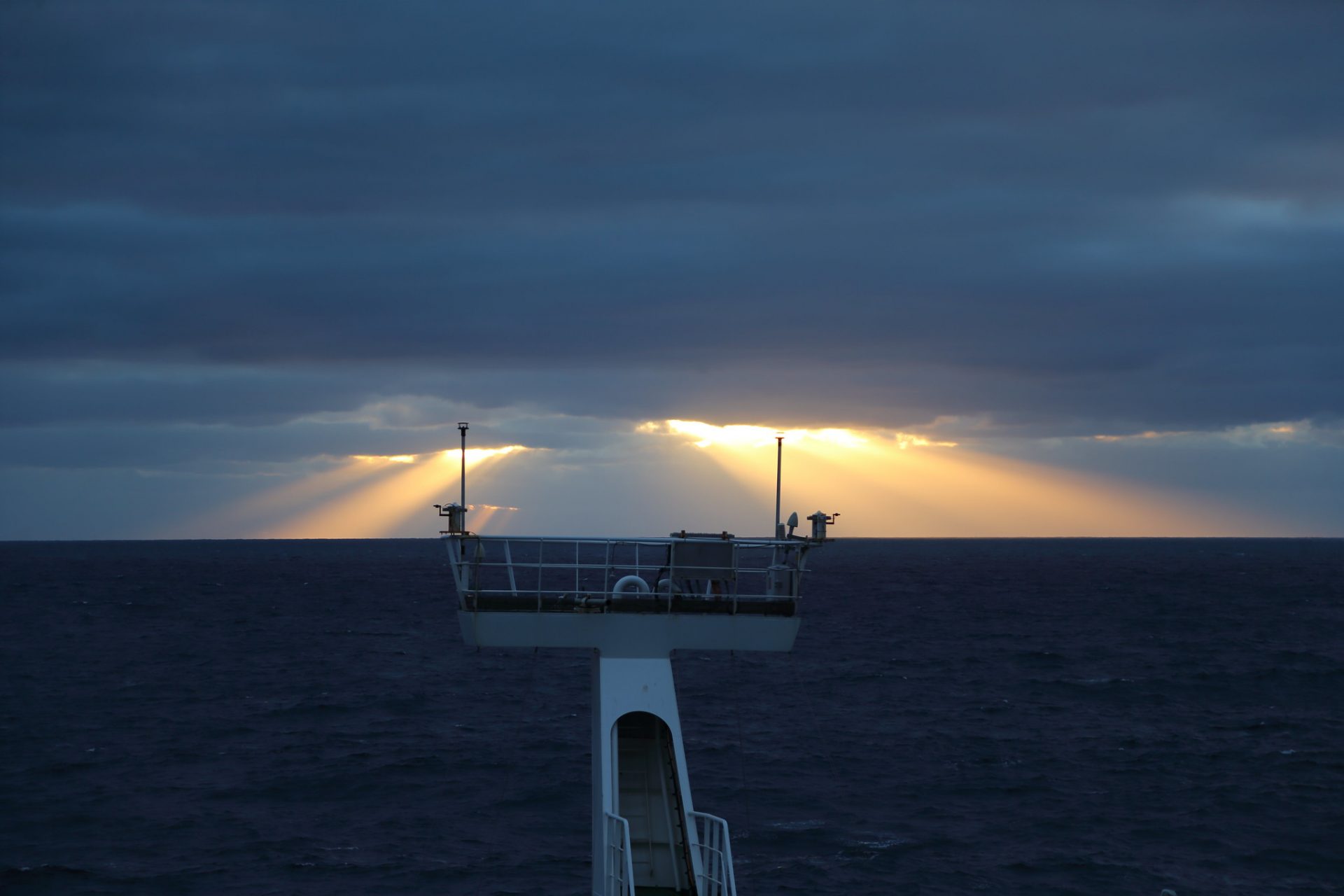 Along the rough seas between Scotland and Iceland lies the Ellett line, one of the few long-term measurements of temperature, salinity and nutrients in the world’s oceans. Passing ships of opportunity have been recording surface temperatures and salinity in the Rockall Trough off the West coast of Scotland since 1948.

By 1975, oceanographer David James Ellett began deploying the first long-term current-meter moorings in the Trough. The hydrographic time series started by Ellett evolved to become the Extended Ellett Line, which runs from the west coast of Scotland, along the Rockall Trough and Hatton-Rockall Basin to Iceland. Between 1996 and 2018, the National Oceanography Centre (NOC) and the Scottish Association for Marine Science (SAMS) jointly ran the Extended Ellett Line Project. The project involved an annual observation cruise which stopped at around 70 stations in the North Atlantic waters between the two northern countries to take measurements of water salinity, velocity and temperature.

Indeed, the Extended Ellett Line is special in many ways. Currents of northward flowing water travel through the Iceland Basin and Rockall Trough as part of the North Atlantic Current. Warmer, saltier water travels north in the upper layers along this route, making its way toward the Arctic Ocean and Nordic Seas. Meanwhile, cooler and fresher water are returned southward in the deeper layers. This circular transport of water is part of the Atlantic Meridional Overturning Circulation (AMOC) and is a key component of the global climate system, making measurements along the Extended Ellett line essential to understanding regional and global environmental changes.

Since 2018, the Extended Ellett Line has become part of the Ellett Array, which observes the warm-water pathways of the AMOC, and forms the eastern part of the Overturning in the Subpolar North Atlantic Program (OSNAP) observing system. OSNAP is an international programme that has deployed moorings across the North Atlantic between Greenland, Canada and Scotland “to provide a continuous record of the full-water column, trans-basin fluxes of heat, mass and freshwater in the subpolar North Atlantic.” (OSNAP, 2019) The Ellett Array relies on a variety of measurement tools and techniques to produce invaluable data about how the Atlantic Ocean changes over time, particularly in its role as a modulator of Arctic Ocean temperatures, global currents and weather patterns. Along the Extended Ellett Line, observation cruises deploy moorings (long wires anchored to the seabed) to which other measurement instruments are attached to provide continuous measurement of velocity, temperature and salinity. They also deploy robotic gliders that fly through the ocean along the line, zig-zagging from the surface to depths of up to 1km and back again. The gliders can fly for up to 6 months continuously and transmit data back to scientists via satellite.

Waters, particularly around the Rockall Trough, are notoriously treacherous. With individual waves of up to 29.1 meters, rough seas often delay work over the side of observation vessels. However, it is this rare roiling of the North Atlantic seas that releases heat from the deep ocean into the atmosphere, acting as a regulator of the UK’s mild climate. Despite rough seas, scientists onboard the annual cruises measure everything from shallow and deep-water velocities to biological or biogeochemical measurements like chlorophyll, phytoplankton species, iron, carbon, trace metals and CFCs. This secondary research can be used, for instance, to understand the movement of microplastics in deep water, ocean acidification, invasive non-native species from increased Arctic shipping, and even employed in the hunt for new medicines.

Not only does the Ellett Line link Scotland and Iceland geographically, it is also an example of Scotland’s longstanding linkages to subpolar and Arctic oceanography and highlights the history of scientific collaboration and research taking place in the region. Data and research from the Extended Ellett Line are used in climate assessments by the Intergovernmental Panel for Climate Change (IPCC), the UK Marine Climate Change Impact Panel (MCCIP), DEFRA, the International Council for the Exploration of the Sea (ICES), Marine Scotland Science, and the OSPAR Commission, to name a few. Changing conditions in the Arctic necessitate the kind of long-term observational research into the waters flowing in and out of the Arctic Ocean provided by the Ellett Array, and the decades of data behind it. Alongside Scotland’s sustained research in the Faroe-Shetland Channel and polar monitoring around Svalbard, the ongoing observations made along the Ellett Array exemplify Scotland’s marine monitoring contributions toward a comprehensive Arctic observing system.