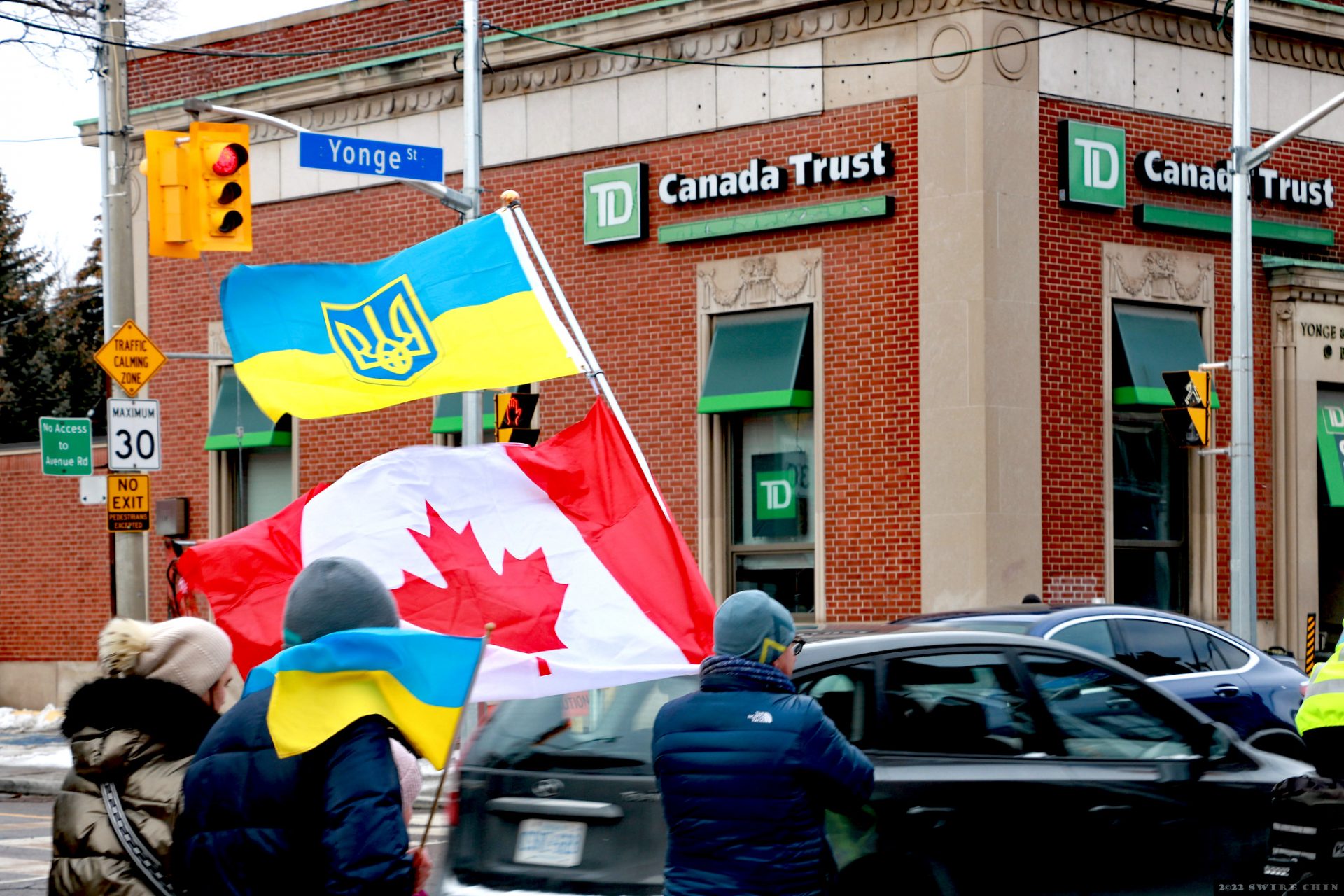 The Russian decision to resume its 2014 invasion of Ukraine is having major international ramification. One of the regions that will feel the impacts for a very long time is the Arctic. While geography may separate the two regions, the Russian attacks will have a major reshaping of the Arctic security regime. Canada now faces a number of significant challenges to its Arctic foreign and defence policy.

When Russia began this war in 2014, Canada was the chair of the Arctic Council. At that time, the Harper Government attempted to bring limited sanctions against Russia such as cancelling Canadian participation in meetings to be held in Moscow. These included the expert group on black carbon and methane. However, these actions were widely criticised as being needlessly provocative, and many criticised the Canadian actions for linking the Russian invasion of Crimea and the Eastern Ukraine to the Arctic for jeopardising cooperation in the Arctic. Few suggested that the danger to that cooperation was actually being created by the Russian willingness to use military force and violence to violate the sovereignty of its neighbour and its acceptance by the international community. In time, even this limited action was abandoned, and the Harper Government resumed “business as usual” with Russia regarding cooperation in the Arctic.

The Russian decision to resume the assault on Ukrainian territory and sovereignty in 2022 has created a different international reaction. It is no longer “business as usual”. This time, the ferocity of the attacks has meant that western states were not able to collectively ignore the attack as they had mostly done in 2014. This time actions were taken by the non-Russian state members of the Arctic Council. The seven state members released the announcement that the Arctic Council would be suspending any further travel to Russia and that it was pausing all meetings of the Council and its subsidiary bodies. Language was included in the declaration that suggested that it may be possible to resume the meeting only if circumstances changed regarding the Russian violation of Ukraine’s sovereignty and territorial integrity.

While Canada’s name was on the declaration and therefore Canadian leaders officially agreed with it, there has been limited Canadian government statements on this announcement. There is also no information on the role that Canada played in drafting this agreement. Nevertheless, the ramifications are very significant. One of Canada’s most important Arctic foreign policies has been the support of the Arctic Council. This has enjoyed bipartisan support since it was created in 1996. It was through Canadian efforts to expand the mandate of the Arctic Enviromental Protection Strategy into a more powerful multilateral forum that led to the creation of the Arctic Council. All governments since the creation of the body have also invested significant political rhetoric into supporting the body. Thus, anything that would harm the Arctic Council as a body and its cooperation-based work would be seen a major blow to Canadian Arctic foreign policy. There is little doubt that Canada would support a return to a “business as usual” approach as soon as is possible, but this is unlikely for quite some time.

The obvious challenge is that the current nature of the Russian invasion may destroy any such possibilities of restarting the Council as it existed. In 2014, when the violation of Uranian sovereignty began, the conquest of Crimea was completed swiftly and with such surprise that there were few causalities. Likewise, the seizure of the Eastern Ukraine was done through an adroit use of hybrid warfare that allowed Russia to maintain the illusion that it was not directly involved in the invasion. Thus, the seven other members – including Canada – could pretend that the leaders that ordered this violation of Ukrainian territory and sovereignty were not the same leaders that they were dealing with on cooperative measures in the Arctic. Thus, there was little long term damage to the ability of the Council to function.

This time, the scale of the violation of Ukraine’s sovereignty and the determined opposition of the Ukrainian forces and people have required a more forceful reaction on the part of the western world. Thus, on 3 March, Canada, Denmark, Finland, Iceland, Norway, Sweden and the United States issued the Joint Statement on Arctic Council Cooperation Following Russia’s Invasion of Ukraine which placed a ban on travel to Russia and a pause on all meetings and work. As casualties and destruction mount in the Ukraine, it is unlikely that the Arctic Council will be able to resume its meetings with the Russians. The choice facing all will be to either resume actions without Russia or to continue its pause in the hopes that relations can be reconnected at a later date. The G-8 followed the first option following the invasion of Crimea in 2014 and has since functioned as the G-7 continuing to do important work with the remaining members. But at this point it is unclear what will be the fate of the Arctic Council.

However, there is another problem that will compound any hope of eventually reintegrating Russia into the Arctic Council. The war has focused the debate in both Sweden and Finland regarding the issue of joining NATO. The recent visit of the Finnish President Sauli Niinistö with US President Biden may have been to discuss this very issue. In Sweden, there is growing support to join but Swedish Prime Minister Magdalena Andersson has said that this is not a consideration for her government. However, if the Finns were to move ahead regarding membership, it is hard to see the Swedish Government not following suit. If and when this happens, Canada, along with all other current members of NATO, will need to make a swift decision to accept these countries as full members. There has never been any open discussion in Canada on this issue, but it is difficult to see the Canadian government turning down the request. The moment that happens, however, it is unlikely to see Russia agreeing to stay in the Arctic Council. Russia has already warned both Sweden and Finland that there will be significant security ramifications if they pursue this option. A major Russian objective of both the 2008 Georgian War and the 2014/2002 attack on Ukraine was to prevent those countries from joining NATO. It can be expected that the Russian response to either or both states joining would be significant.

Specifically, it is difficult to see the Russians willing to re-engage in the Arctic Council if it is sitting opposite to 7 members of NATO. If this happens, and Russia does quit the organisation, it is not unthinkable that they may try to start their own Arctic international organisation to counter the new A-7 Arctic Council. This could provide China with an opportunity to strengthen its role in the Arctic if Russia was to offer it a role that exceeded its membership as an observer in the Arctic Council. Given the Indian Government’s reluctance to condemn the Russian actions or to vote against Russia in the United Nations, it is also possible that India could be invited to join. Regardless of the membership, the creation of an alternative to the Arctic Council would act to institutionalise the split, and it is difficult to see how Russia would then be able to rejoin.

Thus, the Russian actions have dealt a significant blow to one of Canada’s most important foreign policy achievements in the Arctic. Canada will undoubtedly do whatever is necessary to make sure that the new Arctic Council flourishes as well as it can. What it will not be able to do is protect the many forms of scientific cooperation that flourished under the Arctic Council with Russia. Russia is an important part of the Arctic, and the lack of their cooperation will set back Arctic research for all countries. But the longer the war in Ukraine extends, and the more casualties and especially civilian casualties rise, the less likely it is that this cooperation can resume. While Canada and other members of the Arctic Council were willing to ignore the initial Russian violation of Ukraine’s sovereignty in 2014 and resume cooperation, the scope of the current war makes this unlikely to be repeated.

The war will have a second impact on Canada’s polices in the Arctic. When the current Liberal government released its Defence Policy Strong Secured and Engaged in 2017 – three years after the 2014 phase of the war, a changing geopolitical environment in the Arctic was acknowledged. To this end, the Government committed to the modernisation of NORAD and the purchase of new fighter aircraft to replace its ageing fleet of F-18s. By 2022, very little actual funds have been dedicated to the modernisation of NORAD, and there is still no decision as to the aircraft to be selected. As a point of comparison, Finland decided in 2015 to replace its fighter aircraft; put out the call for bids in 2019; and made its decision to buy F-35s from the US by the end of 2021. Denmark received the final bids for its fighter replacement in 2014 and made its decision to also buy American F-35s in 2016.

While military preparedness has never been a priority for this government, the resumption of the Russian attack will bring much greater pressure from Canada’s allies and possibly from with the Canadian population. Sweden, Finland, Norway and Denmark since 2016 have all been working much more closely with the Americans to improve their defensive capabilities and their ability to cooperate. The current war will undoubtedly intensify these efforts. In such circumstances, any continued Canadian reluctance to improve its northern defensive capabilities will render Canada the weak link in the western northern flank. Thus, it can be expected that significant pressures to seriously commit and act upon modernising its northern capabilities will be brought on the country that will be hard for even the current Government to resist.

In total, the Russian resumption of its attack on Ukraine will have significant impacts on Canada’s Arctic foreign and defence policies. In both instances, Canada will be forced to go into directions it does not want to go but will have little choice but to act.

Dr Rob Huebert is Associate Professor in the Department of Political Science at the University of Calgary (Canada). He is a leading Canadian commentator on Arctic security and defence issues in media, academic and policy circles, and continues to monitor and analyse Arctic defence and international security trends, with a particular focus on strategic policy and military capabilities and how developments impact on Canadian Arctic security. He is also the Network Coordinator of the North American and Arctic Defence and Security Network (NAADSN). His areas of research interests include international relations, strategic studies, the Law of the Sea, maritime affairs, Canadian foreign and defence policy, and circumpolar relations. His books include Canada and the Changing Arctic: Sovereignty, Security and Stewardship (co-authored with Franklyn Griffiths and Lackenbauer, 2011) and (Re)Conceptualizing Arctic Security: Selected Articles from the Journal of Military and Security Studies (co-edited with Lackenbauer and Ryan Dean, 2017).