International Scientific Cooperation in the Arctic: Prelude or Symphony? 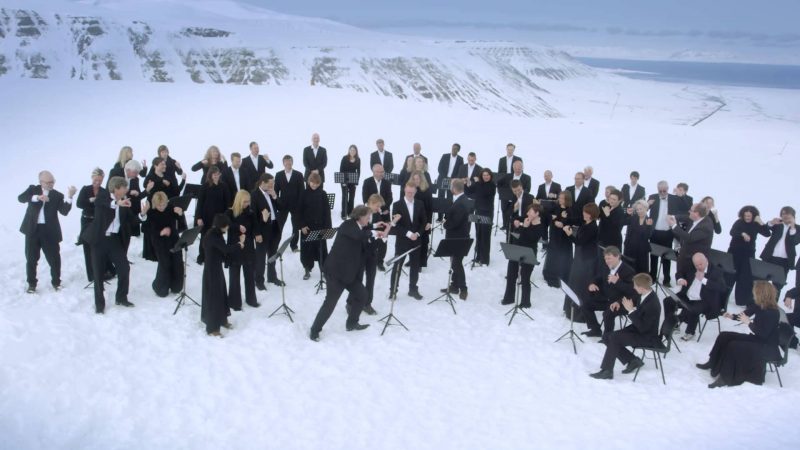 It is highly recommended to turn on any classical symphony when reading this article. The author’s suggestion is Symphony No.9 from Ludwig Van Beethoven.

July 2016. HQ of Global Affairs Canada, Ottawa. The 9th meeting of the Arctic Council’s Task Force for Enhancing Scientific Cooperation in the Arctic (SCTF) has been held to reach ad referendum agreement on a new ‘Agreement on Enhancing Arctic Scientific Cooperation’, a legally-binding instrument that will be a treaty negotiated under the auspices of the Arctic Council. As announced by the AC, its Task Force was established in 2013 “to work towards an arrangement on improved scientific research cooperation among the eight Arctic States; to discuss priorities for future international scientific cooperation in the Arctic and potential obstacles to such cooperation; consider the nature of the arrangements required to enhance cooperation in the area of Arctic science; and then negotiate a legally-binding agreement”. Should the scientific community of the Arctic consider this historic document as a soothing prelude to a large-scale symphony? The most part of musical glossaries tells us that ‘prelude’ is a preface, an introductory movement or work to succeeding longer and more complex activities. What’s next?

You may ask why “symphony”? Well, the word “symphony”, with its Greek roots (symphonia) referring to “agreement or concord of sound”, has a “harmonious” meaning. It’s an extended composition that is usually written for orchestra. And orchestra itself consists of different instruments, grouped in sections. Don’t you see the conceptual analogy with the Arctic sciences?

The Symphony №1, with the several campaigns, certainly is the IPY – International Polar Year started in the late 19th century. The prelude for such a symphony was the eager desire for exploration of the polar geographical space, including the Arctic. The IPYs (1882-1883, 1932-1933, 1957-1958 better known as IGY –International Geophysical Year) were international, multidisciplinary, multigenerational endeavours. The recent IPY (2007-2008) brought up the number of legacies based on historical lessons of international scientific cooperation from the previous IPYs. It supported 228 international projects and involved more than 60 nations. This 4th IPY contributed to the theoretical and organisational strengthening of polar research, and advanced the understanding of polar processes and their global linkages. As a result, the fundamental scientific and historic scope of all the achievements was summarised and produced. This is to say that “Polar Bible” doesn’t need any introductions here.

So, should we foresee the Symphony №2? Or will it be the new modern sounding of Symphony №1?

When discussing the obstacles of the international scientific cooperation in the Arctic, we should refer to those which have already been successfully overcome by following the legacies of the IPY 2007-2008 mentioned above.

These are new observing systems, new facilities and infrastructures which support better access to the Arctic; the new level of scientific and political cooperation as mentioned in the prelude; cross-disciplinary collaboration in a way of synthesis and integration of scientific knowledge; changes in data management and referencing; ensuring the intergenerational continuity by nurturing the new generations of polar scientists and engineers; the larger focus on education and outreach activities, broad public participation for the better understanding and awareness of ongoing environmental changes; engagement of the Arctic residents and indigenous people by integration of local communities into research and the enhanced role of social sciences and humanities.

The legacies are being largely pursued by the number of international organisations, projects, initiatives and activities. By way of example, the International Arctic Science Committee has supported and endorsed most of them through its partnerships and main working instruments such as working groups. To second the importance of IPY legacies, the Toyama Conference Statement was released during the Arctic Science Summit Week 2015, one of the main home messages of which says “Understanding the vulnerability and resilience of Arctic environments and societies requires increased international scientific cooperation, including contributions from non-Arctic states”.

All of this shows us the obvious consonance and readiness of the scientific community for the enhancement and facilitation of international scientific cooperation in the Arctic.

Though, as in any composition, there might be some dissonance in different aspects of Arctic research and cooperation. This also relegates us to the great number of different Arctic stakeholders among whom there is not always a consensus, thus allowing a lot of questions to be posed. 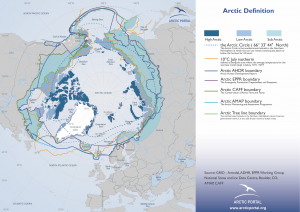 What is general for all these definitions is that they are found around the holistic scientific vision representing the Arctic as a common area while it also has national interests. The national interests and agendas of the Arctic States refer us to a more regional approach to the geographical space. 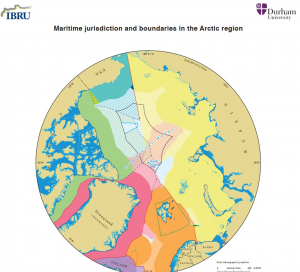 Does it seem as a potential obstacle for the international scientific cooperation in the Arctic, since it also influences the regime of access to the region? Is the international scientific cooperation really not affected by any political constraints and realities, as we have experienced during the Cold War? When looking through the news stream, it becomes obvious that the overall geographical space of the Arctic is highly politicised, which only complicates the access to the Arctic, complemented by different national regulatory and permission systems. Is there a way to pursue the effective dialogue among all Arctic stakeholders to have this scientific cooperation without borders? Doesn’t it collide with one of the IPY legacies mentioned above?

The other interesting point for discussion might be the convergence of natural and social sciences, the inclusive and open dialogue between these which in the end leads to more comprehensive scientific conclusions and results. The main objective of any research is to produce scientific knowledge. This is the overarching message. But there is also the traditional knowledge there in the Arctic. Not all the scientists accept and conceptualise this knowledge. This might pose the question: which knowledge is authentic – scientific or traditional? In which way should we incorporate them? And in the end, who are those holders, producers and users of knowledge? The scientific knowledge is usually defined as knowledge, fact accumulated by systematic study and organised by general scientific principles and methods. Arctic Council defines Traditional Knowledge as a systematic way of thinking and knowing that is elaborated and applied to phenomena across biological, physical, cultural and linguistic systems. Isn’t it the best example of convergence of natural and social knowledge? Then why should we always try to find the answer on why and how to incorporate traditional and scientific knowledge? The answer is simple and floating at the surface. It is a very natural process.

Of course, a lot more questions can be posed and concerns expressed, but we should always try to find the consensus and the way for scientific dialogue. 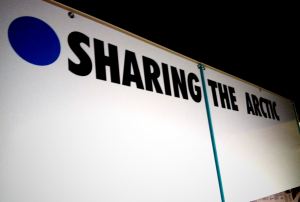 In conclusion, one can say with a certain level of confidence that the Arctic Symphony is yet a hard composition to perform with the diversity and complexity of its parties, but the International Scientific Orchestra will pursue and play it in the sense of “sounding together”. Would you buy a ticket?

Yuliya Zaika is currently completing her PhD at the Faculty of Geography Lomonosov Moscow State University (Russia), where she investigates extractive industries (in particular mining) and sustainable development of mining communities in the Russian Arctic and across the Arctic Circle. Prior to this, she studied for an MSc in Environmental Management. Yulia was born and currently lives and works at the Kola Peninsula, Murmansk region of Russia. Her research interests focus on all aspects of Arctic living, including well-being of Arctic residents, indigenous people, climate change, extractive industries, transformation of economies, and some others.