Mental Health and Suicide in Canada and Greenland 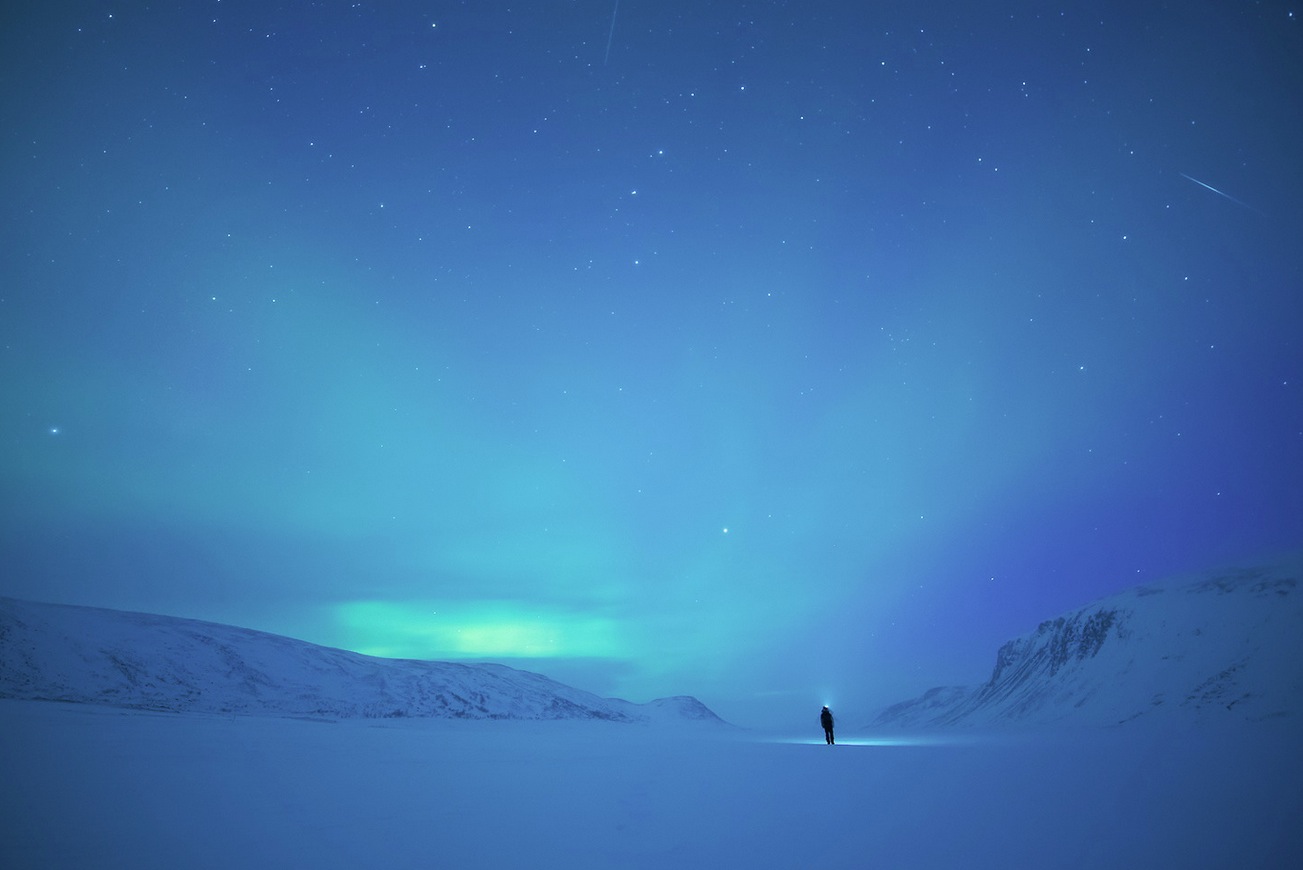 Arctic politics have long been relegated to the back burner when it comes to political awareness and societal interest, the region historically being regarded as a vast empty ice-filled landscape with remote peoples living there, a place where the elements still rule. It was long considered one of the final frontiers left on earth. Only within the last years has it been welcomed to the centre stage of political discussions, with prominent politicians visiting, articles being written, and many tourists heading North. With melting ice caps, starving polar bears, cruise ships, and old cold war rivals successfully negotiating binding agreements, many people are now moderately aware of issues in the region.

Issues concerning mental health have also been largely ignored and isolated in the support received from the wider community. Although it is becoming more accepted to seek necessary help, and politicians in some countries are willing to talk and fund potential solutions, this is not the case everywhere. Due to the fact that both this issue and the Northern region have often not received the attention they deserve, mental health in the North has rarely been focused on. But this is no longer possible: with several communities in northern Canada admitting to having a suicide crisis, and Greenland having suicide rates that are 6 times higher than that in the United States, this problem needs to be addressed. In many of the communities up North, there are few people who do not know someone who has killed themselves. And these problems are not only found in those Northern communities, but in many regions across the circumpolar North. According to a collaborative article A scoping review of Indigenous suicide prevention in circumpolar regions, “It is recognised that suicide, mental illness, substance abuse and other health-related challenges are in a large part symptomatic of the long history of colonialism, from which Indigenous communities have only recently begun to emerge”. Historical relations have had long-lasting implications on the communities up North.

Figure 1 shows the average suicide rates in Northern countries and communities from 2000-2009. When analysing Figure 1, remember that the global suicide rate is 16 per 100,000. Most of the North falls above the average rate, while some of the Northern regions have rates 5 times higher than the world average. Greenland, for example, has a population of about 56,000 (2013), with a rate of suicide at about 82 people per 100,000. Were the population of Greenland to be multiplied a sufficient number of times to be equivalent to the population of the United States, the ratio would be the equivalent of everyone in Baton Rouge, Louisiana, killing themselves or the same in Richmond, Virginia, every year. With something of that magnitude happening in a country, the world should be listening.

Where is this coming from?

While many may blame the long winters, the cold nights, and the isolation up North, this would be naive. Peoples having been living in the North for many years and have not encountered this problem until more recently. According to the Inuit Circumpolar Council, one of the Permanent Participants of the Arctic Council, “There are many factors that contribute to mental health problems, including lack of economic opportunities, climate change, loss of culture, lack of recognition, historical trauma, poverty, inadequate housing and addictions.” While colonial historical relations, as well as residential schooling and governments treating Indigenous peoples poorly, all contribute to the mental health situation up North, one of the prominent factors that many people overlook is rapid modernisation, and the accompanying loss of culture, as well as implications on climate and the environment.

Sheila Watt-Cloutier, a prominent Inuit activist who was a nominee for the Nobel Peace Prize, often speaks out about the issues surrounding the Inuit in the North. Her new book The Right to Be Cold: One Woman’s Story of Protecting Her Culture, the Arctic and the Whole Planet speaks about the fight against climate change. Ms. Watt-Cloutier, in a speech at the Toronto Library, said, “If you don’t think that we have a high enough suicide rate… then take away that ice and you’ll see that there will be many more stressors and already there are many more stressors coming about as a result of the precariousness of what is happening with our environment.” Without the ice, many Inuit are struggling to understand their place in the world. The gap between older and younger generations, which has already been impacted by residential schooling, is only widening, with older generations being hunters and living off the land, and younger generations trying to understand what their place is in a new world struggling against climate change. In Ms. Watt-Cloutier’s speech, she goes on to say, “The trauma of the human is very much mirroring the trauma our climate is going through.”

According to a new article recently published in the Canadian Medical Association Journal, “Suicide prevention encompasses more than mental health[…] Improving upstream factors associated with suicide — such as identifying children at risk of or suffering from sexual and physical abuse early, and intervening through culturally appropriate child development and school-based programs — will require coordination among the education, justice, employment and social welfare sectors.”

In Canada, this ongoing crisis that many recognised, but either ignored, accepted, or, in many cases, felt overwhelmed with, is finally being recognised as a pandemic. According to a Statistics Canada report released this year, based on 2012 numbers, one quarter of Inuit have contemplated suicide. Looking at Figure 2, it is clear that the four Inuit regions are truly struggling compared to Canada as a whole.

But Canada is starting to pay attention. Prime Minister Trudeau recently met with a Northern, although not Arctic, First Nations chief and pledged $69 million to help deal with youth suicide. The Canadian Inuit organisation, Inuit Tapiriit Kanatami (ITK), released a National Inuit Suicide Prevention Strategy (NISPS) this summer that included key areas that need either investment or attention to deal with the crisis. Of the $69 million pledged from the Federal Government, $9M is to be earmarked for Inuit suicide prevention. Natan Obed, the head of ITK, said in an interview with Eye on the Arctic, “A large part of the reason why we have poor mental health, the reason there are a multitude of risk factors present in our communities, is because of our recent history. Moving beyond that history is going to take resources to build social equity. That’s a pillar of what we want to talk about.”

Canada is the only developed country without a national program dealing with the reduction of suicide, according to the Canadian Association for Suicide Prevention. And to deal with the many factors that lead to suicide, Canada will need one in the near future. According to the ITK National Inuit Suicide Prevention Strategy, “We have not had a shared, evidence-based, Inuit-speciﬁc approach to suicide prevention across Inuit Nunangat that informs a united response.” And this is a problem in Canada. It goes on to say, “The NISPS envisions suicide prevention as a shared national, regional, and community-wide eﬀort that engages individuals, families, and communities. It provides a uniﬁed approach to suicide prevention in Inuit Nunangat that transforms our collective knowledge, experience and research on suicide into action.” This is what Canada needs to be looking to achieve: a long-lasting, overarching suicide prevention plan.

Greenland, as seen in Fig.1, has one of the highest rates of suicide in the circumpolar North.  Much like Canada, the causes for this are numerous, and many are tied up in colonial relationships and rapid modernisation, as well as climate change and the implications this has for Northern cultures. The rate of suicide in Greenland is staggering. Figure 3 looks at the different generations and their rates of suicide. As clearly seen, the most recent generation (people born from 1980-1989) are still dealing with extremely high rates of suicide, specifically when they are in their late teens and early twenties.

This is happening, even though Greenland has tried to address the problem. Unlike Canada, Greenland has had a National Suicide Prevention Strategy since the early 2000s.

But within Greenland, the problems of suicide remain high. As shown in Fig. 4, it becomes clear that regional strategies could be a more potent way of dealing with the struggles of Greenlanders. For the people in Nuuk, there are more resources now than there were before, which allows for a lower rate of suicide. But as seen in Fig. 4, this is not true of the regional, small towns in the rest of Greenland, specifically in the east and the north of the country.

Greenland is still struggling in smaller communities, in large part due to the lack of access to resources that plague these areas. The Inuit Mental Health and Wellness map, for example, shows a cluster of ten Inuit communities on the western side of Greenland that have no health projects, no hospital, no nursing station, and no health partner community.

The circumpolar North is struggling in dealing with the very real issue of climate change and the implications this has on their lives, their cultures and their own well-being. This article only looked at Greenland and Canada, but as Fig. 1 shows, Russia, the United States and even the Nordic countries are dealing with higher levels of suicide in their Northern regions.  Canada and Greenland are two interesting cases to study because of their different approaches and the differences in how they should handle the crisis in the future. Canada needs to focus on an overarching, nation-wide strategy, while Greenland truly needs to look at a more regional approach. This does not mean that these countries should only focus on said approaches, but that, at this point in time, this approach will likely be the most effective.  Suicide and mental health in the North is a problem. This is no longer a question. But the ways in which Arctic countries deal with this issue will have a large role in shaping the future of the North.

Mieke Coppes serves as an Expert within PRPI’s Indigenous Peoples Unit. Mieke received her MSc in International Relations from the London School of Economics and Political Science (LSE), where she focused on foreign policy analysis and the Arctic, as well as the role that Indigenous Peoples play in the North.