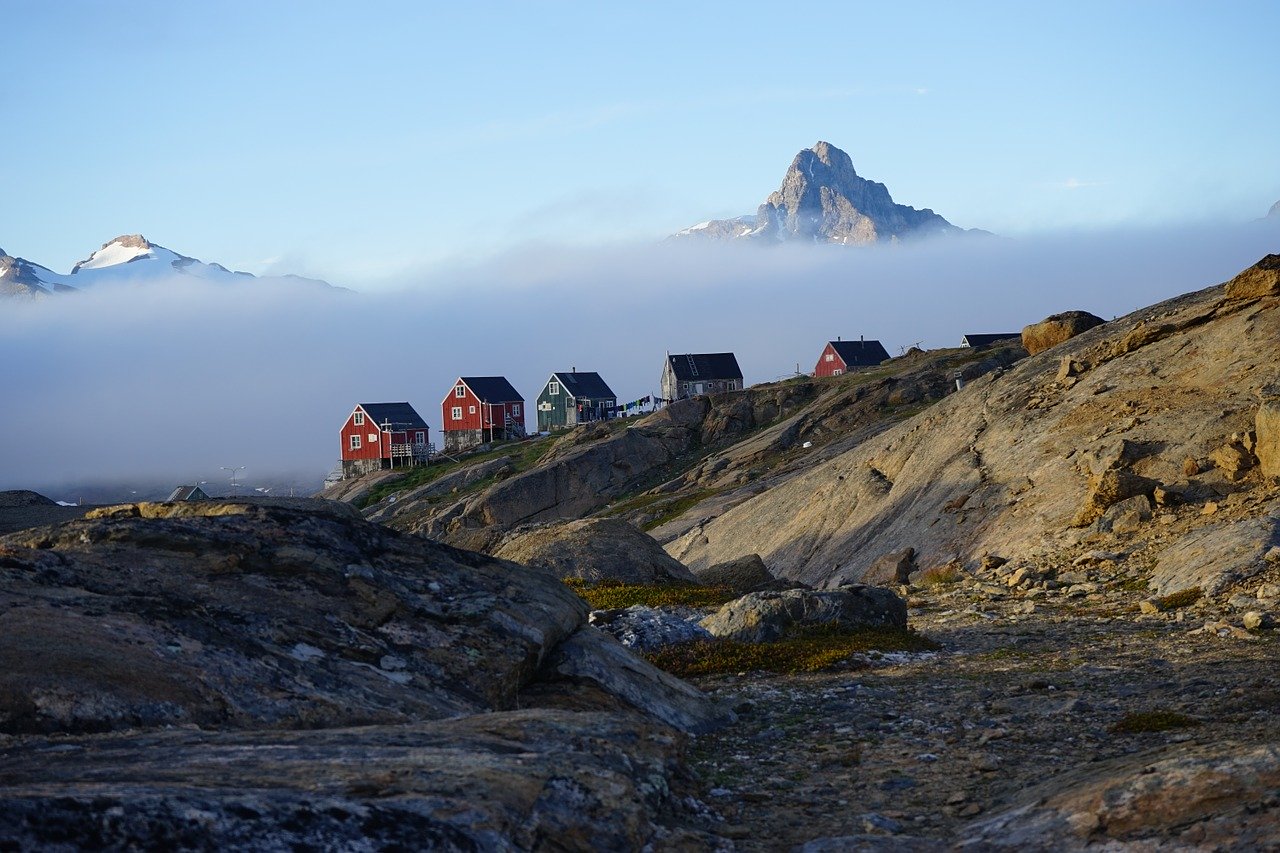 Image by Bernd Hildebrandt from Pixabay

Under normal circumstances, the announcement of an American foreign investment package worth slightly over US$12 million would not be particularly newsworthy. Yet this specific proposal, made by Washington last month, has caused a political stir well out of proportion to its value for two reasons. First, the investment plan was directed at Greenland, a country which unwittingly found itself in the global spotlight in the wake of an ill-conceived idea, mooted by the Trump administration last year, to purchase the island from Denmark. That initiative demonstrated a lack of understanding of the 2009 Self-Rule Act between Denmark and Greenland, which gives the latter the right to self-determination.

Second, the methods by which the investment plan was unveiled left little doubt that the United States’ motivations reflected great power Realpolitik, especially concerns about China’s economic presence in Greenland, as opposed to economic rationales. Greenland, with a population of 56,000 and part of the Kingdom of Denmark, is finding itself in the difficult position of being caught in the centre of a developing great power competition over influence in the Arctic.

The planned package, designed to assist US interests in investing in key Greenlandic sectors including education, mining and tourism, is tiny compared with Danish investments as well as the annual block grant, worth approximately US$550 million, transferred to the island by Copenhagen. However, the timing of the offer, not long after the ‘buy Greenland’ fiasco, as well as the fact that the package was presented directly to the Greenlandic government in Nuuk, was at best a diplomatic faux pas and at worst was a signal that Washington still has designs on bringing Greenland much closer to the US orbit, over Denmark’s head if necessary.

For Greenland, this offer appears to be a refreshing turn of events which will probably fuel its economy as well as alleviate the lukewarm relations with the United States after the ill-received ‘Greenland purchase’ proposal by President Trump. At any rate, for a small nation like Greenland, which is economically highly dependent on exports and on fiscal subsidies from Denmark, and that also wishes to attract increasing foreign investment, it is preferable to soothe the relationship with a great power whose presence on the island spans around a century and that has been contributing to Greenland’s income mainly through maintaining the Thule Air Base.

However, legally, Greenland is still part of the Kingdom, and Denmark retains the rights over this former colonial territory in the areas of defence and foreign affairs, according to the Self-Rule Act. Even though Mette Frederiksen, the Prime Minister of Denmark, had previously conveyed her willingness to give more elbow room to Nuuk to enhance its foreign relations, other politicians in Denmark do not necessarily hold the same viewpoint. For example, right-wing Danish People’s Party (Dansk Folkeparti in Danish), a conservative political party in the Parliament, has been constantly criticising the independence movement of Greenland. In the case of the new investment package from Washington to Greenland, dissatisfaction with the US offer within the Danish political circles has emerged. After all, from the perspective of geopolitics, potentially losing Greenland, the biggest island in the world and rich in natural resources and in a prominent location, would amount to forfeiting over 90 percent of the size of the Danish Realm, and possibly losing the status of being an Arctic power. What’s more, Greenland has provided a unique cooperative and negotiative platform for Copenhagen and Washington for the last few decades for numerous purposes, including scientific research, military cooperation, and regional diplomacy. Therefore, more direct communications between the US and Greenland indicates that the importance of Copenhagen’s role as a shelter (e.g. politically and economically) for Greenland, and as a mediator for American and Greenlandic relations, may have declined.

As the proposal was being presented, a statement released by the US Ambassador to Copenhagen, touted Greenland’s economic potential but then moved quickly to cite the dangers which both China and Russia were presenting to the Arctic, pointing to Moscow’s military activities in its Arctic lands and citing Beijing for constructing a revisionist agenda in the region. In follow-up remarks by an unidentified official with the US State Department, it was reiterated that Washington wished to be the ‘partner of choice’ for Arctic economies, including Greenland, and that Beijing and Moscow represented challenges to the region’s stability, including the ‘disconcerting’ interest expressed by China to play a larger role in Arctic governance and development. Beijing did not immediately respond to these events, but the Russian Embassy in Copenhagen accused the United States of openly trying to eschew regional cooperation in favour of attempting to achieve ‘dominance’ in the Arctic.

At present, China’s economic presence in Greenland is limited to two mining partnerships (three, if one counts a mining site owned by a Hong Kong firm), with none of these currently in operation. In 2018, when a Chinese construction firm placed a bid for a contract to refurbish airport facilities in Greenland, the backlash from both Copenhagen and Washington was strong enough that the Danish government, pushed from behind by the US, offered to underwrite the airport projects, effectively vetoing Chinese involvement.

Nevertheless, the Greenland investment plan is the latest in a string of moves made by the Trump administration to promote the leveraging of China out of Greenland, and the Arctic in general, including the proposal to purchase Greenland, which was viewed as being at least partially motivated by Chinese interests there. Last year, policy documents from the US Coast Guard and reports on Chinese military strategies and Arctic security all cited Beijing as an emerging challenger to regional affairs and US interests in the far north.

The US has taken other steps to elevate its role in Greenland, including signing a memorandum of understanding with Nuuk in June 2019 to set conditions for joint surveys of potential mineral resources in southern Greenland, and preparing to open a consulate in the Greenlandic capital after closing its office there in 1953. Washington is also expressing greater interest in bolstering ties with another part of the Danish Kingdom, the Faroe Islands, but an offer made last month by the American Embassy in Copenhagen to the Faroese government to assist with their combatting the coronavirus, which was declined, was also criticised for circumventing Danish sovereignty.

Moreover, Greenland is also factoring into the interest of the Trump government in changing the narrative regarding the most serious threat to the Arctic. In short, climate change is out, great power rivalries are in. This was a theme suggested during US Secretary of State Mike Pompeo’s controversial May 2019 speech at the Arctic Council’s meeting in Rovaniemi, where he denigrated Chinese and Russian activities in the region while waving off the looming challenges which climate change present in the region. In describing the US investment plan for Greenland, the State Department official confirmed that no funds were planned in relation to the accelerated erosion of the Greenland Ice Sheet, which is presenting the island with a serious environmental and economic threat.

Despite the relatively small scale of current economic connections between the US and Greenland, especially compared with Denmark, the US may have to better balance its interests in Greenland with its diplomatic relations with Copenhagen, especially should Greenland move closer to independence.

The more tempting external investment offers are, including from China and the United States, the farther Greenland may be driven from the Kingdom of Denmark. To some extent, any enhancements of Nuuk’s foreign relations, no matter via political ties or economic activities, are triggering greater confidence in Greenlandic secessionism from Denmark. In short, Greenland is no exception in the emerging game of great powers; however, it is the centre of emerging diplomatic competition in the Arctic, and in the end it is Nuuk which is responsible for balancing external players on the island.

Mingming Shi is Associate Editor of Over the Circle, and she has a focused research interest in Arctic affairs.

Marc Lanteigne is an Associate Professor of Political Science at UiT: The Arctic University of Norway in Tromsø, and the chief editor of the Arctic news blog Over the Circle. He is the author of Chinese Foreign Policy: An Introduction, and several books and articles about Chinese and Asian politics and foreign policy.