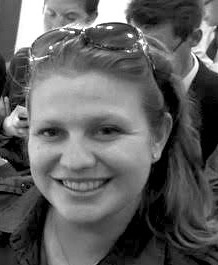 Mieke Coppes served as Fellow at Polar Research and Policy Initiative from 2016 to 2018.

Mieke received her MSc in International Relations from the London School of Economics and Political Science (LSE), where she focused on foreign policy analysis and the Arctic, as well as the role that NGOs can have in today’s society.

This culminated in a Master’s Thesis written about the role of the Inuit Circumpolar Council and their influence on foreign policy, specifically in regards to the banning of certain Persistent Organic Pollutants.

She received her BA in International Relations from the University of British Columbia (UBC). She has been to four of the eight Arctic countries and plans on getting to all eight in the coming years!

She currently resides in Toronto and also works as a Research Associate for The Arctic Institute, a freelance journalist for northern issues, and as a Program Coordinator for The Gordon Foundation. Her work with the Foundation is predominantly focused on the Mackenzie River Basin and domestic Canadian Arctic issues.