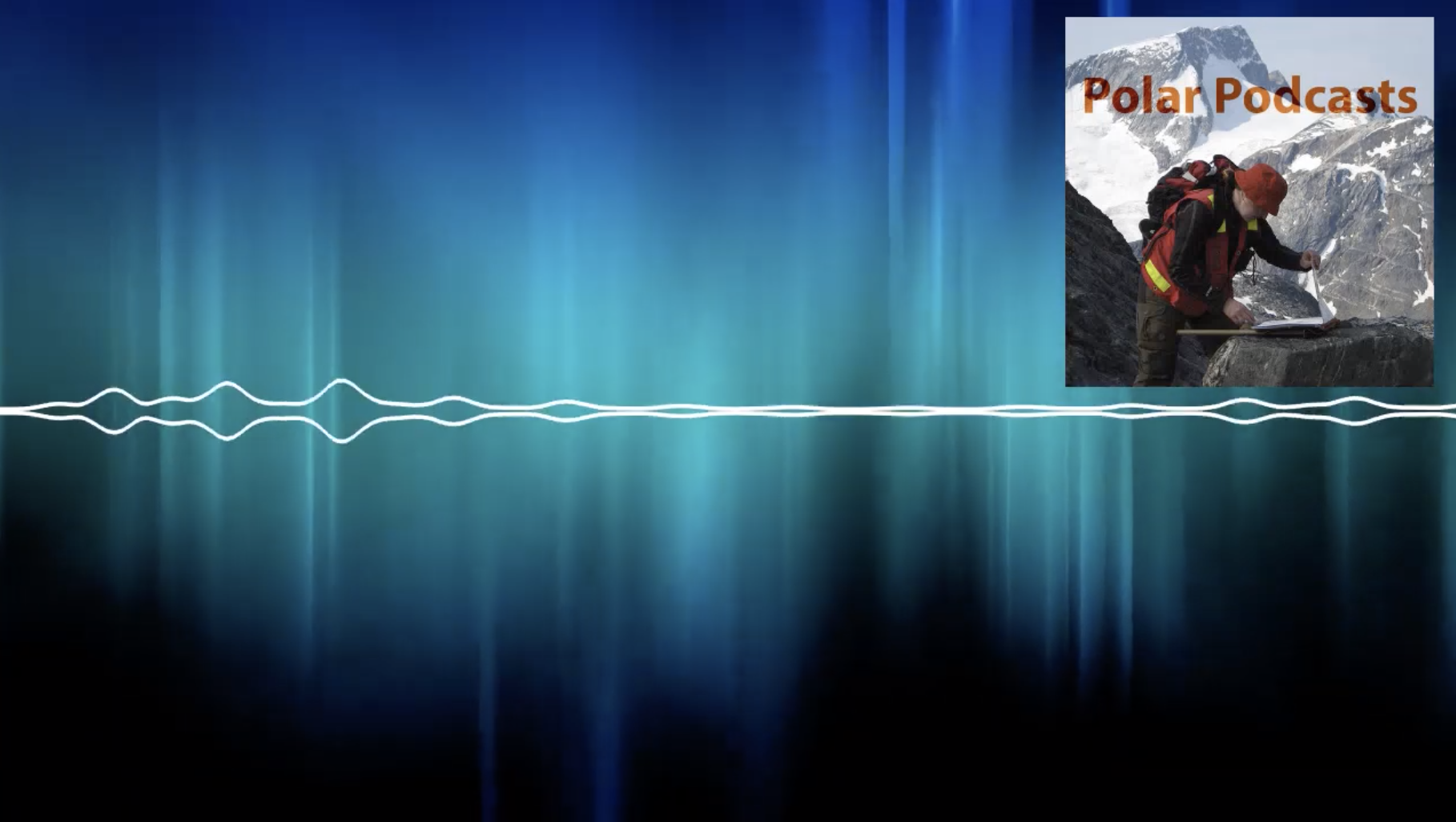 Polar Research and Policy Initiative (PRPI) is delighted to partner with Julie Hollis in bringing you Polar Podcasts, a new podcast series where you’ll hear stories from geologists who have spent their careers and their lives exploring and studying the remarkable and remote geology of Greenland.

Why did they become fascinated with Greenland? What were the problems and the discoveries that drove them? And what was it like working in these remote places, where few people venture, even now?

We will be posting a new podcast on this page every day, so tune in to hear numerous career Greenland geologists talk about their experiences working in Greenland over the decades.

For now, you can click the links below to listen to a welcome message by Julie Hollis, introductions to some of the geologists who will be featured in this series, and the first two episodes in the series.

If you’re in academia, policy or industry and are interested in learning more about the triumphs, trials and travails of mineral exploration in the Arctic, we hope you will find this series useful.

01: Niels Henriksen – The beginnings of a more than half-century career mapping Greenland

02: Brian Upton – “Ilimaussaq is magic” – Beginnings of a lifelong passion for alkaline rocks

In this episode, we hear from Brian Upton, Emeritus Professor of Geology at the University of Edinburgh, about starting out in South Greenland with the Geological Survey of Greenland in 1955, and what became a lifelong passion for researching and understanding the unique rare earth element-rich rocks of the Gardar Province, on which Brian would become a world expert, still publishing his research on their remarkable geology more than 60 years later.

In this episode, we hear from Kent Brooks, Emeritus Professor from the Geological Museum in Copenhagen, about how his fifty-year career, studying the geology of Greenland, was kindled. And about his first – very memorable – field season in east Greenland in 1965.

04: Bjørn Thomassen – ‘Taken in’ – The beginnings that led to 42 summers exploring Greenland

In this episode, we hear from Bjørn Thomassen, Emeritus senior scientist at the Geological Survey of Denmark and Greenland, about what drew him to Greenland and kept him coming back for 42 summers, working as an economic geologist and mineral prospector.

In this episode, we hear more from Brian Upton, Emeritus Professor of Geology at the University of Edinburgh, about working on the unusual alkaline igneous rocks of the Gardar Province in South Greenland in the 1950s and later.

In this episode, we hear from Kent Brooks, Emeritus Professor at the Geological Museum in Copenhagen, about a chance discovery while on a geological expedition to East Greenland in 1966, the implications of which followed him over forty years.

In this episode, we hear from Bjørn Thomassen, Emeritus senior scientist at the Geological Survey of Denmark and Greenland, about what drew him to Greenland and kept him coming back for 42 summers, working as an economic geologist and mineral prospector.

In this episode, we hear more from Brian Upton, Professor at the University of Edinburgh, about his early years as a researcher when the theory of plate tectonics was being developed, his time at Caltech, in La Reunion, and his experiences on returning to Greenland investigating plate tectonic links between northwest Greenland and Arctic Canada.

In this episode, we hear more from Kent Brooks – Emeritus Professor at the Geological Museum in Copenhagen – about the Skaergaard Intrusion, which he first encountered on a geological expedition in 1966, and which was to become the focus of his long career working in east Greenland. He also discusses his move away from Oxford to Copenhagen, forays into studying the unique geology of south Greenland, and being drawn back to east Greenland where his research interests would be firmly rooted for the decades ahead.

In this episode, we hear more from Niels Henriksen, emeritus senior scientist at the Geological Survey of Denmark and Greenland, about his years spent mapping the Caledonian Fold Belt, an ancient mountain belt in remote parts of northeast Greenland.

For the past twenty years, Julie Hollis has worked in leading roles in government geoscience in Greenland, Denmark and Australia, managing geological mapping and regional geoscience programs to promote mineral exploration investment. She is passionate about both geology and about communicating science – writing for academic journals, trade magazines, and popular science websites. She has a PhD in Geology and a Masters in Science Communication and Public Engagement from the University of Edinburgh.