A RARE Opportunity: How Greenland came to be central to the Biden Presidency 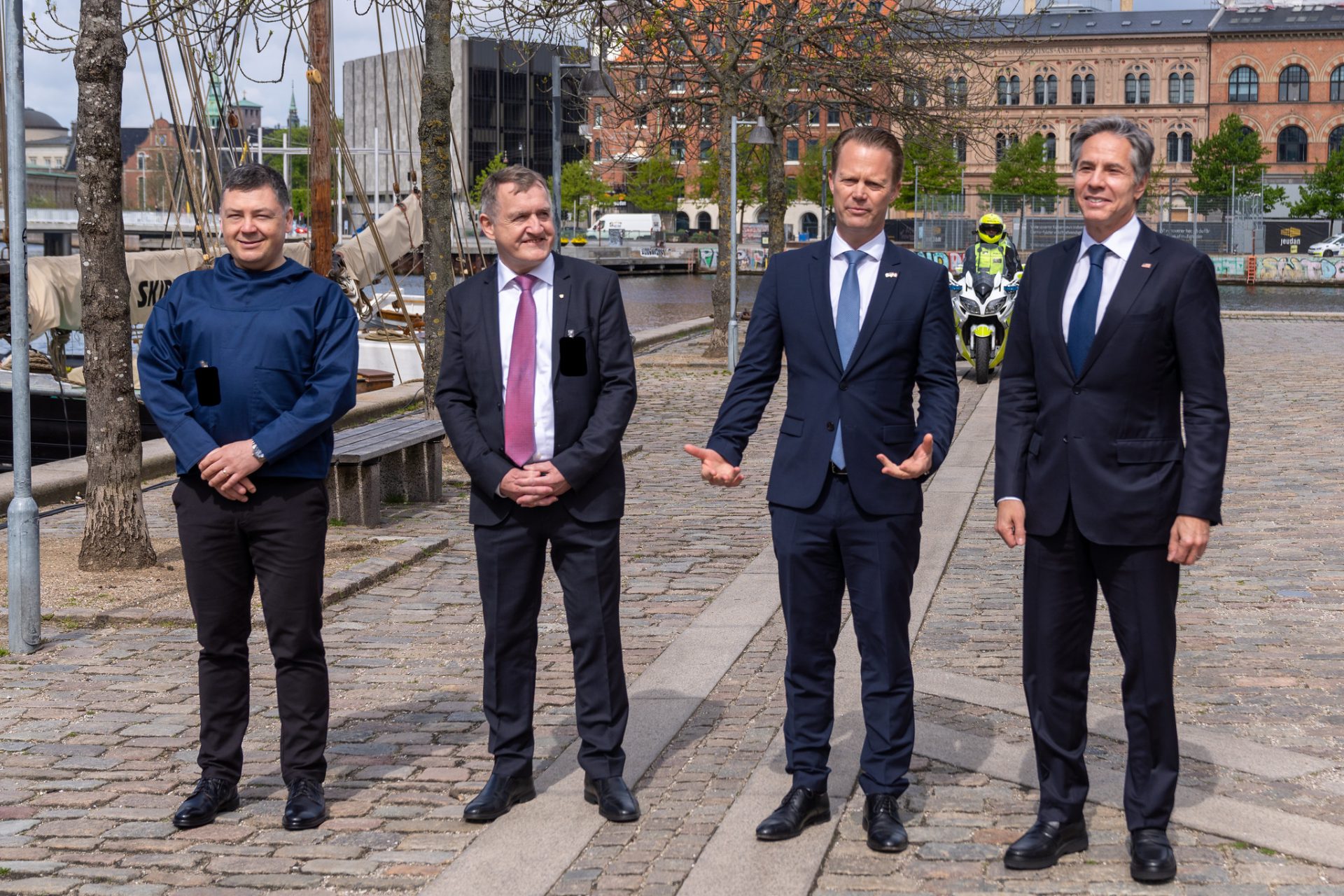 Less than six months into the Biden presidency, it is clear that the Arctic continues to be critical to US geopolitical strategy. Combining the fight against climate change with the international response to the Chinese Uighur persecution, the US is setting the stage for crippling the Putin regime and for reining in Chinese ambitions. Central to the plan is Greenland, which Secretary of State Antony Blinken is visiting today.

While Israel and Gaza burns, the US Secretary of State Antony Blinken is visiting Denmark, the Faroe Islands and Greenland in short order. It is no coincidence, as the Arctic in general – and Greenland in particular – is too important to American medium- and long-term geostrategic interest to ignore.

This is reflected in the recent US Navy Strategic Blueprint for the Arctic published on 5 January 2021. The strategy names Russia and China as the two key opponents to peace and prosperity in the Arctic and beyond.

On his first day in office, President Biden brought the US back under the Paris Treaty; and in April, he led a summit of 40 world leaders on tackling climate change. Russian president Vladimir Putin may very well have been a reluctant participant, as the Russian economy is extremely reliant on oil and gas exports.

If Biden can push the global economy towards renewable energy, he will have achieved two major objectives. The obvious one being limiting climate change-related devastation from increasingly violent weather, and the less discernible will be to cripple the Russian economy and push it towards peaceful reintegration into the world economy and perhaps towards regime change.

In order to achieve these objectives, the world economy must pivot quickly and significantly to renewable energy – preferably within this decade. However, the prerequisite for this pivot is resource access. That makes rare earth elements (REEs) strategically critical resources, as the minerals are key to the production of wind and solar power. Currently, most of the REE production is located in China. This is a strategic challenge for the US for two reasons.

Secondly, it gives China the opportunity to dictate or shape the market for renewable energy. While the US would like to force a change in Russia, it cannot let the Chinese economy reap all of the rewards, as China is clearly the largest challenger to American geostrategic superiority.

It is no coincidence that President Biden’s Special Envoy for Climate, John Kerry, told the House Foreign Affairs Committee on 12 May that the US administration is assessing whether to penalise Chinese solar panels due to the use of Uighur forced labour in the production, coopting the Republican argument against solar to set up an argument for a US-based production.

That is why the US needs to acquire access to a significant REE resource. This is reflected in the creation of the Energy Resource Governing Initiative (ERGI) that was created in June 2019 by the US, Australia, Canada, Botswana and Peru – something the White House referred to in its presentation of President Biden’s Climate Change summit.

With Blinken visiting the Faroe Islands and Greenland, the American objectives for each nation is clear. The Faroe Islands is being assessed as an integrated support point for the US Navy and its increased activities in the Arctic as well as a site for a new NATO radar station.

Greenland already hosts Thule Airbase, and as the US and the Danish Ministry of Defense have a declared interest in the new international airports under construction in Nuuk and Ilulissat and in using Greenlandic harbours as integrated support points for the US Navy, the military aspect of the cooperation is already underway.

In June 2020, the US re-opened a consulate in Nuuk, signaling the need for increased presence in and economic cooperation with Greenland. Greenland holds several REE resources of great interest to the US ambition of breaking the Chinese REE dominance.

The largest resource closest to extraction is the Kuannersuit (Kvanefjeld) project, which is currently in the public consultation phase. The project – backed by Chinese minority shareholder ShengHe Resources – became the centerpiece of the 6 April 2021 Greenlandic election won by uranium mining opponents Inuit Ataqatigiit and Naleraq who have since formed a narrow coalition promising to ban mining of ore with radioactive content. With the Kvanefjeld Project situated close to the city of Narsaq, the new coalition parties argued against the project claiming that the project would pose a local environmental and public health hazard.

While the approval process will run its course, the coalition agreement has already caused French Government-owned Orano to cancel their planned uranium exploration efforts in Greenland, though Orano still plans to retain their five-year licenses for the exploration areas.

If the current US administration wants to reach its objective of curtailing the Russian regime through a rapid global transition to renewable energy, it must ensure that same transition does not strengthen China. To do so, the US would need to acquire access to an REE resource, with Greenland being the obvious choice. Luckily, for the US, the policies of the new coalition have made buying said access cheaper, as the share price for ASX listed Greenland Minerals – the company behind the Kvanefjeld Project – collapsed immediately after the election.

In that case, the US can either wait for a different government coalition to form in Nuuk, or they can try to alleviate Greenlandic coalition fears of the negative environmental impacts of mining Kvanefjeld and other REE resources containing radioactive material. The US could also focus on the one Greenlandic REE project that does not contain radioactive elements of significance at nearby Killavaat Alannguat owned by Tanbreez – another Australian mining company, though for strategic supply of a massive industry, the US would probably want more than one resource stream.

With one masterstroke, the US could achieve multiple objectives.

It would cripple the Russian petrobased regime, while assuming the moral high ground on climate change and human rights.

It would curtail Chinese economic growth from the green transition, compensating for job losses in the US fossil fuel industry with solar panel production.

It would reduce European vulnerability to Chinese influence, while having Europe co-fund the American post-pandemic economic restart.

Moreover, it would tie the Greenlandic economy closer to the American one, and thus marginalise China’s potential influence in Greenland, forestalling a Chinese foothold in the North American Arctic.

Blinken’s visit will be the first test.

Mikkel Schøler is a Fellow at Polar Research and Policy Initiative, and the CEO and Founder of Sikki, a consultancy focused on developing sustainable business models in the Arctic. For a decade, Schøler has worked as a political advisor to the Social Democratic Parties in both Greenland and Denmark, and to the Nordic Council advising on a host of topics covering physical infrastructure, telecommunications infrastructure, resource extraction, labour laws, international relations, climate change, environment, tourism and fisheries. Schøler holds a candidates degree in political science from the University of Southern Denmark, but he spent the majority of his childhood growing up at the then American Airbase in Kangerlussuaq, Greenland as well as in Nuuk, Greenland. Today, Schøler lives in Aarhus, Denmark, according to his principles of sustainability, spending his leisure time working his small hold farm for self-sufficiency. Schøler comments and contributes on stories and articles relating to politics and elections, as well as strategic business development, in the Nordic Countries, including Greenland.