An Update on the Canada-United States Joint Arctic Leaders’ Statement 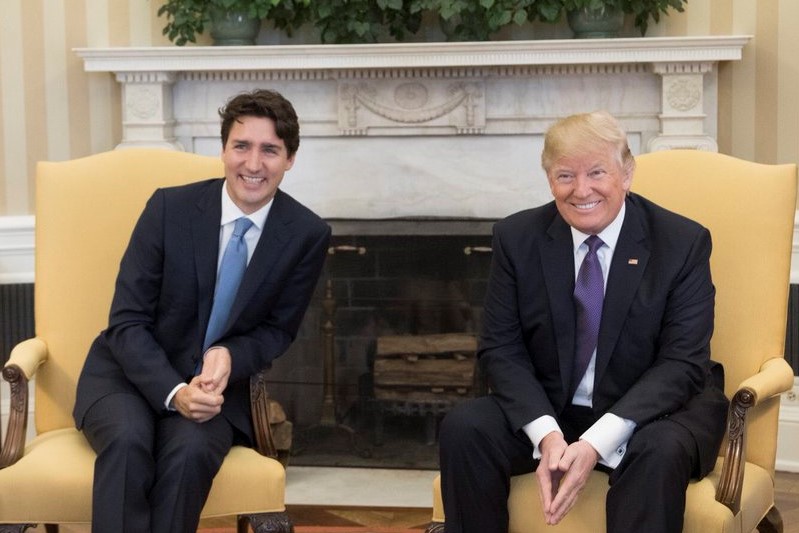 What is the status of the Joint Arctic Leaders’ Statement? In short, it has been given a hasty burial. To review, in March 2016, Canadian Prime Minister Justin Trudeau and United States President Barack Obama announced each of their governments would protect a minimum 10 per cent of North America’s Arctic marine areas by 2020. Then, in December, each announced the ‘United States-Canada Joint Arctic Leaders’ Statement’, a bold plan to ban offshore resource extraction in the North American Arctic, estimated to contain at least 90 billion barrels of oil and even more natural gas spread over millions of square kilometres. It represented some of the most striking government action in Arctic history. Now, in the United States, it is dead. For President Donald Trump, effectively cancelling the statement through executive order is a symbol that environmental protection is not a priority. In Canada, the continued impact of the statement is questionable. What at first appeared to be a landmark policy now seems to change virtually nothing in regional energy production.

One of Donald Trump’s first actions upon taking office was to, in essence, end the Joint Leaders’ Statement. In April, President Trump issued Executive Order 30, titled “Implementing an America-First Offshore Energy Strategy.” Section 3 of the order calls for the reopening of the Arctic to offshore oil development, including leases and sales. It also instructs the Secretary of Commerce to streamline the process to find new oil and gas resources. The Secretary of Commerce, in Section 4 of the order, cannot create protected areas until the Department of Interior has assessed it for resource potential. The order revokes existing protected areas and calls for simplifying of the approval process for energy production leases.

Action to dismantle the Joint Arctic Leaders’ Statement is ongoing. The reviews called for in the executive order are underway, and the Bureau of Ocean Energy Management has begun preparing a new programme for granting resource leases, to begin in 2019 (detailed here).

This action is part of Donald Trump’s hostility to the environment. It is a signal that Trump’s people believe environmental protection and economic growth are not compatible. By my count, weakening environmental conservation has been the biggest target of executive orders and bills signed by Trump so far.

Do not expect oil and gas production to resume in the Arctic soon. There was no offshore oil or gas production in the United States’ Arctic territory when Obama and Trudeau announced the Joint Arctic Leaders’ Statement. Republicans in the United States might blame onerous regulations for the lack of development, which Executive Order 30 targets. It is possible that there will be some oil and gas extraction in the future. The real significance of the order is symbolic. It signals that Trump’s administration favours job creation above all else, certainly including the environment.

In Canada, meanwhile, the order remains in effect, but resource extraction offshore is still possible. The Joint Arctic Leaders’ Statement says, “Canada is designating all Arctic Canadian waters as indefinitely off limits to future offshore Arctic oil and gas licensing, to be reviewed every five years through a climate and marine science-based life-cycle assessment.” The key word is “future”. In February, Nunatsiaq News reported that the statement does not affect current exploration projects in the Arctic. There are nearly 100 leases, permits and licenses currently in effect for Arctic Canada that gives companies the right to look for oil and gas, some of which date back to 1968 and will never expire. The Nunavut Impact Review Board initiated a consultation on 10 February 2017 on whether to develop Baffin Bay and the Davis Strait.

Furthermore, the Canadian government is actively seeking to make offshore oil production easier. The Globe and Mail reported on 6 September 2017 that Canada’s Federal government is one-year into the process of lessening regulations on offshore oil and gas. The article says that a draft of the new regulations obtained by environmental groups apparently indicates that it will be up to industry to determine what safety precautions are reasonable for a given project. The program is called the Frontier and Offshore Regulatory Renewal Initiative, which its website says is to “modernise the regulatory framework governing oil and gas activities in Canada’s frontier and offshore oil and gas areas.” Details will not be apparent until the spring.

Conceivably, governments could refuse projects that appear unsafe; however, there is no single standard for what constitutes “safe”. An environmentally conscious government might refuse a project that a more economically aggressive government would approve.

Overall, offshore oil production in the Canadian Arctic does not seem extremely likely in the near future, at least not on a large scale. In June, Shell Oil gave up exploration permits in Lancaster Sound to create a marine conservatory of some 8,600 square kilometres. In July, the Supreme Court of Canada halted seismic testing that could have found oil in Lancaster Sound near Clyde River due to inadequate consultation by the National Energy Board.

Consultation is again a problem. A major criticism of the Joint Arctic Leaders’ Statement is that Northern governments were not consulted. Nunatsiaq News reports that the Canadian government has not included Nunavut Tunngavik Inc., or most major Inuit organisations, in the consultation process for the Frontier and Offshore Regulatory Renewal Initiative either. It is surprising that a Liberal government in Canada, that on numerous occasions have stated the importance of consulting with Indigenous peoples, has twice failed to consult with Indigenous groups about Arctic offshore oil development.

As I wrote earlier, the Joint Arctic Leaders’ Statement is a key symbol that the future of the Arctic does not lie in oil production, but rather thriving communities. That fact remains unchanged; it is not as if the Joint Arctic Leaders’ Statement called exploration ships back to port or left productive oil platforms dormant. Companies simply could not make Arctic oil work economically. Some leases in Canada are 50 years old and have yet to result in oil production. It is not an ideological issue either. Offshore Arctic production under the Bush Administration was minimal. Under the Canadian Conservative Harper government, it was non-existent.

It is possible that conditions will change. In August, a Russian natural gas tanker traversed the Arctic lacking an icebreaker assist for the first time, leading the New York Times to pen an editorial entitled “Rush to Exploit the Arctic.” Climate change is opening the Arctic, so oil production could become feasible as supplies fall and prices rise.

The key significance of this episode is symbolism. The offshore North American Arctic is not a major oil-producing region, so the Joint Arctic Leaders’ Statement served as a symbol that it was important to prioritise environmental protection in future policy. Canada’s government does not seem particularly committed to this idea. The Joint Arctic Leaders’ Statement is weak enough that widespread oil production in the Canadian Arctic is very much a possibility if an economically feasible supply is found. The latest makes it appear that the Canadian government is actively preparing for that possibility. For the United States, the new action by the Trump Administration is a symbol that environmental protection will not sacrifice short-term economic growth.