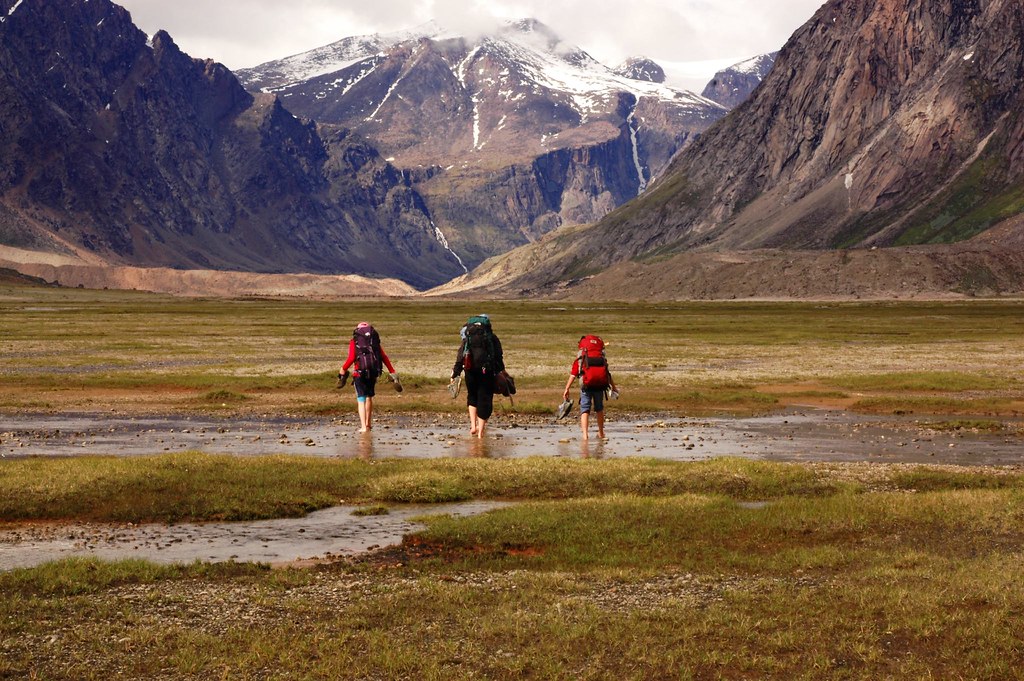 The Canadian government has released Canada’s Arctic and Northern Policy, promised four years ago, and delivered after three years of work as well as consultations with northerners. It was dropped on September 10, the day before Justin Trudeau’s Liberal government triggered a new election (to take place October 21). The policy came with surprisingly little fanfare – no big announcement, no flashy press conference, no major photo ops.

What can we make of the document? There is a lot to parse through and much to review. Here are three initial takeaways from the new policy.

The new policy is very much preliminary, and Trudeau government officials have said as much. Canadian Arctic experts have criticised it for being light on details or binding commitments, as well as lacking an “overarching vision.” Certainly, it was reasonable to expect a more substantial policy based on the amount of work that has gone into it.

Yet, we have reason to be optimistic. An implementation plan is coming. If implementation happens (that is, Trudeau’s government wins re-election), the policy is another step in an unfolding process to build a stronger Canadian Northern region driven by its residents. In any case, action, relationship building and new programs will be an ongoing part of Canada’s Arctic discourse.

The new policy lacks details in many areas and does not reveal new spending or programs; yet, the same was largely true of Canada’s previous 2009 Arctic policy released under the Stephen Harper government, Canada’s Northern Strategy: Our North, Our Heritage, Our Future. First and foremost, the new policy lays out government priorities and goals.

Why did the document arrive with such little pomp? One possibility is the timing of Canada’s election. If the government had put nothing forward before the Fall 2019 election, it would represent another promise broken by the ruling Liberals. If the policy had arrived with a splash, it likely would be taken as an election ploy, which clearly the Liberals do not particularly desire.

A critique of the 2009 policy was its under-emphasis of the impact of climate change on people in the Arctic region. The link between people and the environment is clear in the new policy: “the framework will help address the massive implications of climate change for individuals, communities, businesses and governments alike, and ensure a more sustainable future for northerners.”

Yet, the two policies have a lot in common. Both note the Arctic Council as a key actor in the region; both paint a picture of an emerging Arctic economy; both acknowledge governance deficiencies; both state the important role that northerners must play in solving Arctic challenges.

One big difference between the old policy and the new policy is the amount of collaboration that is evident. The new policy comes after 16 rounds of consultations across Canada and ongoing ways to contribute. The Trudeau government invited sub-national actors to contribute their own Arctic visions, which have resulted in documents from the government of Nunavut and Northwest Territories, as well as a co-written chapter from the three territorial governments and a chapter from Canada’s major Inuit organisation, Inuit Tapiriit Kanatami. More chapters from sub-national actors are forthcoming.

3) Conflict is not a major theme of the new policy

The Harper government policy emphasised the importance of protecting and asserting Canada’s Arctic sovereignty. The Trudeau government policy mentions Arctic sovereignty, but much less prominently than in the previous policy. It asserts the importance of the “rules based international order in the Arctic” and calls on renewed leadership from Canada as well as “the representation and participation of Arctic and northern Canadians in relevant international forums and negotiations.” It calls for enhancing Canada’s military capabilities in the Arctic, but only after discussing the security threats that climate change creates for Northerners.

A criticism of Arctic discourse is the frequent mention of Arctic conflict. The Trudeau policy clearly downplays this narrative. It, for example, calls for dialogue with Russia in the region, despite its worsening relationship with the West: “We will take steps to restart a regular bilateral dialogue on Arctic issues with Russia in key areas related to Indigenous issues, scientific cooperation, environmental protection, shipping and search and rescue.”

More analysis of Canada’s Arctic and Northern Policy is surely forthcoming from many corners of the policy world. If Justin Trudeau and his Liberal Party fail to win re-election, this new policy will likely become a footnote in Arctic politics. If the new policy translates into action, it represents an important step in building the resilience of Canada’s Arctic region.

Dr Andrew Chater is a Canada Fellow at Polar Research and Policy Initiative. He is also the 2019 Fulbright Visiting Research Chair in Arctic Studies at the University of Washington in Seattle and an assistant professor (limited term) in political science at Brescia University College in London, Ontario. Recent publications have appeared in such journals as The Canadian Journal of Communication and The Northern Review. He completed his doctorate at the University of Western Ontario and was previously a graduate resident at the Rotman Institute of Philosophy. His dissertation, Explaining the Evolution of the Arctic Council, examines reasons for contemporary changes in the role of the Arctic Council. In 2013, he was part of the Arctic Athabaskan Council’s delegation at Arctic Council meetings in Whitehorse, Yukon. He holds a Master’s degree from the University of Waterloo. His research interests include Arctic governance, geopolitics and security, as well as Canadian foreign policy. Outside of academic life, Andrew plays music and has taught guitar in Iqaluit, Nunavut, as part of Iqaluit Music Camp.