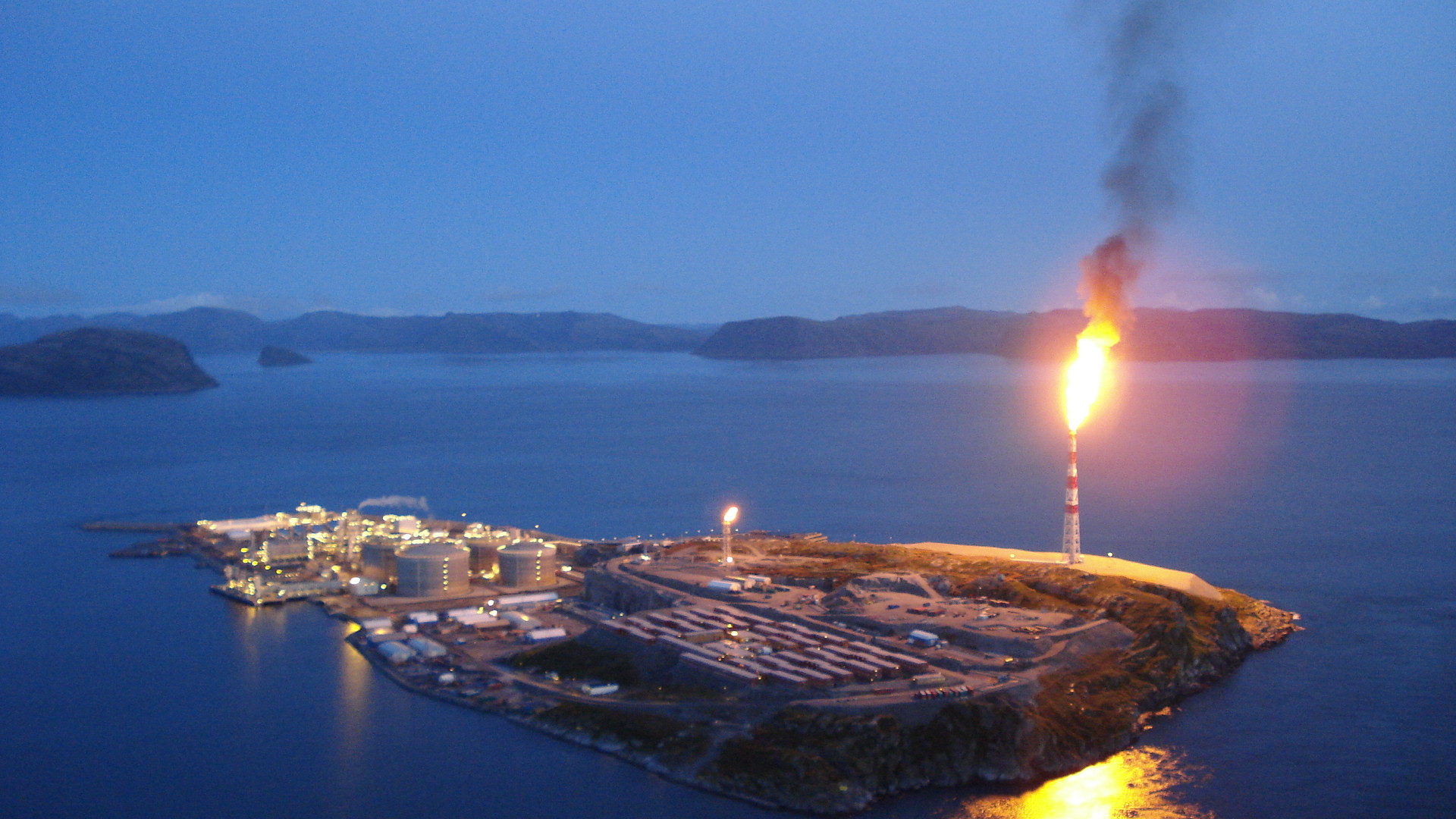 It is not a secret that the global demand for natural gas, converted into a liquid by cooling, has been increasing, fuelled by Asian economies. 2019 was a fifth record-breaking year in a row for the global LNG trade. The real niche of the LNG trade is a non-long-term market which supports LNG supply and demand elasticity: a gas carrier is easier and cheaper to redirect than a gas pipeline. But what has been making headlines recently is the geographical diversification of LNG production now extending far above the Arctic Circle. One of the new entrants to the LNG export field that added the most LNG capacity in 2018 was Russia (Yamal LNG trains 1 and 2 with 11 MPTA); it was the second largest supplier of LNG to the European market in 2019 and is projected to rival Qatar and Australia on both European and Asian markets in mid-2020s. Even in the early months of 2020, amid the COVID-19 crisis, LNG production and shipping has remained resilient regardless of the falling oil prices and historic oil production cuts.[1]

While there are some acclaimed environmental benefits to LNG, such as lower greenhouse gas emissions compared to pipeline-transported natural gas, coal, diesel or fuel oil (see e.g. Dhameliya and Agrawal, 2016), the transition fuel narrative is no longer holding water, as studies appear (e.g. Global Energy Monitor report) that point at relatively high lifecycle emissions of LNG and growing competitive advantage of renewable resources that can turn LNG facilities into stranded assets.[2] At the same time, the Public Republic of China’s policy to improve air quality by switching from coal to gas, the so-called “Blue Skies”, keeps driving the demand for LNG in the country. India has also set to increase gas imports 2.5 times by 2030 to facilitate the shift from the more polluting oil.[3] Japan became the largest LNG importer after the Fukushima disaster. South Korea, too, experienced a pro-environmental policy shift favouring LNG back in 2017 (Paik, 2018). Moreover, European LNG imports reached record high in 2019[4] as the EU strives towards its 2050 carbon-reduction targets: Kadri Simson, a new European Commissioner for Energy, vouched for LNG as being compatible with Paris agreement and conducive to energy security.[5]

Yet, to date, there has been no analysis of direct and indirect impacts of the LNG boom onto the Arctic region. And while regional ecological risks do not seem insignificant, the wider implications may have a cumulative effect and a broad geographical reach. As there is no international Arctic governance framework, such as environmental impact assessment, insurance of ecological risks, etc., such effects are likely to vary from place to place and largely depend on national governance and enforcement mechanisms.

The first LNG production facility above the Arctic Circle was put in operation in Finnmark, Norway, in 2007. Statoil’s Hammerfest LNG in Melkøya, with production capacity of 4.3mtpa, was the result of a strong alliance between Statoil and the state. While it had attracted environmental activists’ attention during the planning and construction, with the main criticism being increased GHG emissions, comments from environmental NGOs subsided since operations began, partly as a result of Statoil implementing CO2 capture and storage solutions, and partly due to poor grounding of the environmental NGOs in the community. Regardless, media and Equinor reported technological incidents and safety breaches, including gas leaks in 2014, 2015 and 2018.[6]

The proposed Alaska LNG, the $13bn Nikiski liquefaction plant comprising of three 6.70mtpa LNG trains, which may start operation in 2023-2025, complete with feedstock pipeline, two storage tanks and port facilities, is currently in the approval stage. Alaska Gasline Development Corporation (AGDC) expects a final approval from the US Federal Energy Regulatory Commission (FERC) in June 2020. The preliminary assessment states that the project will have significant adverse effects on six species, including polar bear and beluga whale, and their habitat; it will also negatively affect permafrost, wetlands, forest and caribou.[7] The report also mentions the cumulative negative impact of similar projects in the area on the terrestrial and coastal ecosystems.

The second built Arctic LNG plant, Yamal LNG, financed by Novatek, Total and China’s CNPC and Silk Road Fund, attracted criticism from WWF Russia for failing to include climate change scenarios and impacts of estuary dredging and construction of port infrastructure into the impact assessment. For example, the latter has been associated with rapidly depleting fish stocks in the Obe estuary.[8] Another outcome of the LNG boom is the potential remapping of the Arctic protected areas – for example, federal Gydan reserve has lost its status and was converted into a national park in December 2019, which was interpreted by experts as making way for the development of the northernmost licence area to secure long-term LNG production on the Gydan peninsula.[9] The claim is not without precedent: South Baydaratskiy plot, which is located within Yamalskiy wildlife sanctuary, was released for geological exploration by  Russia’s Minister of Natural Resources and Ecology at the end of 2018.[10] Similarly, natural gas to Alaska LNG will be delivered via 800 miles of pipeline from North Slope to Cook Inlet, part of which will cross the Denali National Park; this was only made possible by the 2013 Denali National Park Improvement Act.

All these projects have benefited from involvement and support of state leaders, including US President Donald Trump overseeing the deal between Alaska Gasline Development Corporation and Chinese investors in 2017, and Statoil receiving tax relief for Hammerfest LNG in Norway. No large-scale hydrocarbon project in Russia takes place in a political vacuum. Personal involvement and participation at launches have demonstrated the personal support of the Russian President Vladimir Putin towards accelerating Russia’s LNG production. Construction of Sabetta port infrastructure was heavily subsidised by the state; Novatek also received tax concessions and zero duty on LNG export. In 2021-2024, the state will finance almost 70% of the LNG terminal Utrenny on Gydan peninsula,where the 19.8 mtpa Arctic LNG-2 project (three trains to be launched in 2023, 2024, and 2026) and the 19.8 mtpa Arctic LNG-1 (to be launched post 2025) will be built.[11]

The capacity of Arctic gas liquefaction is projected to pick up pace in the mid-2020s, given Alaska LNG and Arktik LNG 1 and 2 are complete. But the scope of the industry will have a ripple effect before the peak capacity is reached. What LNG means for the Arctic is intensification of traffic along the Northern Sea Route[12] and in the Cook Inlet, home to an endangered population of beluga whales;[13] construction of supporting infrastructure (Novatek and Total are building transshipment terminals along the NSR in Murmansk and Kamchatka; Russian Ministry of Emergency is planning on introducing a new coordination and rescue centre in Sabetta in 2020, etc.), which is a positive albeit delayed measure; boost to development of expensive new hydrocarbon fields; testing of new liquefaction technology in Russia (e.g. Novatek’s Arctic cascade); influx of population to remote and indigenous areas and related community impacts, to name a few. Particularly in Russia, LNG projects will sustain the state corporation Rosatomflot and the NSR navigation, as well as foster the growing ‘import substitution’ sector. Environmental impacts will range from that on marine wildlife (noise, light, vibration, dredging, etc.) to permafrost (alien soils, road and transport-related damage), to terrestrial animals and birds (e.g. disturbance of nesting aquatic birds, human-polar bear conflicts, animal harassment, etc.), signs of which are already evident in the Russian Arctic.[14] As shipping routes become busier, the number of invasive species in the Arctic seas is also predicted to increase in the next decades, especially as conditions get milder.[15]

The total capacity of liquefied natural gas produced in the Arctic is forecast to stand close to that of the current LNG leaders, Qatar and Australia, by the mid-2020s, with the Russian Arctic supplying around 70%. With anthropogenic climate change and environmental degradation being felt the strongest in some of the world’s remotest and most pristine northern territories, the global market drive for flexible gas supply spurred on by climate transition agendas in both Europe and Asia puts a spotlight on the environmental cost discrepancies and spatial inequality between the consumption and production regions.

While the global prices for hydrocarbon resources are plunging amidst the COVID-19 pandemic, the repercussions of the new double-edged economic crisis are not yet clear for the planned and ongoing LNG projects and the industry as a whole. As China’s long-term demand is not predicted to fall, and the USA resumes its LNG shipments to China in March,[16] it is unlikely that we will see a complete restructuring of the energy sector. It should also be noted that LNG development has not been entirely market-driven especially in places like Russia, where major LNG plants were conceived during a negative trend in the LNG prices and where the construction of the newest Arktik LNG-2 is progressing as scheduled. In the US, too, Alaska LNG has been issued with an affirmative environmental impact statement in March this year, moving it a step closer to approval.

The global coronavirus pandemic has become for many a time for reflection on the previously unfathomable possibilities of reducing our anthropogenic footprint.[17] But one would hope that it should not take a pandemic to turn our attention to the state of natural environment as we are once again reminded of the increasingly connected world and insignificance of regional borders.

[2] Life cycle GHG perspective on exporting LNG from the U.S. 2019 update (https://www.energy.gov/sites/prod/files/2019/09/f66/2019%20NETL%20LCA-GHG%20Report.pdf) points at the relative comparability of GHG emissions in three scenarios where LNG was sourced from the USA, regional supplier and the natural gas delivered regionally by pipeline.

[14] There are many Youtube videos from Sabetta and Kharasavey in Yamal showing workers feeding polar bears and arctic foxes and harassing walrus.