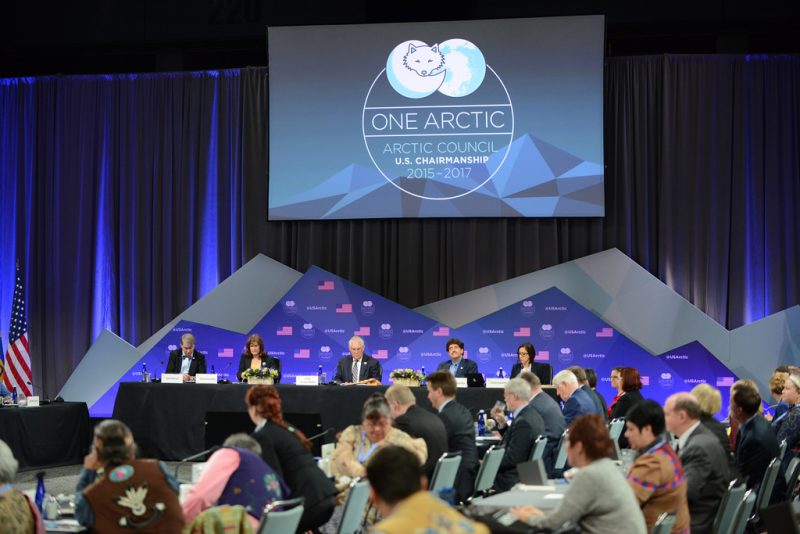 There has been much written about the motivation of observers to join the Arctic Council, including articles on this website (here and here). One has to question the role of these actors as there are only a few opportunities for them to participate in the institution. At present, there are 13 accredited observer states, 13 intergovernmental organisations and 13 non-governmental organisations in the Arctic Council. These actors can attend all Council meetings alongside member states and permanent participants.

Consider the meeting documents available on the Council’s website from the United States’ turn as chair (2015-2017). Minutes from Council meetings do not record any comments from observers during general plenary discussions. These observers, according to the minutes, are not providing suggestions about Council projects, contributing scientific research in meetings or engaging actively in the work of the institution. They come to meetings to watch status reports about Council projects and occasionally witness negotiations.

Further, look at the Council’s list of ongoing projects. The only observer that leads any Council project is Nordic Environment Finance Corporation (NEFCO), which is really an extension of the Nordic member states. Observers are not contributing to Council projects in a leadership capacity.

Observers get to participate in special meetings with member states behind closed doors and have access to Arctic policy-makers outside of the formal events at Council meetings. Whether tangible outcomes emerge from these meetings is unclear.

It is not entirely clear why observers do not contribute to the Council more than they do. Perhaps observer states and organisations are not stepping up; perhaps the Council itself does not allow the opportunities to contribute. Probably, it is both. The Council’s official “role of observers” criteria say that observers should “make contributions” and “propose projects.” It states that observers should, “at the discretion of the Chair, make statements.” Clearly, such discretion is not being exercised. There is tension in the Council as to whether it is a club for Arctic states and indigenous peoples’ organisations to discuss issues of mutual importance, or a forum for the entire world to make a mark in the region. There are logistical problems, as well. There has long been concern that too many observers making comments and designing projects could squeeze out the contributions of permanent participants. Allowing every organisation or state to comment on every Council matter would grind the pace of meetings to a crawl. For some observers, having accredited status in the Council is more a badge of honour, or a symbol that they have some interest in the region. In any case, non-Arctic states and organisations are spending large amounts of money to send representatives to far-flung northern locales to gain intangibles.