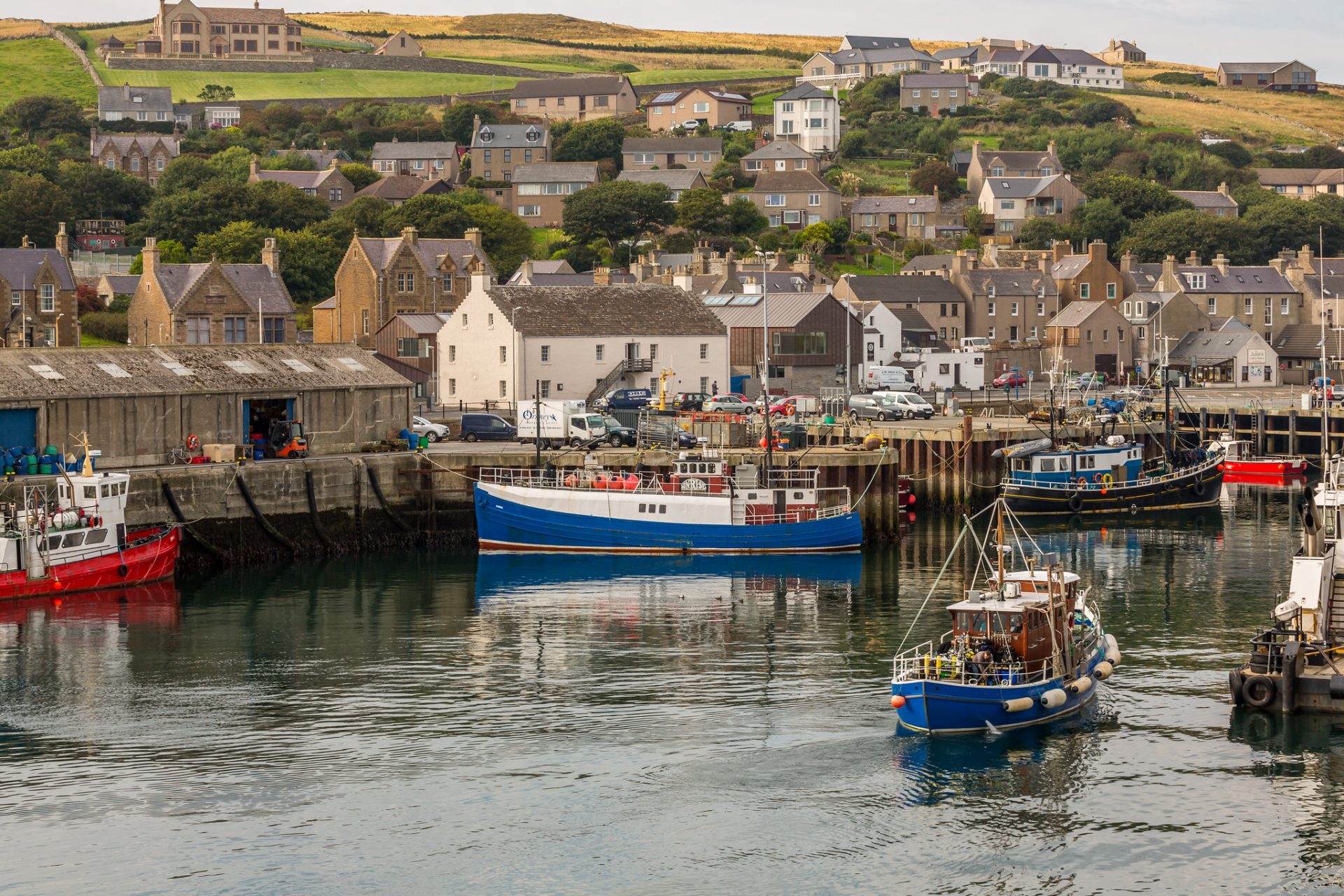 The histories of Scotland and Canada have long been intertwined and both have mutually impacted the development of their cultures and economies. Scotland has much to be gained from being recognised as a near-Arctic state, and strengthening its ties with Canada will help solidify this classification, as well as to continue to bolster its economy. Scotland’s new Arctic policy, Arctic Connections: Scotland’s Arctic Policy Framework, effectively highlights mutual interests with Canada in the region.

A major goal in this new Arctic policy is to make the argument that Scotland is a legitimate actor in the Arctic. It does this by asserting the importance of Scottish heritage in the Arctic countries: “Substantial west-bound Scottish emigration has created lasting connections with Canada and the United States” (page 4).

Historically, Scotland and Scottish settlers played an important role in the establishment of the modern state of Canada, though the first Scottish settlers have been thought to land in what is now Canada as early as 1010 AD. However, the first significant settlement occurred in 1773 with the arrival of 200 settlers on the ship Hector. Several key political figures in Canada’s early years were Scottish, including Canada’s first Prime Minister, Sir John A Macdonald, and “Fathers of the Confederation” Alexander Tilloch Galt and George Brown. Since the 18th century, the movement of Scottish people westward has increased, and today almost five million Canadians claim ancestral links with Scotland. Today, individuals reporting Scottish ethnic origin are the second largest group in Nunavut, behind the Inuit. Emigration of Scottish people has helped to foster cross-cultural exchange and solidify the relationship between Canada and Scotland.

Scotland was active in the Canadian fur trade, as the two dominant companies, Hudson Bay Company (1670-present) and North West Company (1783-1821) were dominated by Scots. For example, by 1799, 416 of 530 men employed by the Hudson Bay Company in North America were from Orkney. By 1804, 40 of 46 of the Northwest Company’s partners were Scottish. From 1821 until 1870, 171 of the Hudson Bay Company’s 263 commissioned officers were Scottish. A short walk through the streets of Stromness in Orkney reveal several blue plaques commemorating this westward migration.

Another claim to legitimacy lies in the new policy’s emphasis on cultural similarity between Scotland and the Arctic region: “Scotland and the Arctic region are also famous for more traditional forms of art and craftsmanship, from textiles to sculpture.” It also says, “We can learn from how Arctic communities have embraced their vast potential and work together on market development and peer-to-peer support” (page 13).

The influence of Scottish and Irish musical styles on East Coast Canadian traditional music is clear; that influence is also felt in Arctic Canada, where contemporary Inuit music has adapted Scottish forms with instruments such as fiddle and button accordion. The 1800s saw trade between Scotland and Arctic Canada, which included the introduction of new musical forms. Today, every Canadian territory has multiple fiddle clubs, playing many Scottish tunes. The art of storytelling is a time-honoured tradition in Scotland, and it is celebrated annually at the Scottish International Storytelling Festival. In October 2019, the festival will have a special emphasis on creative work by Canadian and Scottish artists. The exhibit “Canada—Scotland: Coast to Coast” will feature an exhibit on Indigenous languages and art.

The consistent emigration of Scots to Canada has had a great influence on Canadian culture that continues today. Canada abounds with cultural programs to promote Scottish heritage, and there are several schools and university programs dedicated to studying Scottish culture and history. The Gaelic College, founded in 1938 allows students to take courses in the Gaelic language, Gaelic and Highland Dancing, fiddling and bagpiping. It is located at the site of the earliest Scottish settlement in Nova Scotia (originally established in 1620 by King James VI & I), and is internationally recognised for its efforts to maintain and conserve Gaelic language and culture. Likewise, Scotland’s largest folk music festival, Celtic Connections, feature Transatlantic Sessions with Canadian and American connections, and Canada’s numerous piping bands regularly compete in the World Pipe Band Championships, held since 1947.

In the field of education, the exchange goes both ways with over 1,000 Canadian students studying at higher education institutions in Scotland. It is also worth noting that Canadian students were awarded 223 Saltire Scholarships between 2011 and 2016.

Scotland’s new Arctic policy argues that Scotland can contribute to solving issues that are common in rural Scottish communities and Canadian Arctic communities, such as tourism: “In 2018, a fleet of 825 cruise ships brought almost 800,000 passengers to Scotland. Small communities can sometimes struggle to bear the impact of these numbers and we are keen to engage with Arctic destinations in this global market to exchange learning and develop best practices” (page 15).

The potential that Canada and Scotland could deepen their economic connection is evident in the new policy: “Arctic countries are major trade partners for Scotland, accounting for around 27.5% of our total exports and five of our top 20 export destinations” (page 29). It also says that Scotland’s government plans to “promote Scotland’s credentials as a key near-Arctic marine transport and logistics partner, scoping opportunities to build a world-class hub” (page 33).

One positive note of collaboration is the fact that the new Scottish policy is similar to the Government of Canada’s new Arctic strategy (both released in September 2019). Scotland’s policy highlights the importance of environmental protection, connectivity, economic growth and sustainability, which the Government of Canada emphasises in its new strategy. The new Canadian policy emphasises “Strong, sustainable, diversified and inclusive local and regional economies” as well as “Canadian Arctic and northern ecosystems are healthy and resilient”, which are clear themes of Scotland’s new policy.

One might argue that one challenge to greater Canada-Scotland cooperation at the formal level could arise from the Scottish independence movement. Canada’s Quebec province has a long-simmering independence movement, and it is unclear to what extent the Government of Canada will want to collaborate with a sub-state actor seeking independence. Having said that, the Government of Quebec has long had a Quebec Government Office in London, headed by an Agent-General, that has successfully strengthened academic, cultural, economic and government links between Quebec and the UK.

As the northernmost part of the United Kingdom, with a rich Nordic history, Scotland has the potential to develop “stronger links with the Arctic countries [that] could bring opportunities in tourism, shipbuilding, fishing and technology.” By engaging more deeply with Canada and other Arctic states, Scotland can benefit from their knowledge of and experiences with problems facing the Arctic, as well as further ingrain its position as a near-Arctic nation.

Mariel Kieval is a Fellow at Polar Research and Policy Initiative, with a focus on Geopolitics and Security. Mariel holds BAs in International Relations and Environmental Studies from Tufts University in Boston. She initially developed her background in international environmental policy from her prior role at the Armenian office of the Organization for Security and Co-operation in Europe (OSCE). Most recently, she also worked on developing projects aimed at achieving the UN Sustainable Development Goals with Women Engage for a Common Future, based in Munich, Germany.

Dr Andrew Chater is a Canada Fellow at Polar Research and Policy Initiative. He is an assistant professor in political science at Brescia University College in London, Ontario, and was until recently the 2019 Fulbright Visiting Research Chair in Arctic Studies at the University of Washington in Seattle. Recent publications have appeared in such journals as The Canadian Journal of Communication and The Northern Review. He completed his doctorate at the University of Western Ontario and was previously a graduate resident at the Rotman Institute of Philosophy. His dissertation, Explaining the Evolution of the Arctic Council, examines reasons for contemporary changes in the role of the Arctic Council. In 2013, he was part of the Arctic Athabaskan Council’s delegation at Arctic Council meetings in Whitehorse, Yukon. He holds a Master’s degree from the University of Waterloo.

Catholic Bishops in England, Wales, Scotland and Ireland call for end to violence in Ukraine