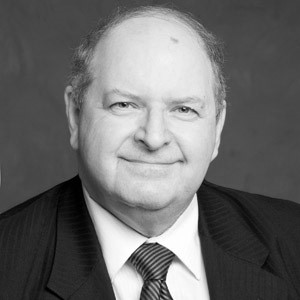 Thomas S. Axworthy has had a distinguished career in government, academia, and philanthropy. He served as the Principal Secretary to Prime Minister Pierre Trudeau, and he was a key strategist on repatriation of the Constitution and the Charter of Rights and Freedoms.

In 1984, Dr. Axworthy went to Harvard University, teaching at the Institute of Politics at the John F. Kennedy School of Government. In 2003, he left Harvard and was appointed Chair of the Centre for the Study of Democracy, School of Policy Studies, Queen’s University. He is currently a distinguished senior fellow at the Munk School of Global Affairs and a senior fellow at Massey College, University of Toronto.

His career in philanthropy began in 1986 with his appointment to the CRB Foundation where he initiated the Heritage Minutes and the National Heritage Fairs Programs. He continued that work from 1999 to 2005 at the Historica Foundation of Canada.  To recognize his achievements in heritage education, civics, and citizenship, Dr. Axworthy was invested as an Officer of the Order of Canada in 2002.

In 2009, Dr. Axworthy became president and CEO of The Gordon Foundation. He has also worked extensively with the InterAction Council of Former Heads of State and Government, being appointed Secretary General of the Organization in 2011.

He is the author of numerous books and articles of which the best known is Towards a Just Society, co-authored with Pierre Trudeau. He is a regular contributor to the opinion pages of the Toronto Star, the Globe and Mail, and the National Post. He frequently appears as a commentator on public and national issues.