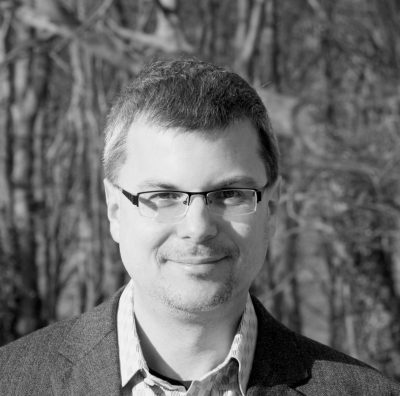 A former Fulbright Research Chair in Canada-US Relations at the School for Advanced International Studies at Johns Hopkins University in Washington, DC (2020) and a former Eisenhower Fellow at the NATO Defence College in Rome (2019), he is a recipient of RMC’s Cowan Prize for Excellence in Research and an elected member of the College of New Scholars of the Royal Society of Canada. An expert in security and defence, political demography, and comparative federalism and multilevel governance, he has held visiting positions in North America, Europe and Australia. He teaches regularly on senior staff officer courses at allied military academies and as part of NATO’s Defence Education Enhancement Program (DEEP) and is regularly called as an expert witness to testify before committees of Parliament and commissions of inquiry. He holds appointments to the Ontario Research Fund Advisory Board, the board of the German Institute for Defence and Strategic Studies, the Police Services Board of the City of Kingston, the Centre sur la gouvernance sécuritaire et de crise (CRITIC) and the Polar Research and Policy Initiative in the UK.

He has published 16 books, including Intelligence as Democratic Statecraft (Oxford University Press 2021), The enhanced Forward Presence in Northeastern Europe, 2017-2020: Lessons Learned (NATO Defence College 2020), and Public Security in Federal Polities (University of Toronto Press 2019). He has published over 100 articles and book chapters that have appeared in English, German, French, and Spanish, including in the Florida State University Law Review (2019), Terrorism and Political Violence (2019, 2018, 2017, 2011), Journal of Borderland Studies (2018), Electoral Studies (2016), Government Information Quarterly (2016), Armed Forces and Society (2015), Global Crime(2015, 2013), the Canadian Foreign Policy Journal (2014, Maureen Molot Prize for Best Article), Canadian Public Administration (2014), the Canadian Journal of Political Science (2012, 2003) and Regional and Federal Studies (2012). His editorials appear regularly across Canada’s national newspapers, and he is a frequent commentator in domestic and international media.

Leuprecht has been Matthew Flinders Fellow at the Flinders University of South Australia (2017-2018), held a senior and visiting fellowships at the Hanse-Wissenschaftskolleg Institute for Advanced Study (2016), the Helmut-Schmidt-University of the Bundeswehr (2016), Université Pierre-Mendès France (2015), the University of Augsburg in Germany (2011), the Swedish National Defence College (recurring) and the European Academy (recurring), and as the Bicentennial Visiting Associate Professor in Canadian Studies at Yale University (2009-2010). He is a research affiliate at the National Consortium for the Study of Terrorism and Responses to Terrorism (since 2005), the Network for Terrorism, Security, and Society (since 2012), l’Université de Montréal’s International Centre for Comparative Criminology (since 2014), the Centre interuniversitaire de recherche sur les relations internationales du Canada et du Québec (since 2015), l’Observatoire sur la radicalization et l’extrémisme violent (since 2015), the Austrian Institute for European and Security Policy (since 2010), the Solomon Asch Center for Study of Ethnopolitical Conflict at the University of Pennsylvania and Bryn Mawr College (2003) and the World Population Program at the International Institute for Advanced Systems Analysis in Vienna, Austria (2002).

He held doctoral (2001-2003) and postdoctoral (2003-2005) fellowships from the Social Sciences and Humanities Research Council of Canada. He holds a Ph.D. from Queen’s University (2003), and graduate degrees in Political Science (1998) and French (1999) from the University of Toronto as well as the Institut d’Études Politiques at the Université Pierre-Mendès France in Grenoble (1997).

From 2015-2018 he held a Governor-in-Council appointment to the governing Council of the Natural Sciences and Engineering Research Council of Canada where he also served on the Executive Committee and as Chair of the Committee on Discovery Research. He is also immediate past-president (2014-2018) of the International Sociological Association’s Research Committee 01: Armed Forces and Conflict Resolution. Since joining RMCC in 2005, he has served as Associate Dean of the Faculty of Arts and Deputy Head of the Department of Political Science and Economics. He has twice received the RMCC Commandant’s Commendation for Excellence in Service. A long-time proponent of experiential learning, Leuprecht has also been a finalist for RMCC’s Teaching Excellence Award and has received honourable mention for the Queen’s University Undergraduate Research Mentorship Award (2017).  He is a member of the editorial boards of Armed Forces & Society, Commonwealth & Comparative Politics, and the Springer book series in Advances in Science and Technologies for Security Applications. Previously, he was associate editor of the Queen’s Policy Studies series published by McGill-Queen’s University Press.