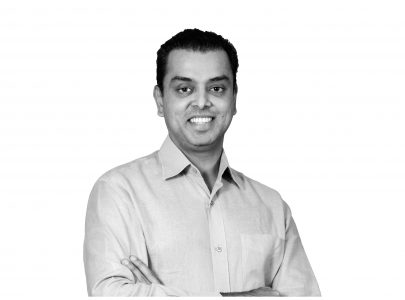 Milind Deora entered the Lok Sabha (the lower house of India’s bicameral Parliament) in 2004 as member of the Indian National Congress. Born in 1976, Milind was one of India’s youngest Members of Parliament.

Prior to entering politics, Milind worked in the private sector in the United States and India, and set up one of India’s first digital public-private partnerships to provide economically underprivileged students free access to Information Technology-enabled education.

During his active 15-year political career, Milind became an important national voice and harbinger for transformational change. He spearheaded several important issues, including the historic Right to Information law and e-Governance. Millions of Milind’s constituents continue to benefit from his social programs in healthcare, sports and digital literacy.

After demitting public office in 2014, Milind joined the boards of Arctic Circle based in Iceland, and his alma mater, Boston University. He continues to stay politically engaged through his association with the Indian National Congress, through televised debates, op-eds in major newspapers and over 1.7 million followers on Twitter.

Milind is an alumnus of The Cathedral & John Connon School, Sydenham College in Mumbai and Boston University in the United States. He holds a Bachelors Degree in Business Administration (BBA) from Boston University.

His love for music, especially of the blues and rock genres is well known and as an accomplished guitarist,he has several performances to his credit.

Milind’s wife Pooja is a successful entrepreneur in the entertainment industry.