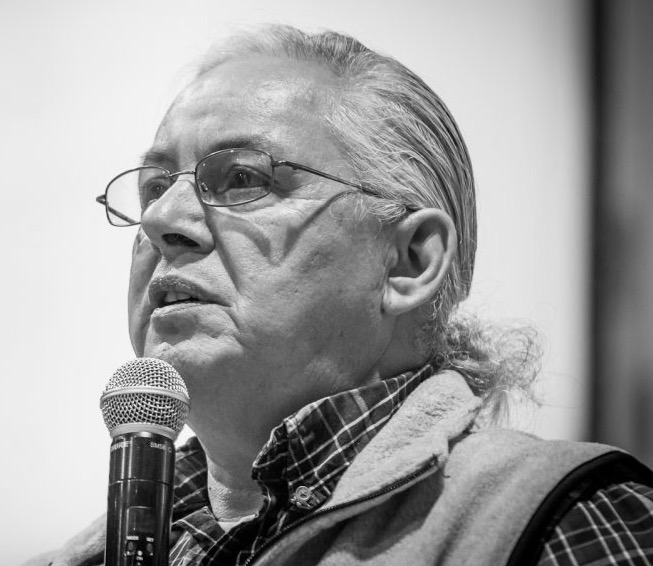 Reggie Joule, an Inupiat man from Kotzebue, Alaska, has lived a lifetime in Alaska’s Arctic. Most recently, Mr Joule served on the President’s State Local and Tribal Leaders Task Force on Climate Preparedness and Resilience and was one of two indigenous people across America appointed by President Obama to this role.

Mr Joule was adopted and raised by his maternal grandparents. He has a variety of of experiences, from sitting on local Alaska Native Corporations boards to the local School Board. He served on a statewide Advisory Board on Alcoholism and Drug Abuse, Fish and Game Advisory Board, and several others. His work experience includes working for an airline, coordinating and starting up a culture camp for youth of the Arctic based on local traditional values. He also worked as a recruiter and counselor for a post-secondary technical vocational school in Kotzebue and served in the Alaska State Legislature for 16 consecutive years. Recently, he also served a three-year term as the Mayor of the Northwest Arctic Borough.

While serving as the Mayor of the Northwest Arctic Borough, Reggie was appointed by President Obama to the State, Local, Tribal Leaders Task Force on Climate Preparedness and Resilience. With this involvement, he was happy to welcome the first official and historic visit of the US President to the Alaskan Arctic to see firsthand the impacts of climate change on villages and advocates for local preparations and involvement.

As a member of the Legislature, Reggie’s District encompassed almost all of the area above the Arctic Circle in Alaska. As the Bush Caucus Chairman in the Alaska Legislature, he was able to initiate the creation of the Northern Waters Task Force which he chaired for two years and set up the formation of the Alaska Arctic Policy Commission and served as a member.

He is married to his wife Linda of 42 years. They have five children and eight grandchildren.