The Lord Balfe of Dulwich 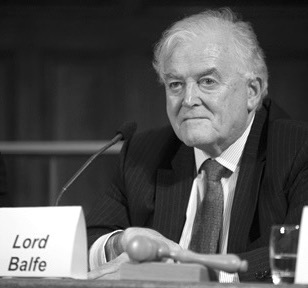 The Lord Balfe of Dulwich is an active member of the House of Lords accepting the Conservative Party whip, prior to this he was one of the UK representatives on the European Economic and Social Committee (EESC). He is Chairman of the European Parliament Members Pension Fund, a fully invested scheme based in Luxembourg with its main office in the European Parliament in Brussels. He is a Member of the Actuarial and technical committee of the CERN pension fund.

He serves as an elected member on the committee of the European Parliament Former Members’ Association. He represents them on the Executive of the Global Democracy Initiative GDI and is currently Vice Chair of that body. In 2004 and 2007 he was an election monitor in the Ukraine.

As a Euro MP from 1979 to 2004 he took a particular interest in Foreign Affairs and in Turkey’s application for EU Membership. He has a detailed knowledge of Turkey and its political life built up over 20 years of membership of the EP-Turkey joint Parliamentary Committee and frequent visits since he left office in the Parliament. In addition he served for ten years as one of the Members of the five strong House Administration Committee (The College of Quaestors) of the European Parliament and as a member of Parliament’s ruling Bureau.

Richard is a trained mediator accredited by the Centre for Effective Dispute Resolution (CEDR).

Richard has a long history of involvement with charities. In January 2013 after five years in office he stood down as Chairman of Anglia Community Leisure, a Trust which runs sports and leisure facilities in West Suffolk. From 2007 to October 2012 he served as Conservative Party Envoy to the Trades Union Movement and he is presently responsible for liaison between the Conservative Party and the TUC. He currently serves as President of Cambridge Conservative Party and finally is a Member of the General Committee of the Reform Club.