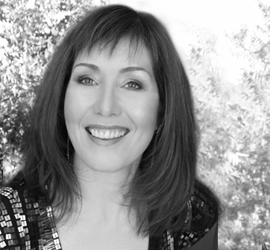 Linda Priebe joined Culhane Meadows as Chair of Government Relations directly from her role as Deputy General Counsel and Agency Ethics Official in the White House Office of Drug Policy and Office of the Counsel to the President. Serving fourteen years in various capacities in White House offices, Ms. Priebe has been a trusted legal advisor to three U.S. presidential administrations. While at White House Drug Policy, Ms. Priebe was counsel in over a dozen cases before the U.S. Supreme Court, ethics counsel in ten Senate confirmations of Presidential Appointees and digital and social media counsel.

Prior to White House Drug Policy, Linda served as Acting Legal Director at the Bazelon Center for Mental Health Law in Washington DC; Assistant Utah Attorney General for Indian Affairs; Member of the Utah State Solid and Hazardous Waste Control Board; and attorney in private practice representing Indian Tribes in environmental and natural resources litigation. She is also certified in European Data Privacy Law and serves on the Board and Executive Committee of the Norwegian American Chamber of Commerce in Washington, DC.

The Arctic: US and Norway’s Shared Opportunities and Challenges, Sons of Norway, Washington DC, Fall 2016

Personally, Linda was raised in a Norwegian-­speaking home in Seattle and was fortunate to attend seventh grade in Anchorage, Alaska. The beauty of Alaska’s remote lands and her fascination with native peoples in combination with her Norwegian heritage has been the driving inspiration for her Arctic work.