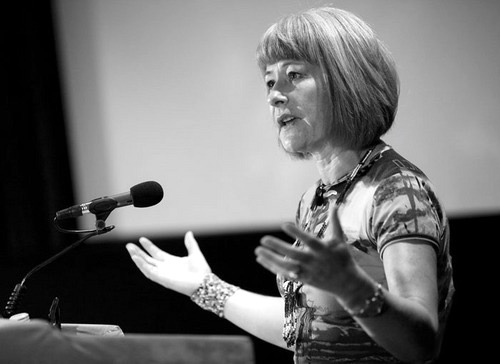 Dale is a highly experienced senior producer who has worked in a wide range of factual genres. She has executive or series-produced numerous international co-productions for UK, US and international broadcasters. As SP she produced the double BAFTA and Emmy award-winning, landmark series “Human Planet” (BBC1/Discovery/BBC Worldwide). In 2011 she won the Royal Geographical Society Cherry Kearton Medal for Natural History Cinematography.

Dale is much in demand as an after-dinner, corporate and motivational speaker where she is able to draw on an extraordinary career spent in Earth’s wild places to talk about human endeavor and endurance and the planet’s inspirational wonders. Her travel writing sees her making regular contributions to The Daily Telegraph newspaper and National Geographic Traveller as well as many other publications. She is co-author of the Human Planet book.

Journalism-trained, Dale spent 22 years working for BBC TV across a range of departments including: science, natural history, documentaries, popular factual, and current affairs. Dale has worked in formats, structured docs, obs docs, magazines, drama recon and live events working with a range of budgets. She’s worked with many on-screen presenters including new talent. Dale is used to managing complex multi-camera productions with large teams and has been responsible for creating many new series from specialist factual blue-chip documentaries to popular factual and factual entertainment shows. She has filmed in more than 60 countries and in all environments including jungles, deserts, Arctic/Antarctica, mountains, oceans and hostile environments.

Dale is Managing Director of One Tribe TV.