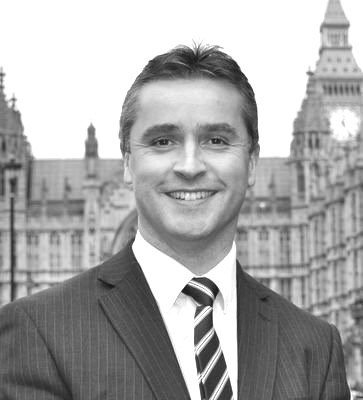 Angus Brendan MacNeil is the Scottish National Party (SNP) Member of Parliament for the constituency of Na h-Eileanan an Iar (UK) and the Chairman of the Energy and Climate Change Select Committee in the UK Parliament.

Angus MacNeil MP is a native Gaelic speaker from Barra. He was in school in Barra and the Nicholson Institute in Stornoway. He studied Civil Engineering at Strathclyde University and then worked as a reporter at the BBC in Inverness for two years before becoming a Primary Teacher. He worked for two years in Salen in Mull where he started the Gaelic Unit before moving to Fort William. In the 2001 general election, Angus MacNeil was the SNP candidate for Inverness East Nairn and Lochaber. In 2009, he returned to Barra to teach and worked in Eoligarry School at the northern end of the island until his election. Angus was elected as MP for Na h-Eileanan an lar (Western Isles) in May 2005.

Within Parliament, Angus has also been involved with various All-Party Parliamentary Groups (APPGs) of relevance to PRPI. He serves as Chair of the APPG for Faroe Islands; as Vice-Chair of the APPGs for Finland, Sweden, China, Taiwan, Switzerland, the Bahamas, Mauritius and Pacific Islands; as Treasurer of the APPGs for Denmark and Liechtenstein; and as Secretary of the APPG on Iceland, Norway and Animal Welfare. Angus also received awards from the Spectator Magazine and the Political Studies Society for setting the political agenda in Britain during 2006. He is a member of the editorial board for political monthly Total Politics.