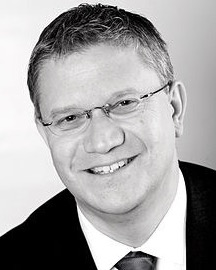 Andrew Rosindell MP is the Conservative Member of Parliament for the constituency of Romford (UK).

Andrew’s interest in politics started at a very young age. He joined the Conservative Party at the age of 14. By the age of 16, he was elected Chairman of the Romford Young Conservatives. In 1990, he became a councillor in the Chase Cross Ward, in the London Borough of Havering; and by 1998, he achieved the highest Conservative vote share in London – 88 percent. In 2001, Andrew was elected to the House of Commons as the Member of Parliament for Romford and recorded the highest swing to the Conservatives. It was the first seat to return to the Conservatives after the Labour landslide and Mr. Blair’s election of 1997. At the 2005 election, Andrew almost doubled his majority to over 11,500; and in 2010, Andrew was returned for a third term with a majority of 16,954 and a 56 percent share of the votes cast.

Over his Parliamentary career, Andrew has also served as Vice-Chairman of the Conservative Party from 2004 to 2005, Opposition Whip (Commons) from 2005 to 2007 and Shadow Minister (Home Affairs) from 2007 to 2010. After the 2010 election, Andrew was elected to the Foreign Affairs Select Committee, which is charged with monitoring the activities of the Foreign and Commonwealth Office, including the diplomatic service and broader international issues. That same year, he was also appointed as Governor of the Westminster Foundation for Democracy, which works with emerging democracies to strengthen institutions and help them on their path to free and fair democracy.

Within Parliament, Andrew has also been involved with various All-Party Parliamentary Groups (APPGs) that are of relevance to the Polar Regions, as well as to Commonwealth and small island states that fall within the wider scope of PRPI. Andrew is the Chairman of the APPGs for the British Overseas Territories (which includes the British Antarctic Territory), Australia and New Zealand, Canada, Mauritius and the Pacific Islands; the Vice-Chair of the APPGs for Bermuda, Denmark and Estonia; Secretary of the APPG for the Falkland Islands; and Officer for the APPG on Biodiversity. He is also the Founder and former Chairman of the APPG for the Polar Regions (Arctic and Antarctic).