The 9th International Penguin Congress: ‘The future is not looking rosy’ 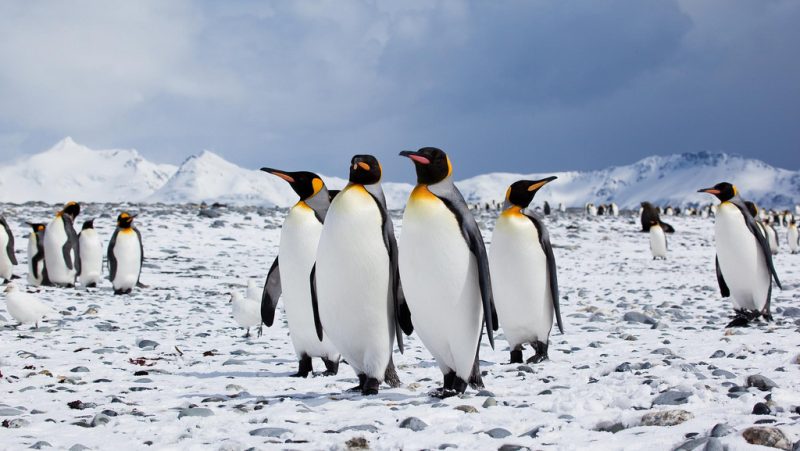 Early September, Cape Town played host to the 9th International Penguin Congress (IPC9), a unique event focusing on one of the world’s most iconic yet endangered group of birds. Experts at this event revealed that a frightening 55% of penguin species are currently susceptible to extinction due to a number of threats including habitat loss, pollution, competition with fishermen for food, and climate change. Scientists, research managers, policy makers and students convened in South Africa presented their research and brainstormed ideas in workshops in order to assess the severity of these threats and to come up with tangible action plans.

Penguins are a group of seabirds that comprises 18 species living in a range of environments that spans the Southern Hemisphere. They have braved some of the most extreme conditions over the last 60 million years including brooding their young at -30◦C or diving in icy waters to 200m depth in search of their food (1). However penguin populations have steadily declined over the 20th century due to human explorers harvesting adults for their skin, eggs and feathers, marine pollution, competition with fisheries for food and accidental bycatch among other factors (2). Accelerated climate change is now pushing these populations to a tipping point through ocean warming and the melting of sea ice which is leading to a reduction in the supply of their main food items and in the space available for raising their young (3). As a result, all but 2 of the extant 18 penguin species are listed on the IUCN red list as ‘Near Threatened’ or worse. Fortunately, annual events such as IPC9 provide a novel and promising platform through which all those concerned with the future of these birds can gather to devise a global conservation strategy.

Delegates from the 7 working continents gathered at IPC9 discussed on-going research on penguin biology, ecology, health and behavior with relevance for conservation via talks and posters. Several researchers validated the use of new and inexpensive methods to monitor penguin populations, a crucial step-forward towards establishing the status of large and inaccessible colonies in the rapidly warming Antarctic environment. These fascinating developments include detecting penguins using satellite imagery of their guano (feces) stains (4), gathering colony information via the Penguin Watch citizen science datasets (5) and large open data access frameworks such as the Mapping Application for Penguin Populations and Projected Dynamics web application (6). Raising public awareness of the plight of penguins was also a hot topic, as, highlighted by Dr. Peter Dann of the Phillip Nature Parks, the status of these animals is still declining despite their evident popularity (more than one million tourists visit penguin sites every year generating $1.4 billion yearly) (8). Fortunately, educational programs are already reaching out to the public and helping to inspire conservation action as evidenced by representatives of organizations such as the Penguin Promises campaign, the Polk Penguin Conservation Centre field and zoo collaboration or the Snow Penguins encounter program of SkiDubai.

Conservation issues were further tackled during several dedicated workshops. Two of these focused on sharing tools with which to evaluate the status of penguin species worldwide and better understand how they use their feeding and breeding regions in space and time with the aim of prioritizing specific colonies and areas for conservation. Workshop participant Dr. Pablo Garcia Borboroglu, co-chair of the IUCN Penguin Specialist Group, revealed that certain penguin populations have increased in numbers since the last International Penguin Congress (9). However, while the conservation status of the Adélie, Gentoo and the Royal Penguin was downgraded from endangered to vulnerable on the IUCN Red List of Threatened Species on the 7th of September, experts urged fisheries and human activities that negatively impact penguins to immediately strengthen their laws and policies (10). It is hoped that information gathered during the workshops may finally persuade CCAMLR, the commission charged with preserving Antarctic marine life, to consider protecting penguin feeding grounds by establishing Marine Protected Areas (MPAs) in the ecologically important Southern Ocean waters when the organization meets this coming October (11).

All in all, ICP9 revealed innovative research and led to some exciting collaborations that will hopefully bear fruit by the time the next International Penguin Conference comes around in 2019. At the moment, however, most penguin populations are in decline which also goes to show that the marine environment is rapidly changing and is still being poorly-managed. As Dr. Dee Boersma of the Centre for Penguins as Ocean Sentinels warns, ‘Penguins are sentinels of ocean health, and the future is not looking rosy’. Continuing to research penguins can help to inform scientists on the health of marine ecosystems and in designing effective conservation strategies for the southern hemisphere’s oceans (12). Penguins also play other extremely important ecological roles which are crucial to protect in order to maintain the delicate balance in our oceans. You can learn more about these seabirds and what you can do to protect them on the webpage of the Global Penguin Society.

Caitlin Frankish is an Associate in the Natural Environment Unit at Polar Research and Policy Initiative. She holds an MSci degree in Marine Biology from the University of Southampton and spent the third year of her degree studying arctic biology and environment management at the University Centre in Svalbard. Her polar research interests include cross-ecosystem interactions and ecosystem-based management in the context of global change.

Geostrategic Futures in the Southern Ocean and Antarctica