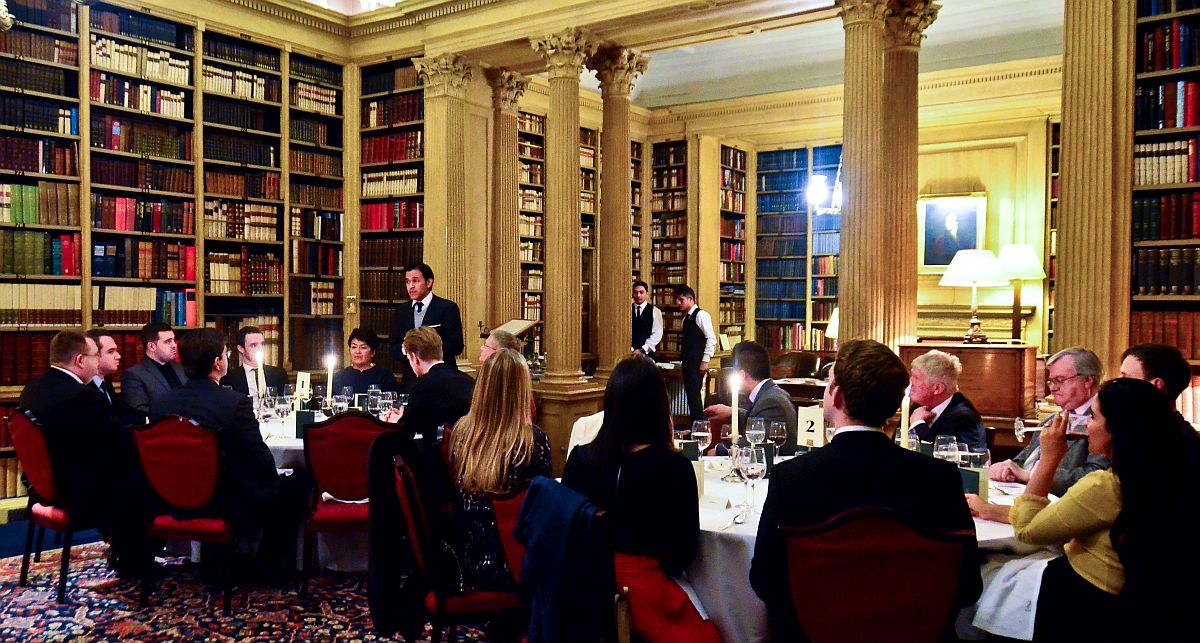 Press release from the Polar Research and Policy Initiative published in The Arctic Journal.

London, UK: The former Prime Minister of Greenland, Aleqa Hammond, is in London to attend the private launch of Polar Research and Policy Initiative (PRPI), the UK’s first and only think-tank dedicated exclusively to issues concerning the Arctic and the Antarctic. She will be joined at the launch by senior international civil servants, policymakers and diplomats; researchers; explorers; as well as trade and NGO representatives with an interest in the Arctic.

The Polar Research and Policy Initiative (PRPI) is an international, independent, non- partisan think-tank founded by Dr Dwayne Ryan Menezes and Mr Christophe Milhères in September 2015, in response to the need they identified for a UK-based think-tank that deals with the Arctic and the Antarctic. Dr Menezes noted, “We felt that the need arose not just because of the UK’s geographic position as a ‘near-Arctic’ state and its long history of scientific research and exploration in the Polar Regions, but also because – as the gateway between Europe, the Commonwealth and the US – there is much that the UK can uniquely contribute in terms of research expertise and trade opportunities to the sustainable development of the Polar Regions.”

PRPI is built upon the strong foundation of the Human Security Centre, a London- based foreign policy think-tank Dr Menezes co-founded in August 2014. Based in London, PRPI seeks to facilitate both within the UK and across the Commonwealth a crucial, sustained, high-level and high-impact dialogue between scholars, experts, explorers, policymakers, indigenous peoples, civil society, private sector firms and other stakeholders about the most important issues facing the Polar Regions. Its remit shall range from tackling the causes and consequences of climate change and supporting the protection of marine and coastal environments to addressing the socio-economic challenges faced by indigenous peoples and facilitating trade and investment opportunities in a manner that builds on the twin pillars of sustainable development and environmental stewardship.

In doing so, PRPI aims to raise the profile and understanding of the Polar Regions in the UK and across the Commonwealth; increase and sustain the scholarly, cultural, commercial and political engagement of the UK and major Commonwealth member states with the Polar Regions; and help address some of the toughest political, social, economic and environmental challenges facing polar peoples and places. As Mr Milhères revealed, “One of the guiding principles of PRPI is that the Arctic is not a free-for-all global common, but home to many indigenous peoples whose knowledge, voice, consent and partnership is crucial for any initiatives introduced therein.”

At the launch, Ms Hammond will discuss the challenges and opportunities the rapidly- changing conditions in the Arctic present both to those who live there and to the world beyond. She will also highlight the strategic importance of Greenland in the next decades; the role the UK can play in the Arctic; and the value of listening to the voice, demands and knowledge of indigenous peoples. Ms Hammond will play a leading role on the Advisory Board of PRPI, along with the Head of the Greenland Representation in Washington, Inuuteq Holm Olsen.

The private launch of PRPI will take place on 18 February 2016 at the Travellers Club in London, the oldest of the surviving Pall Mall clubs that, since 1819, has counted many statesmen, diplomats and explorers as its members. The club membership has included at least six British Prime Ministers and explorers such as Sir Rear Admiral Sir William Edward Parry (explorer of the Northwest Passage), Sir Roderick Murchison (after whom the Murchison Crater on the moon is named) and Sir William Thesiger.

The Arctic Journal publishes press releases as a service to our readers. The sender is responsible for all content.