Export Trade from the Canadian Territories: A Closer Look 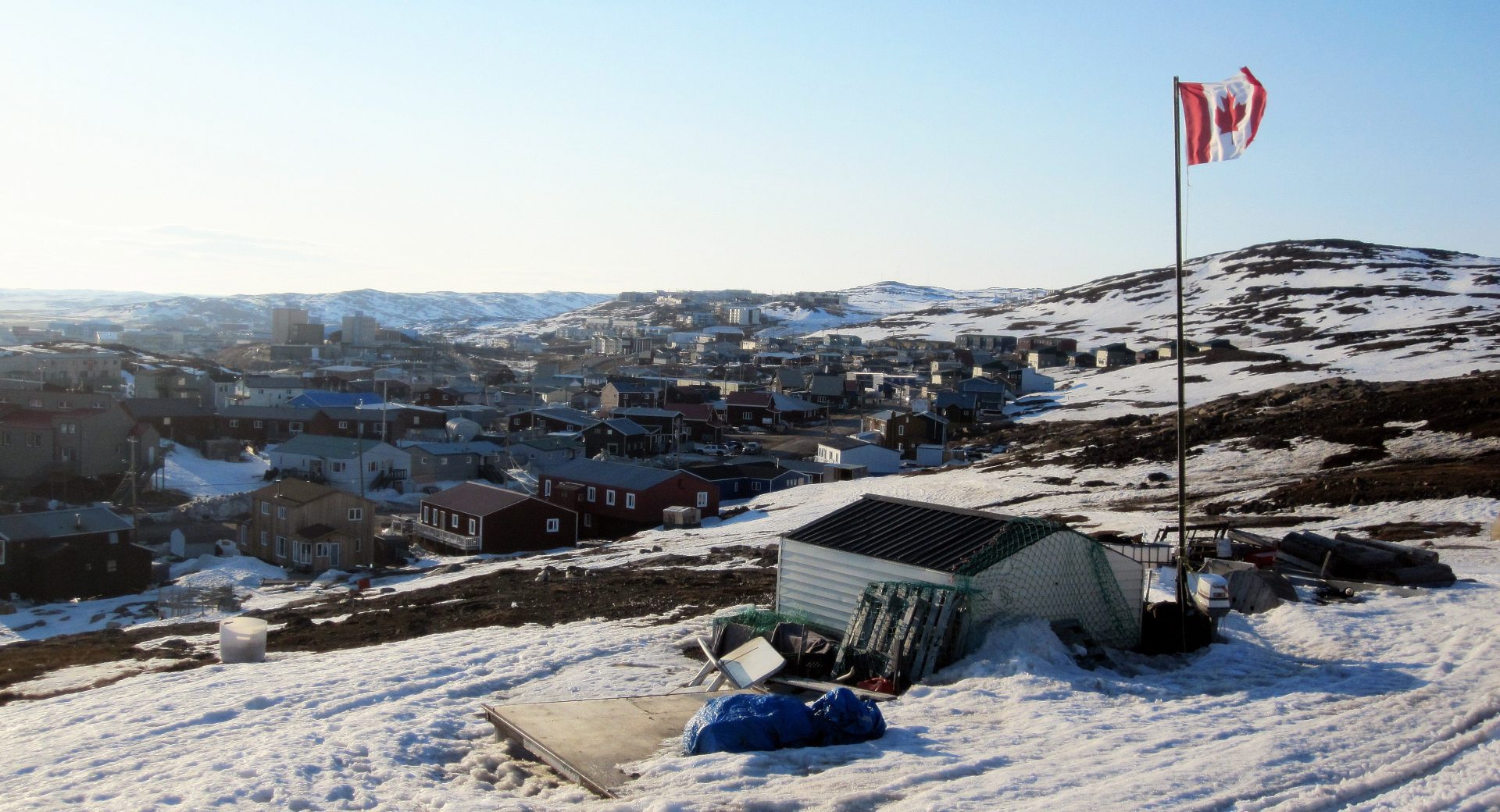 In a previous article, I provided an overview of international trade between the Canadian territories (Yukon, Northwest Territories, Nunavut) and the Arctic states for year-end 2016. This article focuses on the categories of exported goods from the three territories to the United States, the world and the European Arctic. More specifically, this article provides a better understanding of Canada’s Northern exports outside of the resource industry and addresses some challenges and opportunities for territorial exports. This kind of analysis is pertinent because the new Arctic Policy Framework Discussion Guide proposes diversifying the regional economy (INAC, 2017), and it will be important to know the export strengths of the three territories.

Export Trade from the Canadian Territories

The sections (categories) of traded/exported goods discussed in this article are determined by the World Customs Organization’s (WCO) Harmonized System 2017 that Canada and the other Arctic states use for organisational and comparison purposes (Statistics Canada, 2018, May 30; WCO, 2017, Sept. 21). A complete list of the 21 sections and details on the types of goods found in each section can be found here.

Table 1 provides the actual dollar amount of goods the three territories exported to the United States and the world in 2017, and Table 2 does the same for the European Arctic states. In comparing the different markets, three observations emerge.

Second, Nunavut has the potential to be a key regional exporter for Canada both globally and with the European Arctic states. For example, Table 1 shows that Nunavut exports goods from 19 sections to the world, with Yukon coming in a close second with exports in 18 sections, and the NWT with exports in 14 sections. Nunavut also exports the most diverse range of goods to the European Arctic (7 sections) in comparison to Yukon (3 sections) and the NWT (2 sections) as shown in Table 2. However, when it comes to trade with the US, Nunavut trails with only 8 sections, whereas Yukon leads with 16 sections, followed by the NWT with 9 sections (Table 1). Although Nunavut only leads the territories in terms of the value of the exported goods in the European Arctic, their export record in 2017 is impressive considering Nunavut’s challenges with transportation and communications infrastructure that would be needed to ship goods in comparison to Yukon and even the NWT (see: National Aboriginal Economic Development Board, 2016).

Third, while minerals and metals from the mining industry are exported to the United States and the world in general (sections V, XIV, XV) (see Table 1), these goods were not exported to the European Arctic states in 2017 (Table 2). As such, the total dollar value of the goods exported by the territories to these locations has a significantly lower dollar value in comparison to goods exported to the United States and the world. Understanding these differences is important for tapping into the potential of the European Arctic market and the resources that will be needed to increase the territories’ capacity to export their goods.

Table 1: Export Trade from the Three Canadian Territories to the United States and the World 2017 (CAD actual numbers, customs basis)


For a more detailed discussion on trade in the Canadian North, particularly with small and medium sized enterprises (SMES), see The Gordon Foundation’s background research for the 2018 Northern Policy Hackathon.

The federal government indicated in the new Arctic Policy Framework Discussion Guide (INAC, 2017) that economic diversification is a priority and that new “trade and investment opportunities across the Arctic and with southern markets” (p.15) is one of the desired outcomes. Following through on this statement would certainly help strengthen the territories trade with the European Arctic and increase the dollar value of exports that fall outside of the extractive resource industry. There are, however, different issues that must first be considered.

Problematically for Canada’s Northern businesses, there is uneven access to broadband across the three territories, and where it is available, it is more expensive and slower than in the rest of Canada (Windeyer, 2016, April 22). Moreover, the territories are lagging in comparison to their European Arctic partners (see: AEC, 2016). This means that the full potential of these businesses to export is not being reached.

The Canadian government has announced that “All 25 communities in Nunavut will have faster internet by 2019, after a new satellite to be launched next year gives the territory access to a different frequency with more capacity” (Frizzell, 2017; Sept, 14, para. 1). While this is a step in the right direction, broadband via cable or fiber is faster and more reliable (see: Adamson-Pickett, 2018, March 13). This technology, however, can be cost prohibitive because fiber would cost about $1B (CAD) to install, just in Nunavut alone (Oudshoorn, 2016, Jan. 20). As such, Northern businesses will likely remain at a digital disadvantage. Telecommunications must become more accessible for Northern businesses to expand their overseas customer base.

My previous article stated that inadequate transportation infrastructure poses a problem for exporting. Since then, the federal government has announced infrastructure projects in the three territories that will “address the unique transportation needs in Canada’s territorial North to improve safety and foster economic and social development” (Government of Canada, 2018, July 19, para 1) as part of the National Trade Corridors Fund.

While these investments will help the movement of goods out of the North, continued support for port development in Iqaluit cannot be overlooked, especially as the majority of Canada’s Northern exports to the European Arctic originate in this territory. Indeed, “Nunavut stands to benefit significantly from preferential access to the EU market” (Government of Canada, 2017, March 30) with the implementation of the Canada-European Union: Comprehensive Economic and Trade Agreement (CETA). Economic infrastructure investments should prioritize this opportunity, especially as Arctic waters are becoming more accessible.

In 2018, the Canadian government imposed its own tariff on American steel and aluminum (and a number of other goods) as a response to American tariffs on Canadian steel and aluminum (see: Department of Finance Canada, 2018, May 31). The tariffs on American metals have the potential to affect Northern exports, especially as the largest export sector for both Nunavut and the Northwest Territories to the European Arctic are from section XVI, which includes ‘Machinery and mechanical appliances’ (see Table 2). If Northern businesses in this sector source their aluminum and steel from the United States, they are likely to account for the tariffs in the cost of their products. This means that for as long as these tariffs are in place, European Arctic importers may look elsewhere for less expensive goods, possibly affecting the long-term potential for the Northwest Territories and Nunavut to develop and expand their export capabilities. There are also concerns at the pan-Arctic level that this trade dispute will negatively affect regional trade more broadly (Eilertsen, 2018, June 4). Unfortunately for Northern businesses, they are at the mercy of politicians when it comes to these matters.

Despite this, there are some opportunities for Canada’s Northern businesses. Internet and infrastructure are two of the Arctic Economic Council’s priority areas and the subject matter of two of their working groups (see: AEC, n.d.a). Canada’s Northern businesses have the opportunity learn from other Arctic businesses and through regional best practices (AEC, n.d.b.). This can be particularly useful as businesses in the territories are waiting for regional transportation and communication infrastructure to be developed. The AEC can also be a venue for regional business stakeholders to engage with politicians and policy makers in terms of regional development requirements, and also as a venue to collectively speak out against the harmful nature of tariffs, especially on smaller businesses.

This article provided an overview of the types of goods that the three territories export to the United States, the European Arctic and the world. What emerges from this information is the potential of Nunavut businesses to become stronger regional exporters. They already have the most diverse range of goods that are exported to the EU, which will likely increase in time with CETA. Efforts are being made to improve internet access in the territory, which can improve the capacity of these businesses to export their products. Moreover, the capacity of Nunavut’s businesses to export their goods to the European Arctic will also likely increase once the Iqaluit port is complete.

At the same time, this is just a snapshot of what the Northern export economy looks like at a certain point in time. There are yearly variances that are affected by larger political and economic forces, meaning that a multi-year analysis is needed to show long-term trends that can be used for both business and policy decision making.

AEC. (n.d.b.). About Us. Retrieved from: https://arcticeconomiccouncil.com/about-us/

Department of Finance. (2018, May 31). Notice of Intent to Impose Countermeasures Action Against the United States in Response to Tariffs on Canadian Steel and Aluminum Products. Retrieved September 2, 2018 from: https://www.fin.gc.ca/activty/consult/cacsap-cmpcaa-eng.asp

Government of Canada. (2018, May 16). Government of Canada Invests in Transportation Infrastructure at First Air Operations in Iqaluit and Five Airports in Nunavut. Retrieved September 2, 2018 from: https://www.canada.ca/en/transport-canada/news/2018/05/government-of-canada-invests-in-transportation-infrastructure-at-first-air-operations-in-iqaluit-and-five-airports-in-nunavut.html

Karen Everett is a Fellow at the Polar Research and Policy Initiative (PRPI), with a focus on trade and investment in the Canadian North, as well as border security in Arctic and sub-Arctic borderlands. She is also a Research Scholar with the Arctic Futures Initiative at the International Institute for Applied Systems Analysis (IIASA). Karen completed her PhD program at the Frost Centre for Canadian Studies and Indigenous Studies at Trent University (Canada) where her research examined security in the Canadian North, including emerging regional border management issues. She is currently based in Austria.