Commercial Sealers under the UN Declaration on the Rights of Peasants 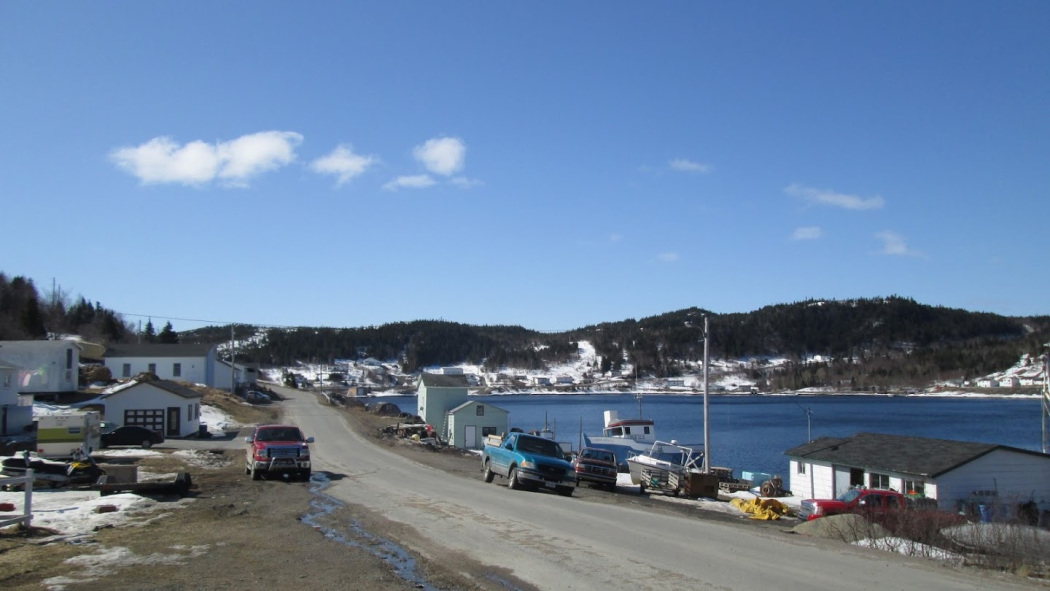 On 17 December 2018, the United Nations General Assembly (UNGA) adopted the Declaration on the Rights of Peasants and Other People Working in Rural Areas (UNROP). The document, which encompasses 28 articles, is a far-reaching human rights instrument, which combines well-established human rights standards with labour rights, environmental rights and, more specifically, women’s rights. Additionally, the UNROP reaffirms and explicitly includes indigenous peoples into its scope of application. (See also my older blog post here.)

In this post, I will explore how the UNROP could serve as the first human rights instrument that is directly applicable to non-indigenous seal hunters in Newfoundland and the Magdalen Islands, Canada, where the world’s most controversial – and, as some argue, largest – hunt for marine mammals takes place. Even though the seal hunt is labelled as ‘commercial’, its contemporary dimensions rather correspond to ‘sealing for a living’ than ‘sealing for profit’ since its mode of operation is rather small (Sellheim, 2015). As I have argued elsewhere, contrary to indigenous marine mammal hunters, commercial sealers do not have a specific legal reference point that enables them to argue their case and that provides them with a human rights umbrella (Sellheim, 2018). With the adoption of the UNROP, this might change.

At the outset, it must be said that the UNROP, as with any other declaration by the UNGA, is not a legally-binding document, which means that states cannot be taken to court in case of breaching its provisions. This being said, most of the rights in the UNROP directly derive from legally-binding conventions or covenants or are established as customary law. Therefore, by not adhering to it, states may also not adhere to human rights principles to which they would otherwise be legally bound. In this sense, it is not surprising that states obligations in the UNROP are formulated in an obligatory manner, using the term ‘shall’.

Nevertheless, I argue that sealers rights fall under the scope of the UNROP since a ‘peasant or other people working in rural areas’ (here abbreviated as POPRA) according to article 1.1. are defined as

any person engaged in artisanal or small-scale agriculture, crop planting, livestock raising, pastoralism, fishing, forestry, hunting or gathering, and handicrafts related to agriculture or a related occupation in a rural area

Since a sealing vessel is usually a business unit and thus owned and operated by one or two fishermen, employing a small crew, they fall under the rubric of ‘small-scale’ or ‘artisanal’ since any industrialised, large-scale operation is absent. Moreover, the communities in which sealing takes place are remote communities on the shores of the islands. The community in Newfoundland where I conducted my fieldwork in 2013, for instance, received its first road in the 1960s and was merely accessible via boat or dogsled before that. In terms of definition, therefore, sealers can be considered POPRA as defined by the UNROP. 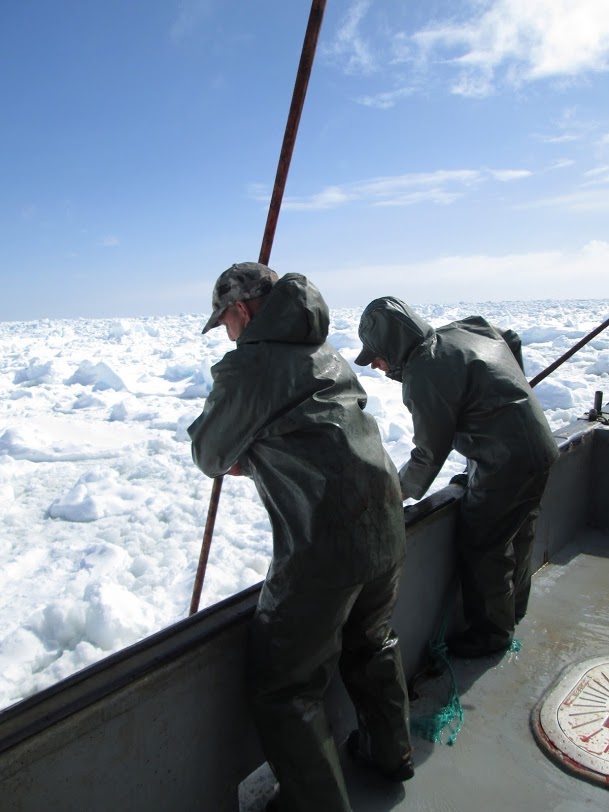 Substantively, POPRA are given a large number of rights under the UNROP. For this particular context, article 5.1 is of relevance as it establishes that they have “the right to have access to and to use in a sustainable manner the natural resources present in their communities” and “to participate in the management of these resources.”

Even though ‘present in their communities’ is not closely defined, it can be assumed that seals that can be seen from the shore and be hunted from small boats also fall under this criterion. Since the harp seal (Pagophilus groenlandicus), the primary species taken by commercial sealers, is not endangered and not subject to a conservation regime, its exploitation for placing their products on the market is legally possible. Access to this species as a means to “enjoy adequate living conditions” (Ibid.) is therefore an established right under the UNROP.

Secondly, article 5.2. requires states to “ensure that any exploitation affecting the natural resources that peasants and other people working in rural areas traditionally hold or use is permitted.” This means, amongst other things, that social and environmental impact assessments are to be carried out and that consultations are to be held in good faith. When read in conjunction with article 2.4., which requires states to “elaborate, interpret and apply relevant international agreements and standards to which they are a party in a manner consistent with their human rights obligations” applicable to POPRA, it becomes clear that the European Union’s 2009 ban on trade in seal products stands in gross violation of these provisions. First, commercial sealers were not consulted; second, even though an impact assessment was conducted, it took the labelling of commercial sealing as inherently cruel and inhumane as a point of departure; third, the EU has not shown any intention to amend its ban in a manner that takes the interests of sealers into consideration. Whether or not, after the adoption of the UNROP, this might happen remains in the sphere of speculation, but appears unlikely.

Coastal communities in Atlantic Canada suffer greatly from outmigration, particularly in Newfoundland. While there are numerous reasons for this, my own research has shown that young people, even though they would like to stay, prefer moving away because of better employment opportunities outside of the sealing sector. After all, seal products are not a reliable source of income anymore. Since this is the case and employment in my own field site is not diverse, “States shall take appropriate measures to establish and promote sustainable food systems that are sufficiently labour-intensive to contribute to the creation of decent employment” (article 13.4.). Sealers thus now have a reference point to a state obligation to support them in their sealing endeavours, particularly when read in conjunction with article 15.1., which provides POPRA with the right to “to produce food and the right to adequate nutrition, which guarantee the possibility of enjoying the highest degree of physical, emotional and intellectual development.” To this end, states are now required to provide POPRA with “physical and economic access at all times to sufficient and adequate food that is produced and consumed sustainably and equitably, respecting their cultures” (article 15.2.). Since seal products are produced and consumed sustainably and are an inherent part of the culture on Newfoundland and the Magdalen Islands, this obligation provides a powerful tool to ensure continuous access to seals and sealing as a source of employment.

The UNROP further underlines the link between conservation and sustainable use – a link that has caused a rift in the International Whaling Commission (IWC), but which is a commonly found narrative under the Convention on Biological Diversity. In the context of seals, a similar normative rift as under the IWC can be found. Discursively, seals are not linked with sustainable use, but rather with preservation, which employs no-use practices. According to article 17.7., states are required to aim at “conservation and sustainable use of land and other natural resources used in their production, including through agroecology, and ensure the conditions for the regeneration of biological and other natural capacities and cycles.” While prima facie an environmental provision, the link to the systemic interaction between humans and the environment – a socio-ecological system – rises to the surface. This is particularly underlined since states, according to article 18.1., are required to ensure the “productive capacity” of POPRA lands. Moreover, “States shall take appropriate measures to promote and protect the traditional knowledge, innovation and practices of [POPRA], including traditional agrarian, pastoral, forestry, fisheries, livestock and agroecological systems relevant to the conservation and sustainable use of biological diversity” (article 20.2.). The use of seals as part of the traditional interaction with the sea is thus a right that can be legally justified based on the UNROP.

Apart from rather concrete provisions, the UNROP also provides for provisions relating to mental health, dignity and culture. While being held in a rather general manner, it is particularly the above that could serve as legal reference points in the discussion surrounding sealing. Even though organisations opposing the seal hunt have become rather silent – after all, the seal hunt is no longer in the tabloids – states are furthermore required to “take all necessary measures to ensure that non-State actors that they are in a position to regulate, such as private individuals and organizations, and transnational corporations and other business enterprises, respect and strengthen the rights of peasants and other people working in rural areas” (article 2.5.). Whether or not this will translate into actual practice to further limit interference with sealing operations remains to be seen.