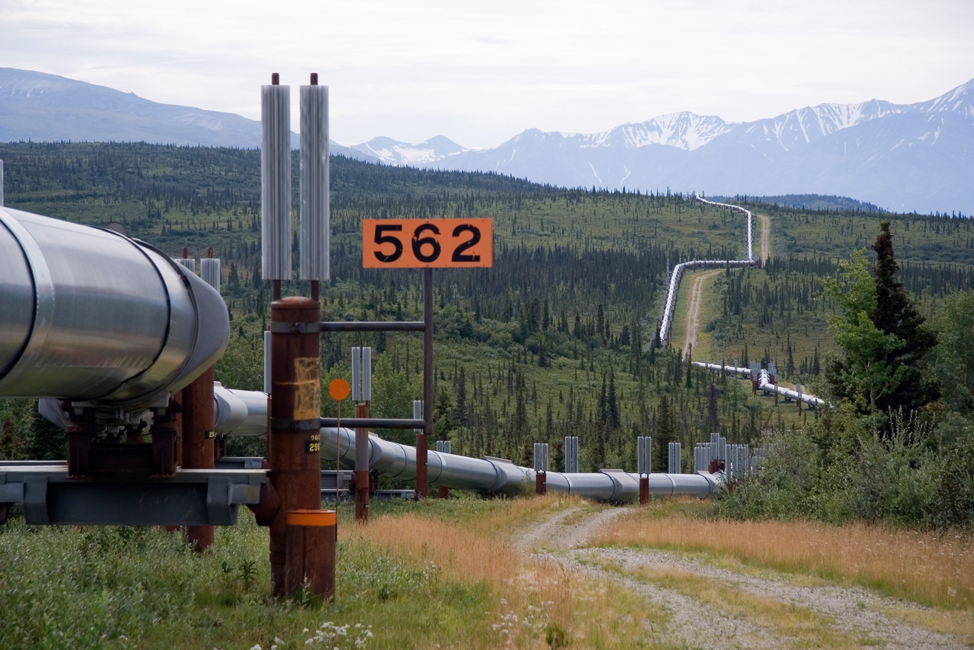 The Trans-Alaska Pipeline spans 1,300 km from the Arctic Ocean to the Gulf of Alaska. Photo by Luca Galuzzi [CC BY-SA (https://creativecommons.org/licenses/by-sa/2.5)]

In August 2019, London-headquartered oil and gas company BP announced it would be selling all of its Alaska assets in a US$ 5.6 billion deal to Hilcorp, LLC, a private, Texas-based oil and gas company. On Tuesday, the acquisition cleared a substantial hurdle when the U.S. Federal Trade Commission (FTC) announced it had no anti-trust concerns and will allow the deal to advance. But other federal and state hurdles remain, including approval by the Regulatory Commission of Alaska (RCA) for the transfer of the Trans-Alaska Pipeline System (TAPS), of which Hilcorp would acquire the dominant share (48.44%).

Hilcorp has been operating in Alaska’s Cook Inlet and North Slope regions as Hilcorp Alaska since 2012. In that time, it has gained a reputation in the state for its lean operations and numerous safety and environmental violations. Hilcorp’s operational strategy, sometimes referred to as “acquire and exploit”, involves acquiring and reviving older oil and gas properties and legacy wells that are in decline, and cutting costs to push the return limits for aging wells. But a string of regulatory violations in 2015 led the Alaska Oil and Gas Conservation Commission (AGOCC) to conclude a “disregard for regulatory compliance is endemic to Hilcorp’s approach.” Hilcorp has also been mired by multiple accidents, including the death of a worker at Milne Point on the North Slope last year, unauthorized use of nitrogen in a well cleanup that imperiled the lives of three workers in 2015, and a months-long methane leak in Cook Inlet in Southcentral Alaska.

BP’s exit from Alaska marks one stage of a steady decline of oil production and profits for the U.S.’s only Arctic state. But the sudden departure of BP after 60 years of operating in Alaska is also one of the most consequential business deals to happen in Alaska this century. Of greatest impact may be the transfer of TAPS from BP to Hilcorp’s pipeline subsidiary, Harvest Alaska. This includes the 1,300-km pipeline traversing the state from Prudhoe Bay to Valdez.

But TAPS is not just a pipeline; it also includes mid-stream assets like feeder lines throughout the North Slope, the Valdez marine terminal and oil tankers. In transferring its assets to Hilcorp, BP is essentially handing over the reins to its dominant share (48.44%) of the most important energy infrastructure in Alaska – infrastructure that affects Federal, State, tribal, and ANCSA lands and waters.

Hilcorp has had little interaction with the public at large regarding the transfer of the dominant share of TAPS nor has it solicited public processes of consultation or hearings. The initial public comment period on the Regulatory Commission of Alaska’s docket, to approve the transfer of TAPS, was a mere 21-days. Though it was eventually extended until 13 December 2019, there are concerns that the public has not been given time for legislative information sessions or other opportunities to gather more information about the deal and its fine print. 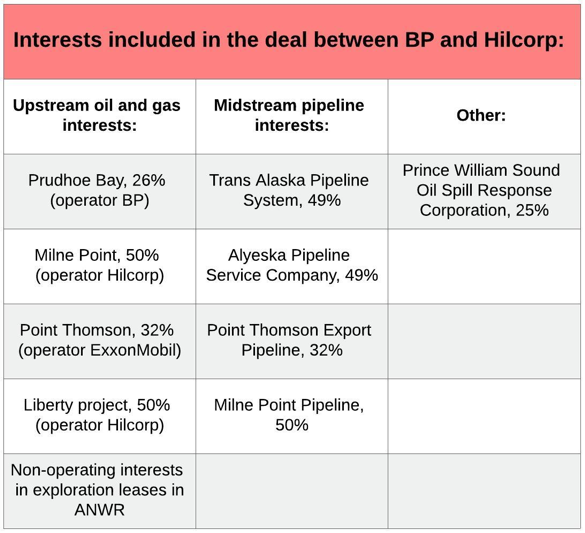 Unlike BP, whose status as a C-corporation means that its financial disclosures are public, the dearth of information regarding Hilcorp’s financial assets is concerning to many. Moody’s Investors Service launched a “review for downgrade” of Hilcorp’s rating after the deal was announced in August, citing a “capital structure uncertainty created by the lack of any funding details” and its concern over significant increases to the company’s absolute debt levels and leverage.

As a private S-corporation, Hilcorp is subject to different financial regulations than other major oil companies operating in Alaska. For example, Hilcorp is not required to disclose its financial statements, making it difficult to determine how Hilcorp will manage its Alaska assets or whether or not it will be a responsible and financially stable contributor to Alaska’s economy. On top of that, as a private S-corporation, Hilcorp is not subject to the same corporate income taxes as BP and other C-corporations were, resulting in estimated losses of $30 million per year to the State of Alaska after the transfer occurs. The structure of Alaska’s oil tax regime, meanwhile, has consistently lost the State money, with the state of Alaska often paying the industry more cash in credits from its unrestricted general fund than the fund will get back in oil revenue.

On a wider scale, the deal itself raises questions about the relationship between states and oil companies. The pipeline is a public asset, and BP’s departure is already having a huge impact on Alaskans, including BP’s 1,600 employees in the state and the many organizations that received philanthropic funding from BP. Yet, the transfer of BP’s assets to Hilcorp is being treated by some as a private business deal between two free-market corporations, with the public at large given little consultation and much less ownership over decisions being made.

This highlights a persistent tension in Alaska and elsewhere over the regulation of business in a free-market economy and what it actually means to protect the public interest in land and resource management decisions.  Attracting capital investment through resource development without regulatory strings attached ought to be measured carefully against the actual economic benefit to the state, and the environmental and opportunity costs open-door policies entail, both now and for future generations.

One measure for ensuring the wider Alaska public interests are protected, suggests policy analyst Phil Wight, could be a charter compact between the State of Alaska and Hilcorp, modeled after the 2000 Charter for Development. The charter was supported by then-Governor Tony Knowles and also involved the FTC. It’s drafting involved robust debate about protecting Alaska’s interests, and conditioned the state’s support for the 2000 BP-Atlantic Richfield Company (ARCO) merger on substantial marketplace regulations. However, the political climate at that time, both at the State and national levels, was much different than at present. And the current administration under Alaska Governor Mike Dunleavy seems less than inclined to lead any charge to enact restrictions on Hilcorp. This week, in fact, the administration motioned to intervene in defense of Hilcorp, after Alaskan environmental groups challenged the permitting of Hilcorp’s exploration program in Cook Inlet, which involves incidental harassment of whales and other marine mammals.

Even if oil production were not declining in Alaska, the realities of the climate crisis may challenge the wisdom of continuing to so heavily orient Alaska’s economy around oil and gas development in the long term. However, Alaska’s economy is clearly still reliant on oil revenue. It is true that companies like Hilcorp may be able to eke out oil from properties that would otherwise be abandoned. But even as companies aim to reinvigorate waning oil production, perhaps it is time for Alaska to take a cue from BP itself, and begin strategically planning for ways to diversify its revenue streams in the energy sector. Looking to Norway as an example, more diverse and longer-term investments could help Alaska transition away from reliance on oil and into other industries to build a more resilient economy.